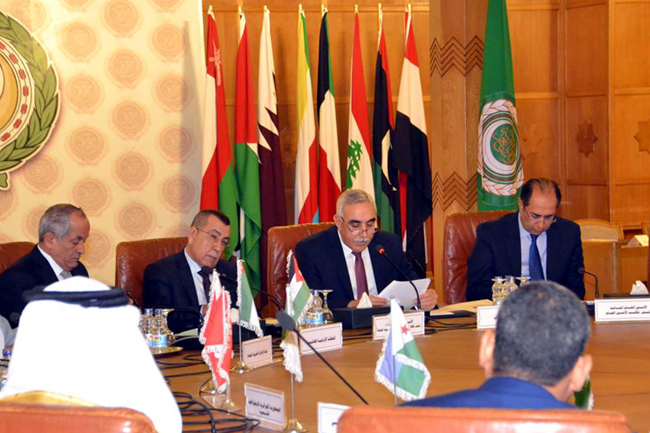 Iraq chaired the emergency meeting of the League of Arab States at the level of permanent delegates to discuss the measures that could be taken by Arab countries with regard to Brazil opening a commercial office in Jerusalem.
Iraq was represented by Dr. Ahmad Nayef Al-Dulaimi, the ambassador of the Republic of Iraq in Cairo and its permanent representative to the League of Arab States, as he delivered a speech in which he emphasized that the successive and accelerating developments in the Palestinian issue necessitated a swift and resolute confrontation.
He called for preventing the recurrence of such actions by issuing measures with a direct impact, and serving the aspirations of our brothers in Palestine, and the aspirations of our peoples and countries.
Once again, Iraq’s position on the struggle of the Palestinian people, and its legitimate rights: the Republic of Iraq has always expressed its firm and principled stance towards the Palestinian cause, and it has been and will continue to be among its defenders by all legitimate means.
And I say by saying: His Excellency the Minister of Foreign Affairs of the Republic of Iraq, Dr. Muhammad Ali Al-Hakim, has sent a message to Mr. Ernesto Araujo, Minister of Foreign Affairs of the Federal Republic of Brazil, expressing Iraq’s position rejecting the statement made by the Brazilian government on the tenth of last November to open a commercial office in Jerusalem. Occupied.
Adding: The (decision) was contrary to Brazil's steadfast stance in support of the Palestinian cause, and contrary to UN Security Council Resolution 478 of 1980.
Ambassador Al-Dulaimi expressed his aspiration for the word Arabs to meet to achieve good and prosperity for our peoples, our homelands, and our Arab nation.
The meeting was held at the request of the State of Palestine to urge the Brazilian government to withdraw from these policies that harm the interests of the Brazilian people, and not help to achieve a just peace in the Middle East.