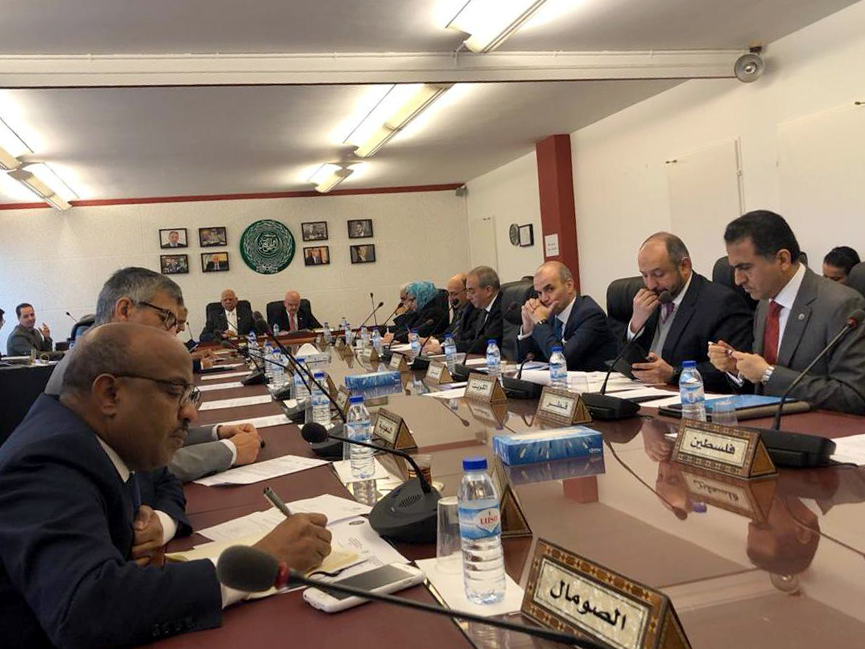 The permanent representative of the Republic of Iraq in Geneva headed Dr. Hussein Mahmoud Al-Khatib, Arab Council of Ambassadors meeting.

The meeting discussed the progress of the group’s work during the presidency of Iraq, especially at the 42nd session of the Human Rights Council, and discussed the challenges that it overcome through joint cooperation, and ways to benefit from previous experiences in strengthening the group’s role in the political groups to which it belongs, such as the Non-Aligned Movement and the Organization of Islamic Cooperation .

Ambassador Al-Khatib reviewed the activities of the group’s presidency in the last third of the year, and the Iraqi delegation made twelve statements on behalf of the Arab countries, and the presidency recommended the adoption of seven draft resolutions, and contributed with a number of Arab delegations to reach satisfactory formulations of the joint statements that the Arab group joined.

The ambassadors and heads of Arab missions praised the delegation of Iraq for the good management and coordination of the work of the presidency of the Arab Group, noting success in unifying Arab positions.