Iraq presents its actions on children affected by terrorism

Iraq presents its actions on children affected by terrorism 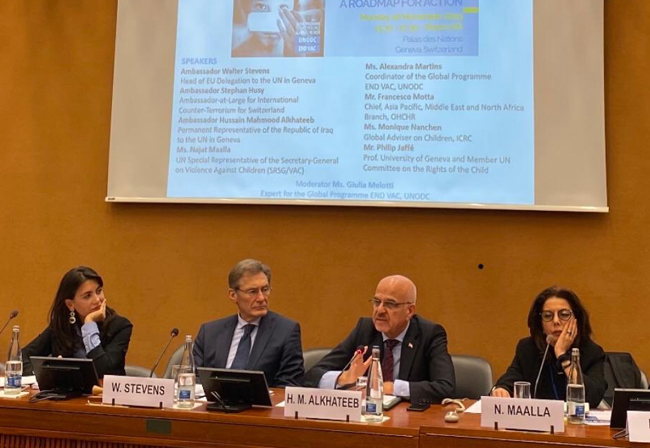 Presentation by the Permanent Representative Hussein al-Khatib Action taken by Iraq on children affected by terrorism at an event on “Children affected by terrorism: a road map for action” on the occasion of the 30th anniversary of the Convention on the Rights of the Child organized by the United Nations Office on Drugs and Crime (UNODC), the Permanent Representative of the Eastern Republic of Uruguay, To the United Nations Office at Geneva.
The Ambassador presented a statement on Iraq's commitment to the Convention as one of its signatories, and its achievements at the national level by adopting a plan to care for the children concerned, their social reintegration, and highlighted the national child protection policy.
He pointed out that Iraq dealt with the file of children of foreign fighters from ISIS terrorist gangs, and reiterated its call for countries with children in Iraq to cooperate through diplomatic channels to retrieve them.
The aim of the event is to promote global awareness of the impact of terrorism on children and to discuss the complex phenomenon of child recruitment and its implications. 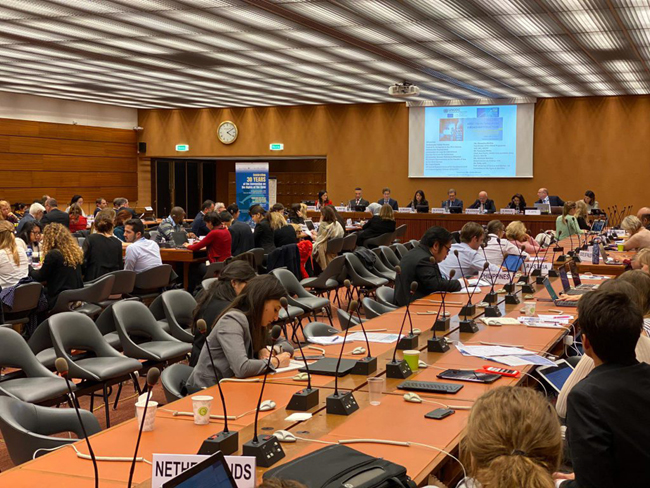