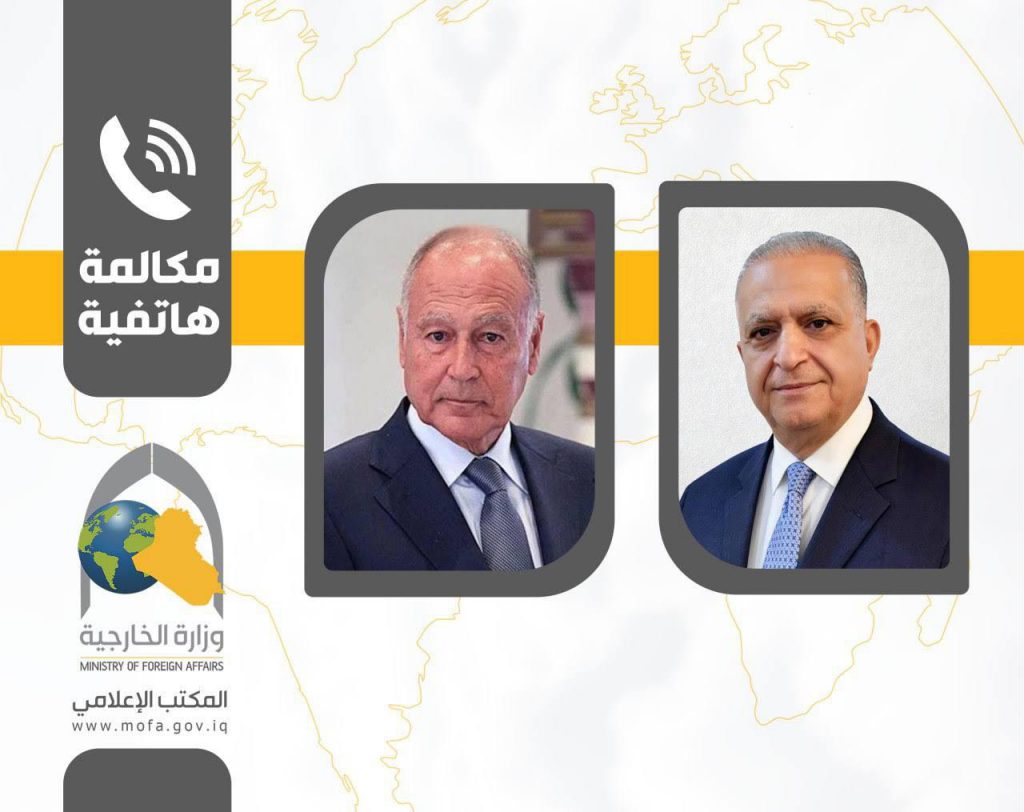 Foreign Minister Mohammed Ali al-Hakim received a phone call from the Arab League Secretary-General Ahmed Aboul Gheit, and discussed the latest developments in the region, has
also been in contact discussed ways of cooperation between Iraq and the Arab League, and to strengthen the bonds of communication service of Arab issues.

Foreign Minister receives a phone call from his Jordanian counterpart 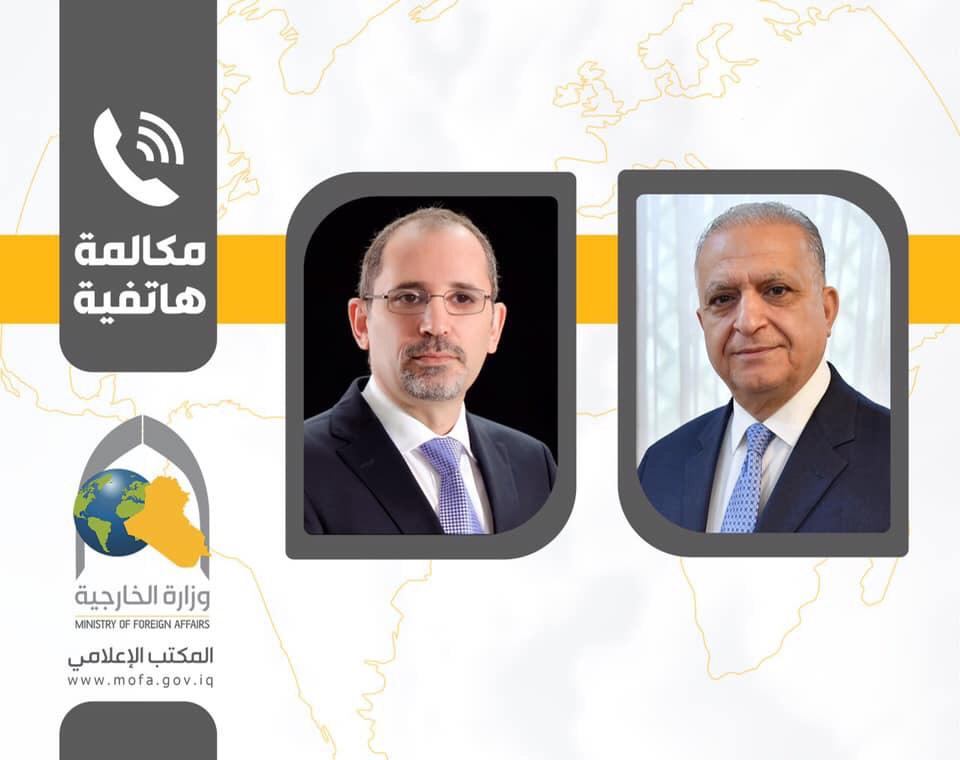 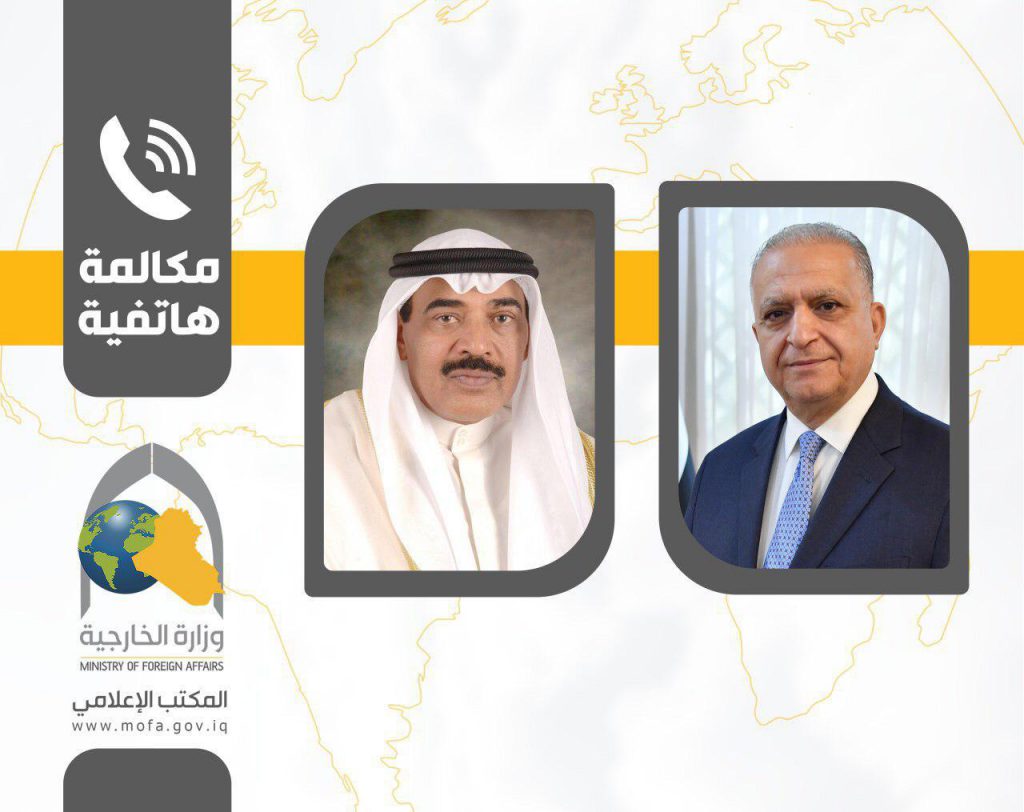 Al-Hakim expressed his congratulations on his appointment as Prime Minister of Kuwait, wishing him success in serving Kuwait and its brotherly people.

Stressing Iraq 's keenness to upgrade bilateral relations between Baghdad and Kuwait to meet the aspirations of the two brotherly peoples, and achieve more cooperation to achieve common interests. 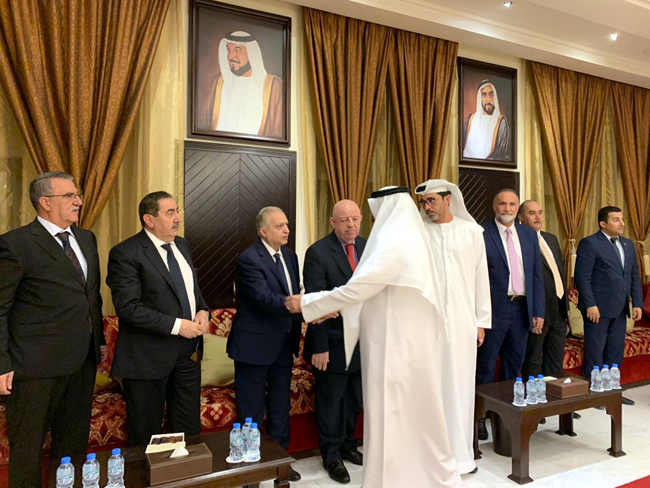 Foreign Minister Mohammed Ali al-Hakim, at the behest of Prime Minister Dr. Adel Abdul Mahdi, attended the condolence council set up by the UAE on the spirit of diplomat and politician Dr. Adnan Pachachi.
The Minister offered his condolences to the families of the deceased, expressing his deepest condolences to his family and to the Iraqi people, recalling the honorable history of the late nationalist who was characterized by moderation.
The Council of Mourning was attended by former Foreign Minister Hoshyar Zebari representing the Kurdistan Regional Government, member of the Parliamentary Foreign Relations Committee Dr. Dhafer Al-Ani, Iraq's Ambassador to the UAE Dr. Zaid Ezzeddin, the embassy staff, a group of ambassadors, and members of the diplomatic corps of Arabs, foreigners, citizens and Emirati officials. , And a large crowd of the Iraqi community residing in the UAE.
Al-Hakim participated with His Highness Sheikh Nahyan bin Mubarak Al Nahyan, Minister of Tolerance, in the funeral prayer for the late deceased at the Sultan bin Zayed Al-Nahyan Mosque.
Dr. Adnan Muzahim Pachachi died at the age of 96 in Abu Dhabi on Sunday 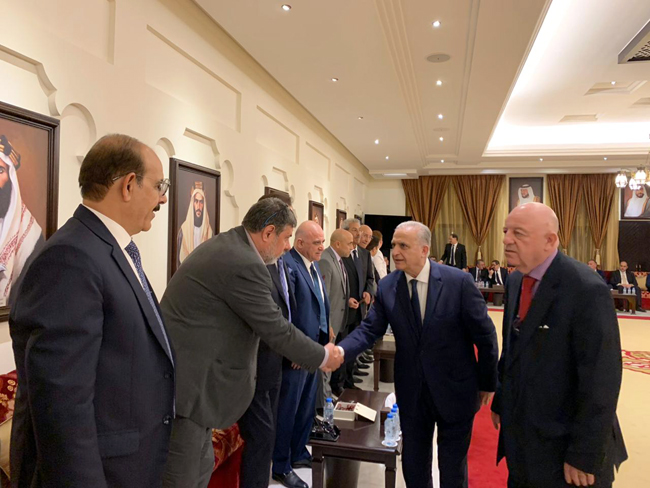 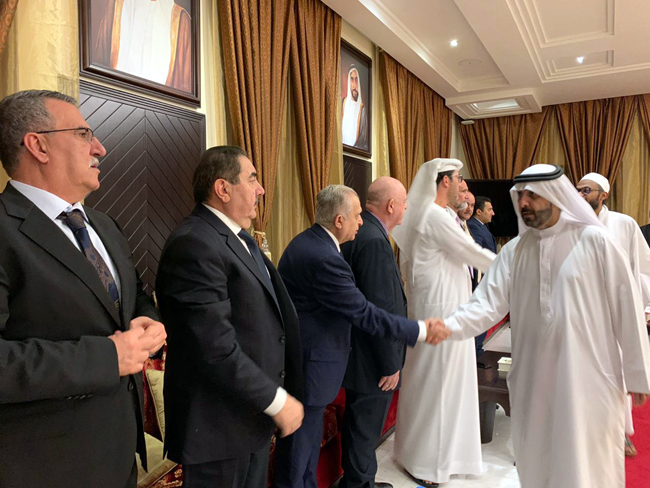 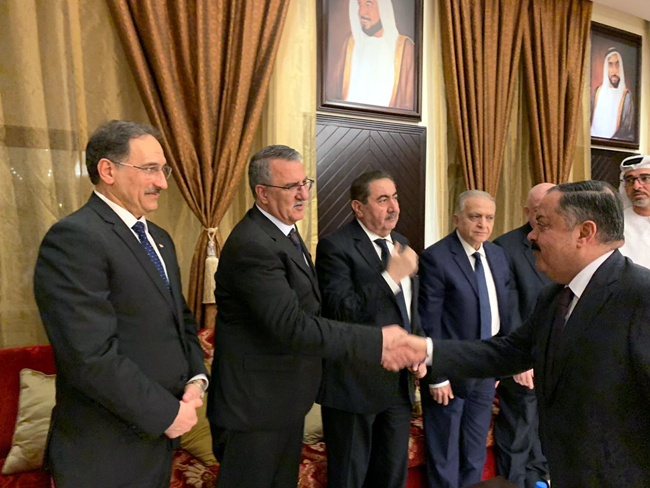