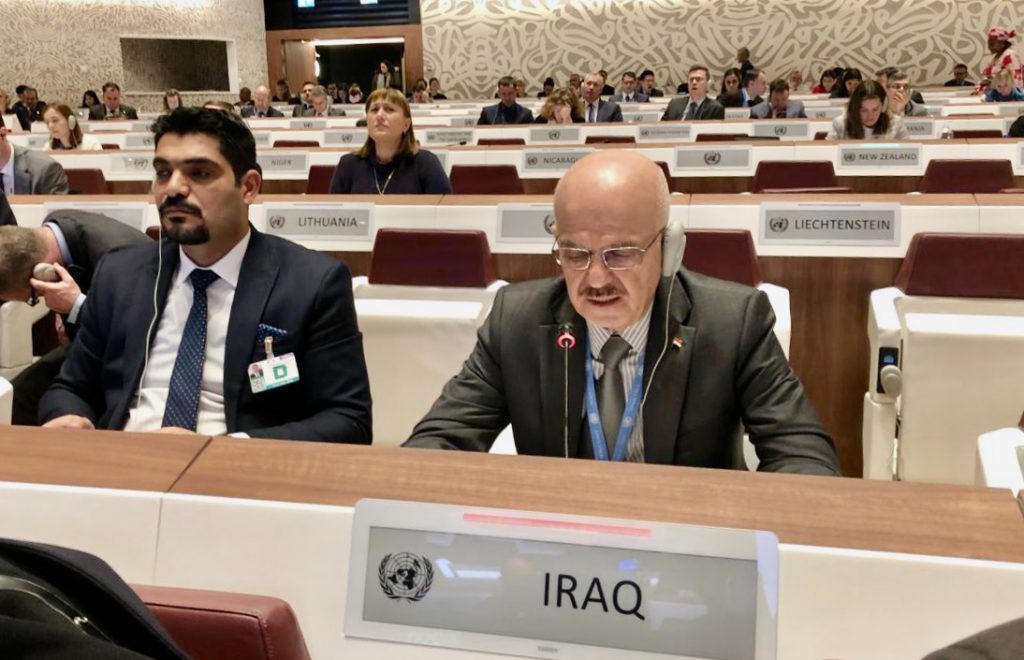 He delivered  Representative  Permanent  Iraq  to the  Office of the  Nations  United  in  Geneva ,  Ambassador  Dr . Hussein  Mahmoud  Khatib , the  statement of the Group of  Arab  in  Geneva  within the  discussions  item  group of  experts and  government  systems of  weapons  independent  lethal in the  meeting of the  Parties to the  Contracting  High  to the Convention on the  Prohibition of ,  or  restrict the  arms of  conventional  ( OF CCW ) .
Through  Representative  Permanent  of  concern to the  group  of the  impact of the  difficulties of  financial  which is  facing the  Convention  in the  principle of  pluralism of language ,  which  is  one of the  principles  fundamental  to the work of  multilateral  parties,  stressing  commitment to the  firm  of the Group of  Arab pluralism  linguistic,  and translation  editorial  and oral  languages  official of the  six  Nations  United,  pointing  to  thatPluralism of  language  is the  guarantor  of the participation of  effective,  fair and  delegations  all,  which is an  element  essential  for the unity of  our collective;  which  allows  experts  from  all  regions of the  world to  participate  in the  meetings of the  Convention .
In  conclusion ,  called upon  to  take  measures  necessary  all  to ensure that  the  meetings of the  group  in the  context of a  formal,  multi - languages .