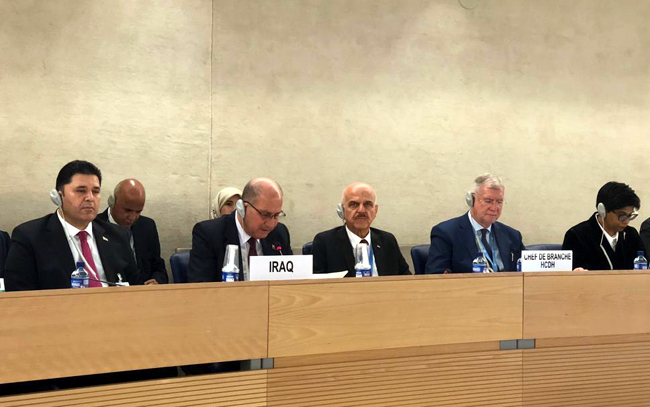 The delegation of the Republic of Iraq, headed by Minister of Justice Farouq Amin al-Shawani, and the membership of the Permanent Representative of the Republic of Iraq in Geneva Hussein Mahmoud Al-Khatib and representatives of the relevant ministries presented his UPR at the 34th UPR session of the Human Rights Council.
The delegation addressed the situation of human rights in Iraq since the previous review in 2014, the achievements of the Government and national institutions in implementing the recommendations made at the time.

The Minister of Justice addressed the Presidency of the session and the participating delegations in which he affirmed the government's interest in achieving a sound and fair balance between the rights and duties of all segments of Iraqi society, highlighting the effects that accompanied the control of ISIS on areas of Iraqi territory and violations of human rights, and hindered development opportunities in those areas. .

He talked about the displacement crisis in Iraq during the control of ISIS in three governorates, the government's plans to clear those areas from the remnants of war, and start reconstruction projects to encourage the voluntary return of its displaced population, and how government actions, implemented projects and international cooperation led to the return of 85% of the displaced to Their areas of origin.

On the other hand, the Permanent Representative of the Republic of Iraq in Geneva summarized the joint statement of the three presidencies, affirming the Government's intention to carry out reforms in a specific period of time in the service of the Iraqi people while ensuring the freedom of expression guaranteed by the Constitution, and to preserve the democratic experience in Iraq, and the government vision in support of women. Children, youth and people with special needs. 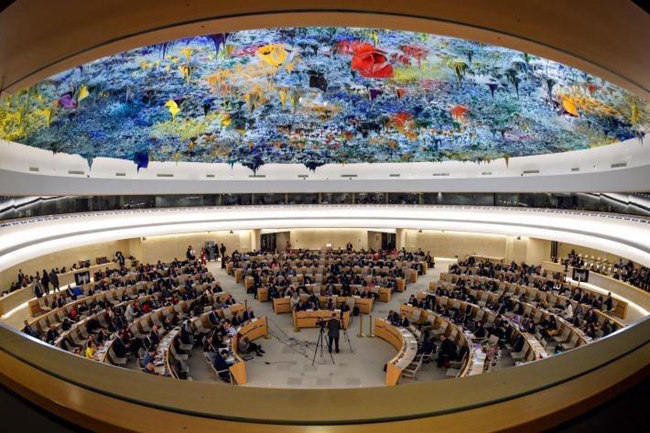