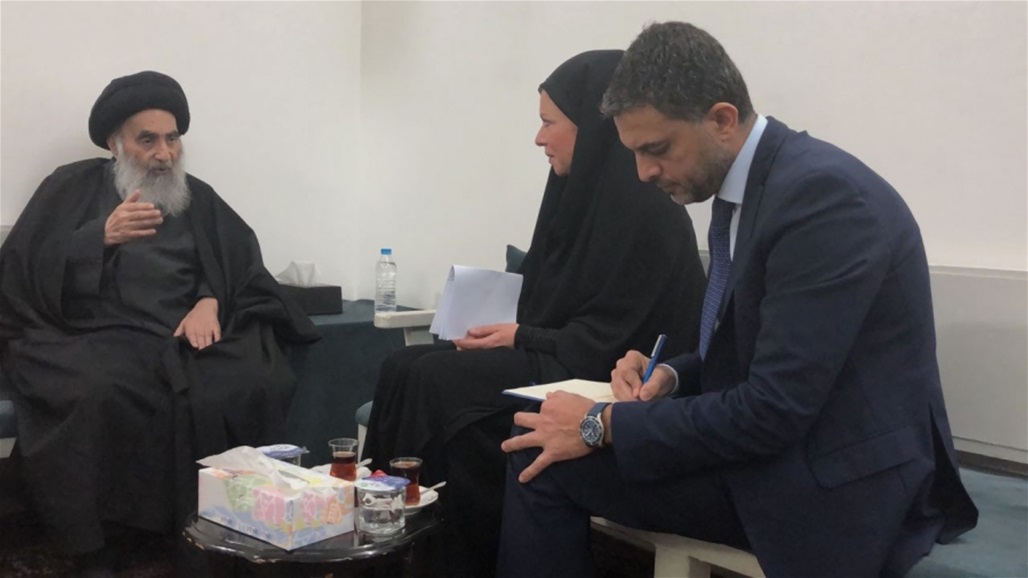 A representative of the Secretary-General of the United Nations in Iraq, Jenin Blachart, will visit Najaf today.

The source said in an interview with Alsumaria News, "The representative of the Secretary-General of the United Nations in Iraq, Jenin Blachart will visit Najaf today to meet with the religious authority Ali Sistani."

The source added that "Blaskhart will discuss with Sistani the situation in Iraq, especially the demonstrations."


Since Friday (October 25, 2019), Baghdad and other provinces have witnessed several demonstrations demanding better services and job opportunities as well as demanding reform, which escalated, killing and injuring hundreds of demonstrators, as well as security forces.

Blaskhart after meeting Sistani: The reference is concerned about the lack of seriousness of political forces reforms

[size=35]Blaskhart after meeting Sistani: The reference is concerned about the lack of seriousness of political forces reforms[/size] 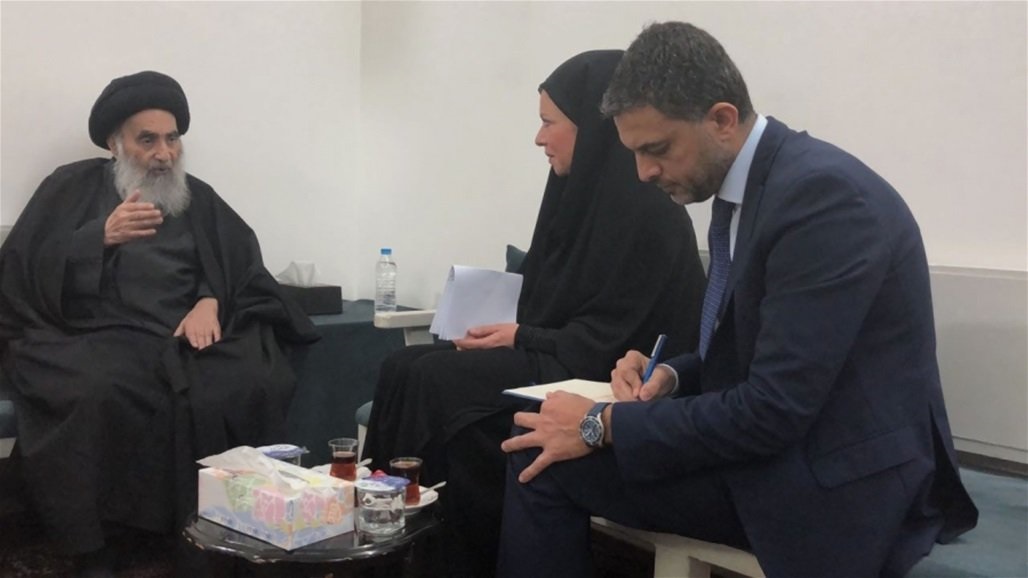 The United Nations representative in Iraq, Jenin Blaskhart, on Monday, the need to take another way if the political blocs did not make reforms, noting that the religious authority is concerned about the lack of seriousness of the forces reforms.

"We have given advice to the Iraqi government and it is time to offer something to the people," she said at a press conference in Najaf after meeting with the supreme religious authority, Ali al-Sistani.


"It should not be an arena for political liquidation because there is news from all sides," she said, calling on the government to "investigate where the tear gas came from."

Regarding her meeting with Sistani, Balskhart stressed that "the Marjaiya expressed concern about the lack of seriousness of political forces to carry out reforms, and stressed that the demonstrators can not return only to make reforms."

"If the political forces and presidencies are incapable and do not want to carry out reconciliation, we must follow another path," she said.


"Sistani welcomed our proposal for a unified election law," she said.

A local source in Najaf, on Monday, that the representative of the Secretary-General of the United Nations in Iraq, Jenin Blaskhart will visit Najaf today, and meet with the highest religious authority Ali Sistani.

UN: Sistani worried about the "lack of seriousness" political forces in the implementation of reforms

[size=30]UN: Sistani worried about the "lack of seriousness" political forces in the implementation of reforms[/size] The Special Representative of the Secretary-General for Iraq, Janine Hines Blaskhart, said on Monday that the top Shiite cleric, Ali al-Sistani, made it clear that he supports the implementation of serious reforms within a reasonable time. Sistani also expressed "concern that the political elite lacked seriousness about implementing reforms," ​​she said, according to Reuters news agency. She continued, in a press conference after her meeting with Sistani in the city of Najaf: «peaceful protesters can not return to their homes without tangible results». Stressing that «the United Nations is monitoring what happened and there is anger in the Iraqi street as a result of the loss of services, and we are working to stop violence, and we seek to advance Iraq and the government to implement the demands of the demonstrators».

Renewed clashes between the protesters and the security forces, especially in Baghdad, despite the call of Sheikh Abdul Mahdi Karbalai Sistani representative, during last Friday sermon in Karbala, «to maintain the peaceful protests of all kinds», and called on security forces to «avoid the use of violence, especially excessive violence "In dealing with peaceful protesters."

The protests, which erupted on October 1, initially focused on a lack of jobs and poor services, but soon turned to rejecting the sectarian power-sharing system introduced in 2003 and rejecting the political class that protesters say benefits.

In a related context, the Secretary-General of the League of Arab States Ahmed Aboul Gheit expressed the hope that political leaders in Iraq will be able to accelerate the exit from the current state of turmoil and the accompanying violence, expressing sadness and regret for the continued casualties among the demonstrators and wishes for a speedy recovery for the injured.

An official source at the Arab League's General Secretariat, in a press statement on Monday, that Aboul Gheit understands the state's considerations in the need to control the security situation and prevent chaos, but at the same time he feels growing concern about the continuation of violence without a clear horizon to stop bleeding Blood, hoping that Iraq does not slide into further turmoil, especially in light of the interventions and external pressures rejected and inevitably complicate matters.

The source pointed out that the consensus between the demonstrators and political leaders under the umbrella of the national umbrella is the only way to reach a way that achieves the national interest of Iraq and meets the demands of its people in a stable, independent and prosperous Iraq.

The source reiterated the Arab League's standing next to Iraq in this difficult phase, hoping to surpass it in the near future, which is more powerful and stable, pointing to the readiness of the Arab League to help in this regard.