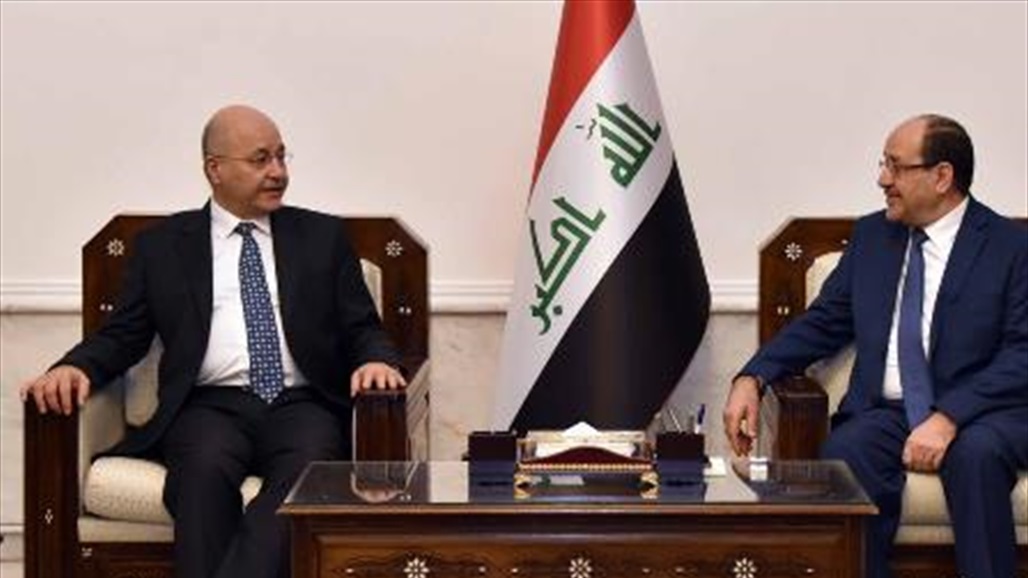 The presidents of the Republic Barham Saleh and the coalition of the rule of law Nuri al-Maliki, Saturday, the need to maintain peaceful demonstrations and not to disturb security and the continued paralysis of state institutions.

Maliki's office said in a statement received by Alsumaria News, a copy of the "State of Law Coalition Nuri al-Maliki received in his office today President Barham Saleh ," noting that "during the meeting discussed the latest political and security situation in the country, and also discussed the measures that would Contribute to meeting the demands of the demonstrators. "

The two sides stressed, according to the statement, "the need to maintain the peaceful demonstrations and not to disturb security and the continued paralysis of state institutions, schools, universities, oil companies and ports, and to accelerate the implementation of the reform packages announced by the government and won the confidence of representatives of the people in the House of Representatives."

They called for "all political forces and mass events to support them and that everyone is aware and miss the opportunity on the enemies and the grave of sedition."