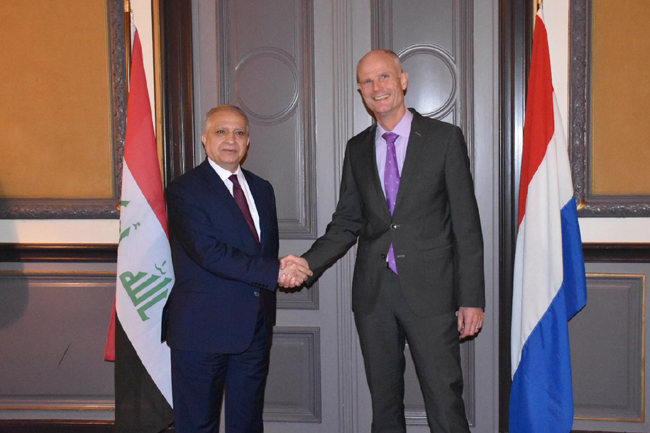 Foreign Minister Mohammed Ali al-Hakim met with Dutch Foreign Minister Steve Block and discussed prospects of improving relations between the two countries and pushing for expansion of bilateral cooperation to serve the interests of the two friendly peoples.
Minister al-Hakim briefed his counterpart on the latest situation in Iraq and the government's efforts in implementing its government program, including: meeting the demands of youth, and stressing that the reform process pursued by Prime Minister Adel Abdul Mahdi is proceeding effectively, and will achieve the desired goals with the cooperation of all.
He praised the support provided by the Dutch side to Iraq in confronting the ISIS terrorist gangs within the framework of the international coalition, stressing the importance of continuing the training of Iraqi military forces.
The two sides discussed benefiting from the Dutch experiences in the field of oil, agriculture and water, which positively reflects on job creation and development in Iraq.
The two ministers discussed a number of regional and international issues of mutual interest. Minister Hakim stressed the importance of restraint to peaceful solutions and calm, usually that the escalation in the region will not serve any party.

For his part, the Dutch Foreign Minister expressed optimism about the outcome of this visit, which the minister's visit to The Hague will bring about a positive development in relations between the two friendly countries. 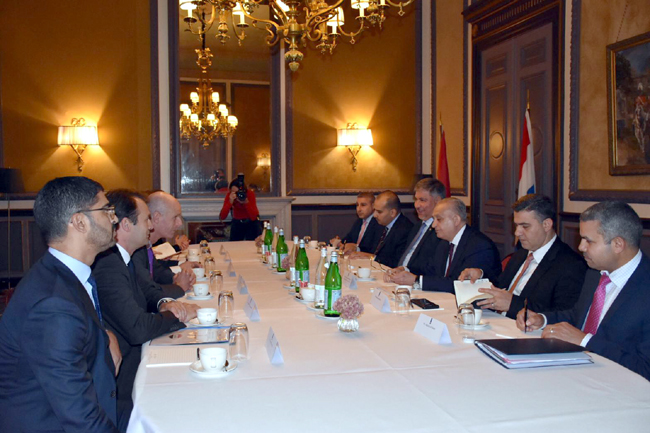