Foreign Ministers of the Hashemite Kingdom of Jordan, Egypt, and Iraq today held a trilateral meeting on the sidelines of the 18th Summit of the Non-Aligned Movement in Baku, Azerbaijan.

Foreign Ministers of the Hashemite Kingdom of Jordan, Egypt, and Iraq today held a trilateral meeting on the sidelines of the 18th Summit of the Non-Aligned Movement in Baku, Azerbaijan.

[size=34]Foreign Ministers of the Hashemite Kingdom of Jordan, Egypt, and Iraq today held a trilateral meeting on the sidelines of the 18th Summit of the Non-Aligned Movement in Baku, Azerbaijan.[/size] 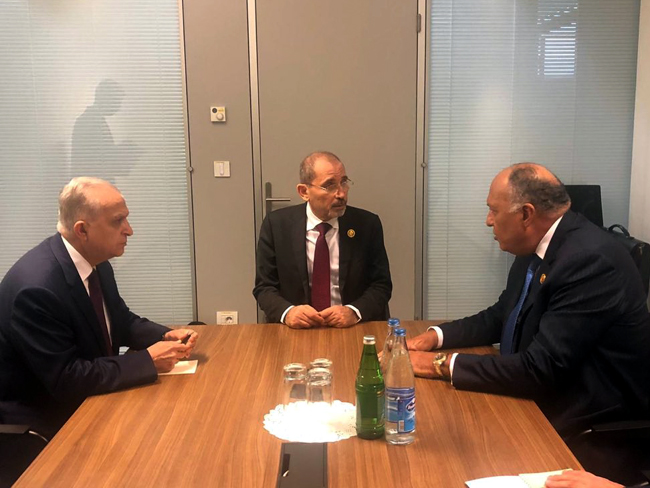 During the meeting, the ministers discussed ways to implement the outcomes of the second summit, which brought together His Majesty King Abdullah II, His Excellency President Abdel Fattah El Sisi and President Barham Saleh in New York last month.

The ministers agreed to hold the next ministerial meeting in Amman early next month; in preparation for the next tripartite summit at the level of leaders to be held in Baghdad.

During the meeting, Minister Sameh Shoukry briefed his counterparts on the developments related to the Renaissance Dam negotiations and the outcomes of the meeting held by Egyptian President Abdel Fattah El Sisi and Ethiopian Prime Minister Abi Ahmed in Sochi. Through a binding agreement that does not harm Egypt's interests and water security.

For their part, the two ministers, Ayman al-Safadi and Mohammed al-Hakim, affirmed Jordan and Iraq stand with the Arab Republic of Egypt in its quest to protect its water rights, and resolve the dispute through negotiations in accordance with international legitimacy and to preserve the rights of the three countries.

The Foreign Ministers affirmed the support of the Government of the Republic of Iraq in its efforts aimed at stabilizing security and stability, achieving the aspirations of the Iraqi people, and preserving the gains achieved in the victory over the ISIS terrorist gangs in Iraq.

The Ministers also discussed preparations for the Conference on the Establishment of a Nuclear-Weapon-Free Zone and Weapons of Mass Destruction in the Middle East, to be held on 18 October in New York. 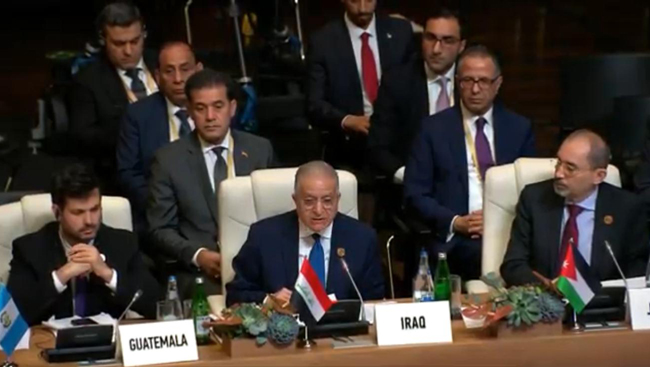 Foreign Minister Mohammed Ali al-Hakim delivered a speech on behalf of the President of the Republic at the 18th Conference of the Non-Aligned Movement in which he called on Member States to join efforts in confronting the crises facing the region through good management of disputes and adopting the principle of dialogue in finding sustainable solutions to them. Today, we need stability based on respect for sovereignty, non-interference in internal affairs, and the renunciation of violence and extremism.
`` I assure you that we still have great challenges in the midst of the crisis situation, the successive developments and in a regional and international environment, which is full of turmoil and dangers, and the regional interaction and international crises that may warn of war and if we do not improve our management, if we do not improve, then we will not be able to manage it.
Explaining the vision of Iraq and the principles on which it is based in determining its political positions: Iraq confirms that its foreign policy is based on firm constitutional principles that are keen to establish strong relations among all states based on mutual respect, non-interference in internal affairs, refusing to interfere in Iraqi affairs, and consolidate Cooperation and closer stability with our regional and international environment.
And to confront the terrorist gangs of ISIS, which represents a prolonged threat to all countries of the world, and to eliminate it requires that international efforts join forces in support of countries facing this danger, noting: that the establishment of stability in Iraq requires the cooperation and support of brothers, neighbors and friends, and to stand by us Cooperation between Member States of the Movement.
Iraq's security is central to the security of the region, and we believe that any clash in the Middle East would threaten Iraq's security. Iraq will do its utmost to open up constructive and direct dialogue and renounce violence.
He called for the importance of adhering to the principles of the Non-Aligned Movement, which constituted an important work system that guides the positions of the member states: .
Stressing the support of Iraq to the presidency of the movement in its aspirations for the next stage, and the importance of discussing ways to strengthen its work through the unification of visions, and consensus in decisions.
He concluded by reiterating Iraq's firm stances regarding the suffering of some countries in the region, and the occupied Palestinian territory: Iraq affirms its permanent and unwavering support for the Palestinian people in its struggle, its resistance to the Israeli occupation and its settlement policy, so as to guarantee its right to self-determination, and to obtain its legitimate rights and establish an independent state and its capital. Jerusalem.
He also expressed Iraq's position on the Israeli occupation of the Syrian Golan: the Golan is Syrian Arab land, and we reject the Israeli occupation of it, and the need to abide by Security Council resolution (497) of 1981, which calls for the complete withdrawal of the occupation from the Golan.
In the same context, Minister al-Hakim stressed Iraq's keenness to end the suffering of the Syrian people and enable them to achieve a political solution based on confronting terrorism.
He also called for resolving the Yemen crisis and supporting efforts to end the suffering of the Yemeni people in order to achieve security, stability and prosperity.
Usually, the maintenance of regional and international security begins with the adoption of peace in Iraq, the solidarity of the Movement's countries in the face of terrorism and extremism, respect for the sovereignty of States, non-interference in internal affairs, and the strengthening of the bonds of friendship. 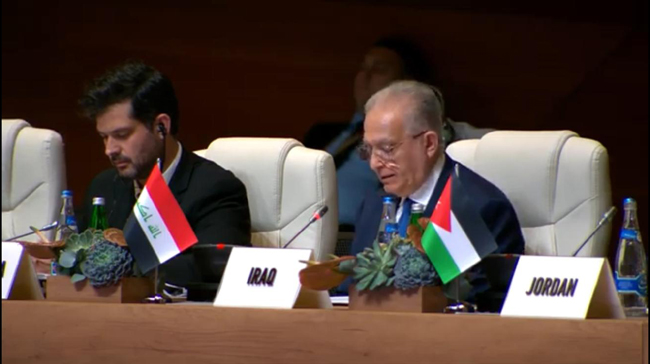 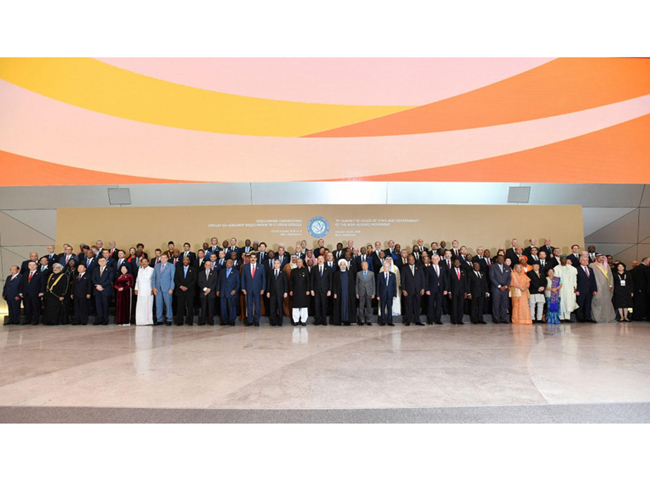 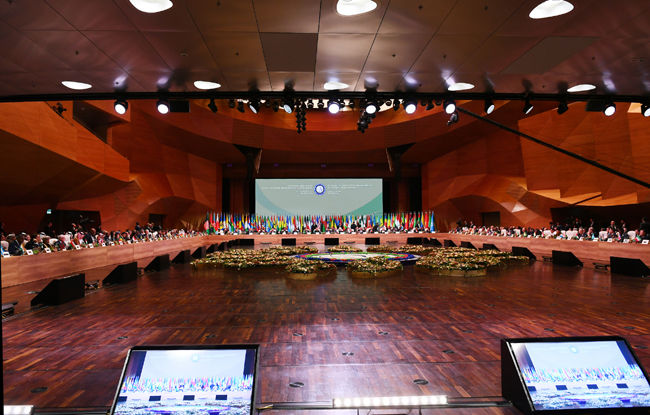 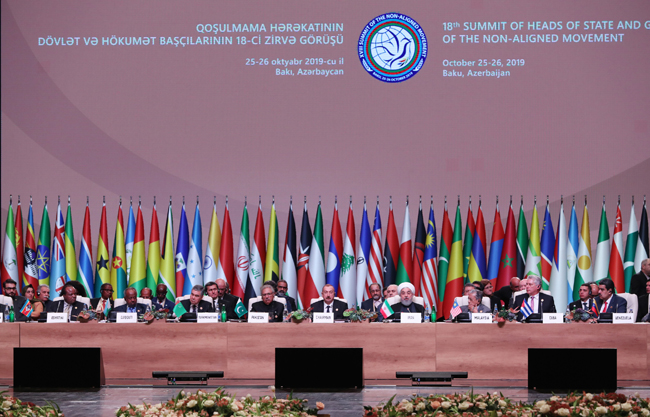 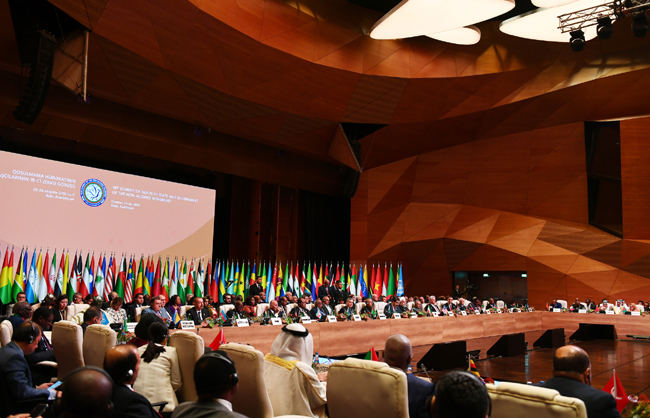 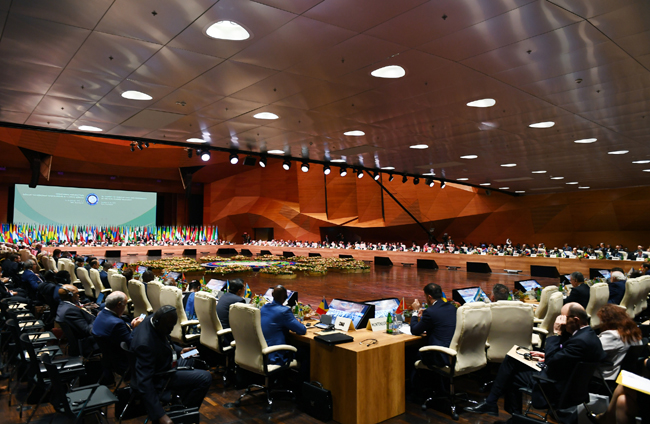 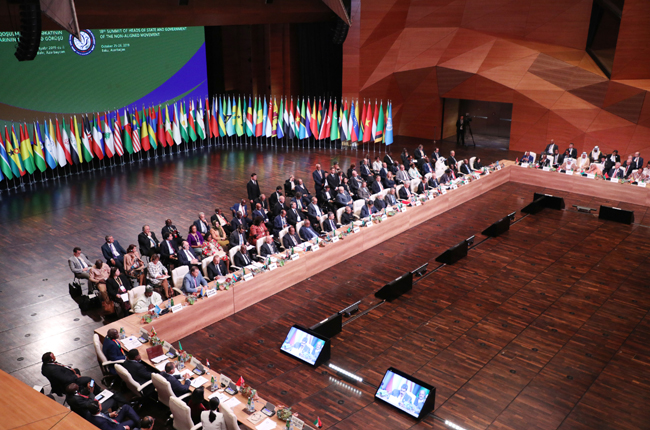 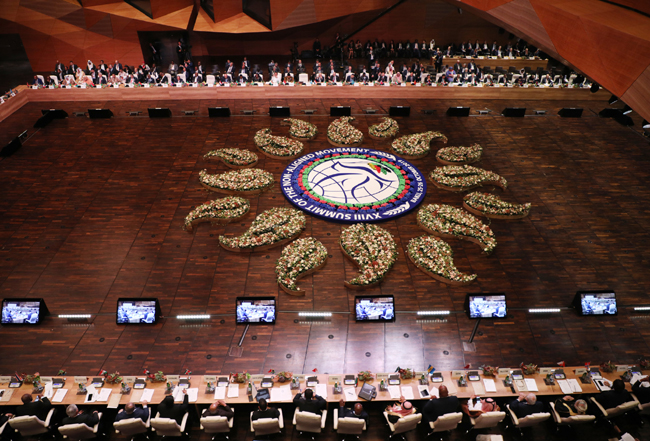 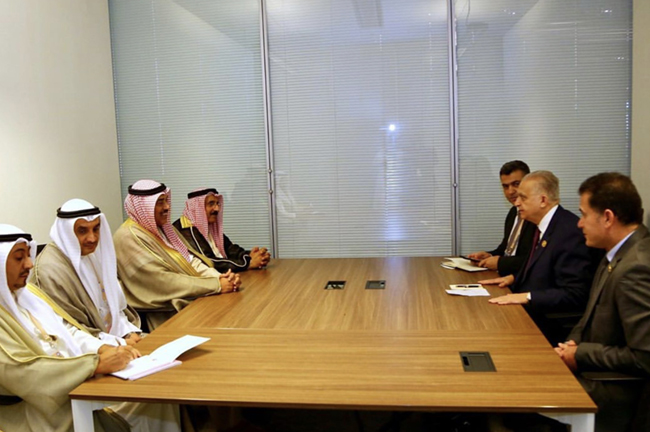 Talks during the meeting dealt with the distinguished bilateral relations between the two brotherly countries and the prospects of promoting them to achieve common interests.

The two sides also discussed a number of issues and issues of mutual interest.