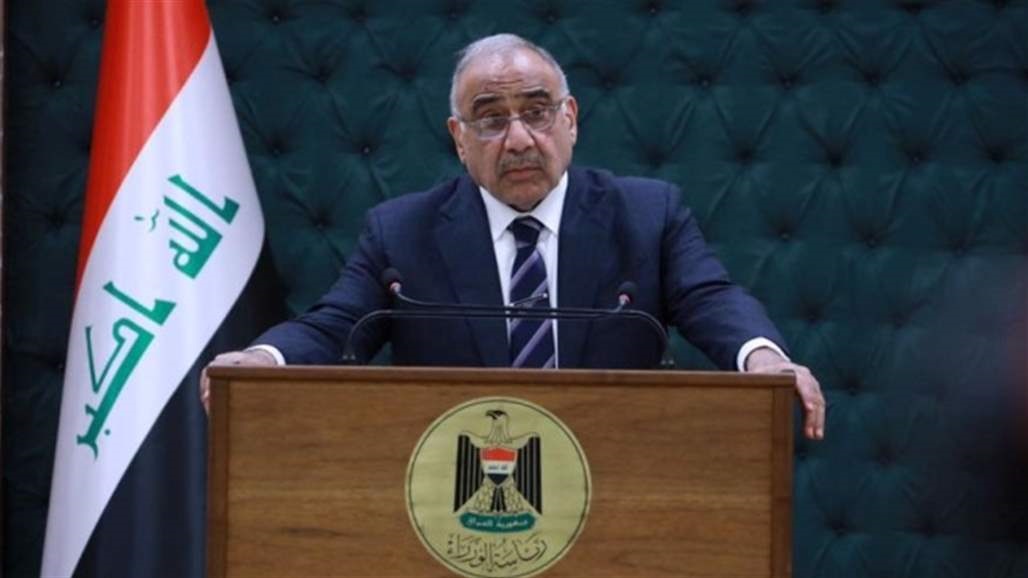 Prime Minister Adel Abdul Mahdi said Friday that Iraq was facing a crisis of a regime that political forces and the state did not realize, while stressing the need to end any presence of foreign forces in the country.

"We are facing a crisis of a regime that will not be perceived by the political forces or the state forces, " Abdul Mahdi said in a speech carried by Alsumaria News.

"We have a delicate equation and the main task today is to achieve three basic things: to ensure the highest level of freedoms, the highest level of security and stability, the highest level of services, employment and economic growth," he said. the enactment of the law to protect the freedoms and the right of expression and peaceful demonstration and the protection of the media aiming to enact e - crime law, as well as support and assign security forces and restricting arms to the state and to stress the importance of applying it Diwani for structuring and framing of the forces of the popular crowd the system security of the state and prevent any Loomed outside the control of the state. "

He stressed Abdul - Mahdi , the need for "research in - depth and serious to end the processing of any presence of foreign troops and any party or state on the land of Iraq , whatever under any name and take action in accordance with the Iraqi constitution and laws."