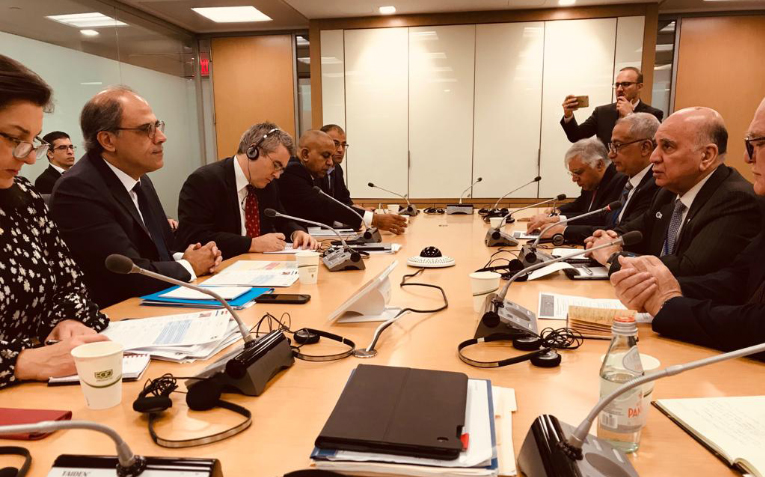 On the sidelines of the meetings of the International Monetary Fund , Deputy Prime Minister and Minister of Finance , Mr. Fuad Hussein , met in Washington today with the director of the Middle East and Central Asia Department , Mr. Jihad , I visit and in the presence of the Iraqi ambassador in Washington and Financial Advisor to the Prime Minister
During the meeting, they discussed the relations between the Iraqi government and the International Monetary Fund.

They also discussed the implementation of the government's reform plans in the financial and monetary sectors.