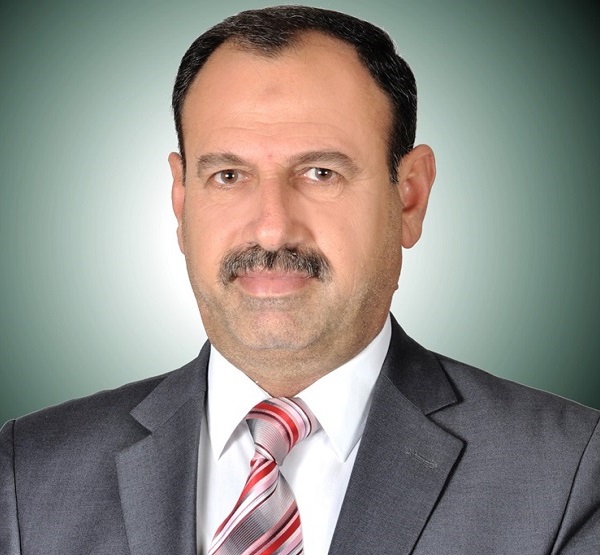 Observers of the recent events witnessed in a number of provinces in Iraq and the repercussions of the political scene as a result, clearly see the seriousness of the demands of the demonstrators, and even the ceiling of these demands, which now calls for the dissolution of parliament and the government and early elections after the amendment of the current election law, despite the economic nature of these The protests are led by young people, mostly unemployed graduates, as well as other groups.
In fact, those who led to this advanced level of protest and the accompanying bloodshed and the loss of many victims and a few thousand wounded are the accumulation of years of decline and deterioration in the various political, economic and service areas, and the apparent negligence, and the resulting waste of resources and looting and loss of opportunities Growth, poverty and unemployment have stalled.
To continue reading click on the following link
Karim al-Ghalbi - the plight of the Iraqi economy - is an editor

The repercussions of the political scene as a result, clearly see the seriousness of the demands of the demonstrators, even

The high ceiling of these demands, which are calling for the dissolution of parliament and the government and hold
Early elections after the amendment of the current election law, despite the economic nature
These protests, led by young people, made them unemployed graduates
As well as other groups.

In fact, who brought things to this advanced level of protest and what I attached
The bloodshed and many casualties and a few thousand wounded are accumulated
Years of decline in various political, economic and service areas,

The obvious negligence, and the resulting waste of resources and looting and loss and waste of opportunities and stopped
Growth, poverty and unemployment.

At first glance, the current crisis is of a highly economic nature, but it is in
In fact, the country does not suffer from chronic financial scarcity and lacks human resources
Eligible, with evidence of financial surpluses realized at the end of each year in the general budget
Between public expenditures and public revenues, as well as the proceeds from revenues
Of the oil sector, estimated at more than $ 58 billion in 2017
When oil revenues in the second and third quarter of 2018 were about
($ 3.21, 18.23), respectively.

1
The question is where the defect lies?
Simply put, the imbalance lies in the management of the economy and the poor use of oil rents
Lack of awareness of what needs to be done to improve the deteriorating reality due to the loss of effective management

And the adoption of rentier policies to satisfy political elites
Failure conditions were met in the ordeal.

Poor management and lack of interest in establishing an economic philosophy missed an opportunity
Progressing a project prevents deterioration of conditions to the point where they are now. And all these
This is the inevitable consequence of the crisis and not the cause. and this is
It is due to the decline of the economy to the post-policy level by an effective action, in order to be in line with service
Political decision-makers, meet their own ambitions and personal benefits under the state of
Corruption, which has become a political phenomenon with gross economic content.

Under this situation, the complexity of the political landscape and the absence of Iraqi politics
Any national tendencies to explore possible alternatives to political and "economic" reform and
In adopting priorities towards economic reform

And to adopt only policies
Selective progressive prosthetic, practical experience proved to be a failed methodology contributed to
Delivering the Iraqi economy to what it has reached. Some people may ask: why not take
Political elites seriously influenced by economic views?

Seeing them as if they are the most knowledgeable and not the other? Why talk about economics in language
Politics not in the language of economics?

Independent self-decision (in a way that convinces the people of the correctness of government curricula and this will not
"Unless there is a national political will
Reform of the political system, starting with the amendment of a number of provisions of the Constitution and the electoral system

An independent, impartial body that rises to the level of responsibility to manage a process
Elections under the supervision of the United Nations, and before this and that the fight against the corrupt and the referral of senior
To take legal action against them.

The package of measures presented by the government in response to what it witnessed
Recent demonstrations, which may not reflect viable solutions to the problem from an economic perspective,

Despite their importance, they are temporary remedies to stabilize the situation and calm the protesters. Should
They must provide solutions that address the problem; radical solutions that are far from partisan quotas
And corruption.

In conclusion, "what is challenging and what follows

First, financial and administrative corruption is a major scourge that has devastated the country
And slaves and wasted money and scattered. Second, politics drives the economy
Times are wrong. The quota system puts the wrong man in place
Not appropriate. Therefore, this should be addressed in a real and radical economic reform.

The cost of this reform will increase as the response is delayed.

Partnering with the private sector, developing productive and service sectors, and securing distribution
More equitable “income and wealth, and care for the most vulnerable social groups”.

But it must be remembered that any economic reform must be preceded by reform
Political and real war on financial and administrative corruption because they will not be able to
Pass any reform policy.

Iraqi Network of Economists. Republishing is allowed provided that
Source.