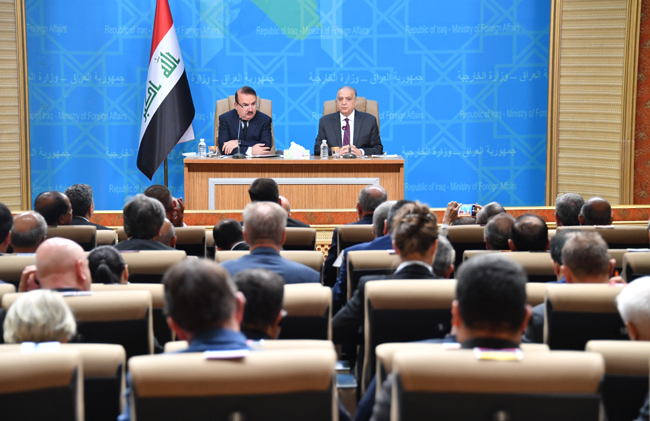 The meeting began by talking about the latest developments in the local situation, especially the recent demonstrations, and the subsequent governmental actions towards implementing the legitimate demands of the demonstrators, in addition to reassuring the heads of foreign missions in Baghdad of the stability of the security situation and providing security reasons for all missions and their staff.

This meeting comes within the framework of intensive efforts by the Ministry to clarify the reality of the situation in Iraq to the world public opinion.

The minister touched on a number of issues in the Arab and regional region, calling for the need to mobilize international efforts to resolve the crises suffered by them, and the importance of coordinating positions, expressing Iraq's readiness to support the paths of peaceful and political solutions, and the establishment of security.

The Minister also referred to the results of the 74th session of the UN General Assembly and the side meetings he held with his counterparts.

He expressed Baghdad's keenness to strengthen cooperation relations in various fields, and ways to strengthen them, and develop them in the interests of the peoples;

The Minister of Interior, Mr. Yassin Al-Yasiri, attended the meeting and talked about developments in the situation following the demonstrations in the capital Baghdad and a number of governorates, stressing that the government has taken a number of measures to respond to the demands of the demonstrators in accordance with the law, stressing the return of public life to normal.

Stressing that the government attaches great importance to the security of embassies and missions, and their employees, and is keen to create a safe environment for the performance of its diplomatic missions in Iraq. 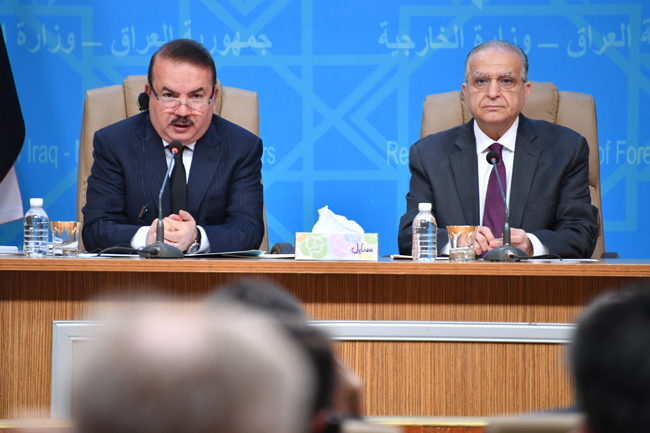