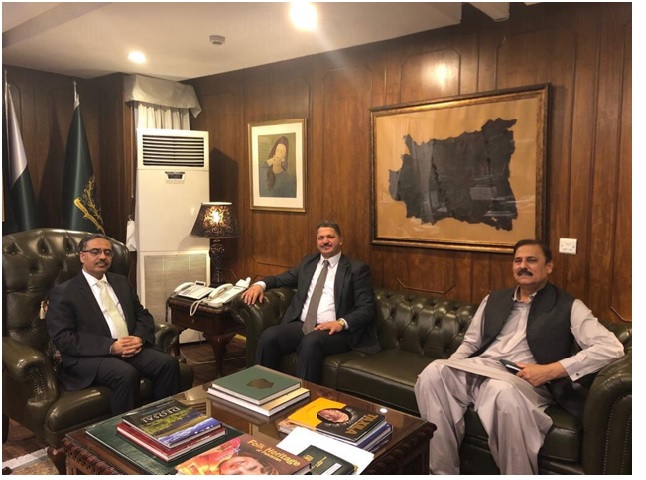 The Chargé d'affaires ai of the Embassy of the Republic of Iraq in Islamabad met with Counselor Abdul Salam Saddam Muheisen, Mr. Suhail Mahmood, Undersecretary of the Pakistani Foreign Ministry, at the Ministry's headquarters.
The meeting dealt with the situation of the two countries and their common interests and risks.
They also discussed a number of issues related to the work of the embassy, ​​in particular the issue of the 40th visit of Imam Hussein, peace be upon him, and the granting of tourist feature to visitors to the holy shrines to Iraq.
The interim Chargé d'affaires noted that the Iraqi Embassy is committed, in accordance with the laws and instructions, to provide all services out of its job duty. 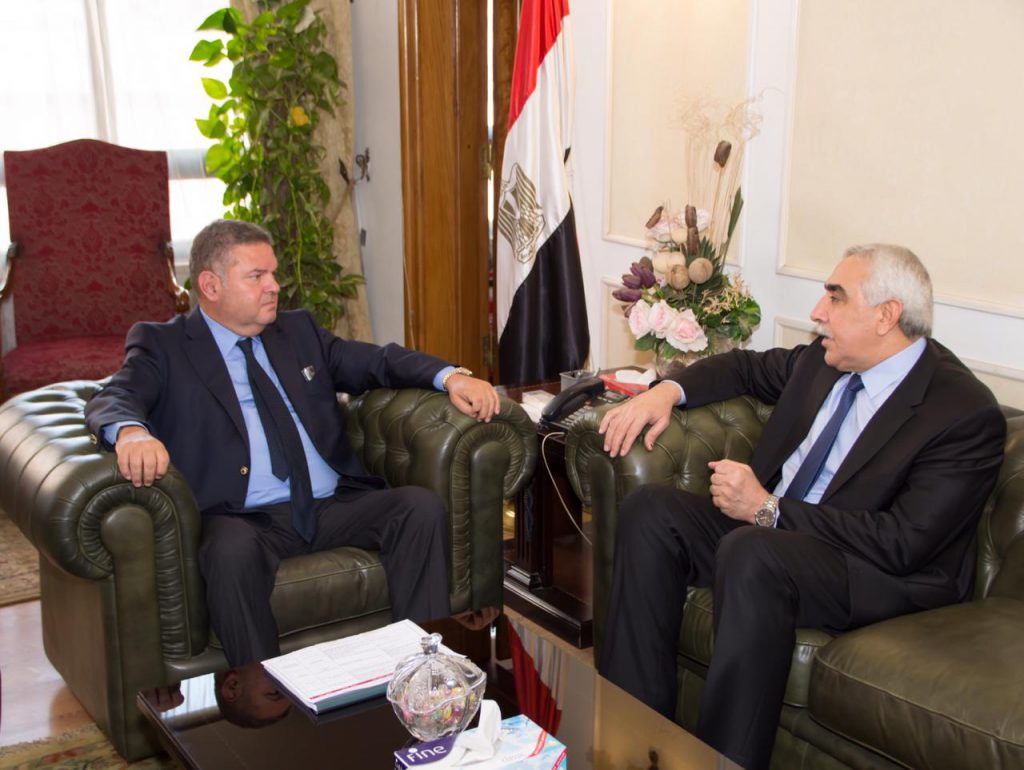 The Ambassador of the Republic of Iraq to Cairo and its Permanent Representative to the Arab League Mr. Ahmed Nayef Al-Dulaimi, Mr. Hisham Anwar Tawfik, Egyptian Minister of Public Business Sector, at the Ministry's headquarters.

The two sides discussed the preparation and coordination of the Iraqi-Egyptian Higher Joint Committee to be held in Baghdad during the coming period under the chairmanship of the prime ministers of the two countries. Mustafa Madbouly, Prime Minister, on the convening of this committee as soon as possible, where the joint committee is one of the most important mechanisms to activate cooperation between the two countries in many fields, expressing the Egyptian government's support for Iraq in all fields, including business and corporate sector, pointing out that this The meeting is an affirmation of Egypt's endeavor to build bridges of cooperation with various Arab countries, as well as his ministry's quest to open new markets for Egyptian specialized companies outside Egypt.

For his part, the ambassador assured the minister of the importance of the historical relationship between Iraq and his elder sister Egypt, as one of the most important pillars of the region, pointing out that Iraq today has ended the war against terrorist organizations, after the elimination of the hateful organization "Daesh" He then proceeded to start the construction and reconstruction of the infrastructure of the liberated cities.

Iraq participates in the International Conference on Climate Change in Vienna 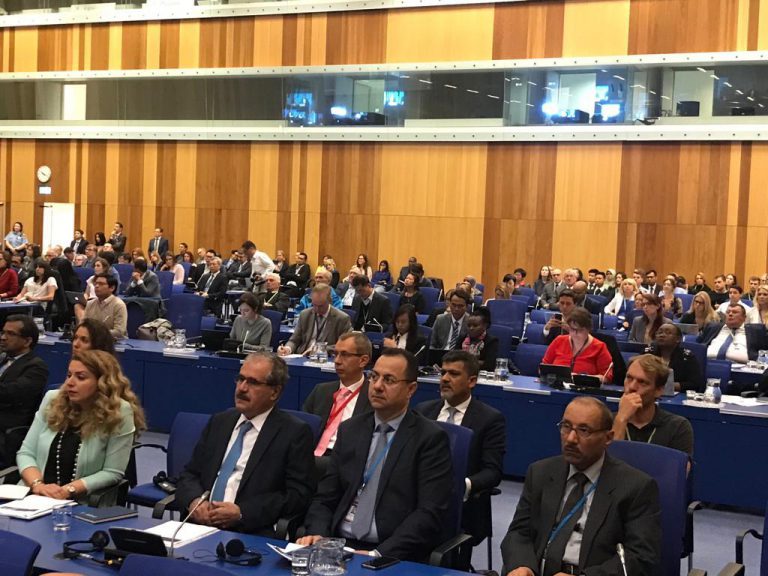 Iraq's Ambassador to Vienna, Baker Fattah Hussein, participated in the International Conference on Climate Change and the Role of Nuclear Power held at the International Atomic Energy Agency (IAEA) in Vienna. Sustainable for future generations.

The Ambassador of the Republic of Iraq to The Hague, Dr. Hisham Al-Alawi, received in his office Ms. Beatrice Maneshi, International Development Advisor at SPARK Netherlands.

At the outset of the meeting, Ms. Beatrice gave an overview of the programs and projects that her organization is implementing in Iraq in cooperation with the international organizations concerned and in coordination with the competent Iraqi authorities aiming to help post-conflict societies and achieve the requirements of sustainable development. It is hoped that other offices will be opened in Baghdad and Basra.

For his part, the ambassador expressed the embassy's readiness to communicate with the competent government agencies in Iraq to facilitate the tasks of the organization and the implementation of programs and projects prepared for the purpose of accelerating the achievement of the requirements of sustainable development in Iraq, especially in the areas of humanitarian and support for the displaced. 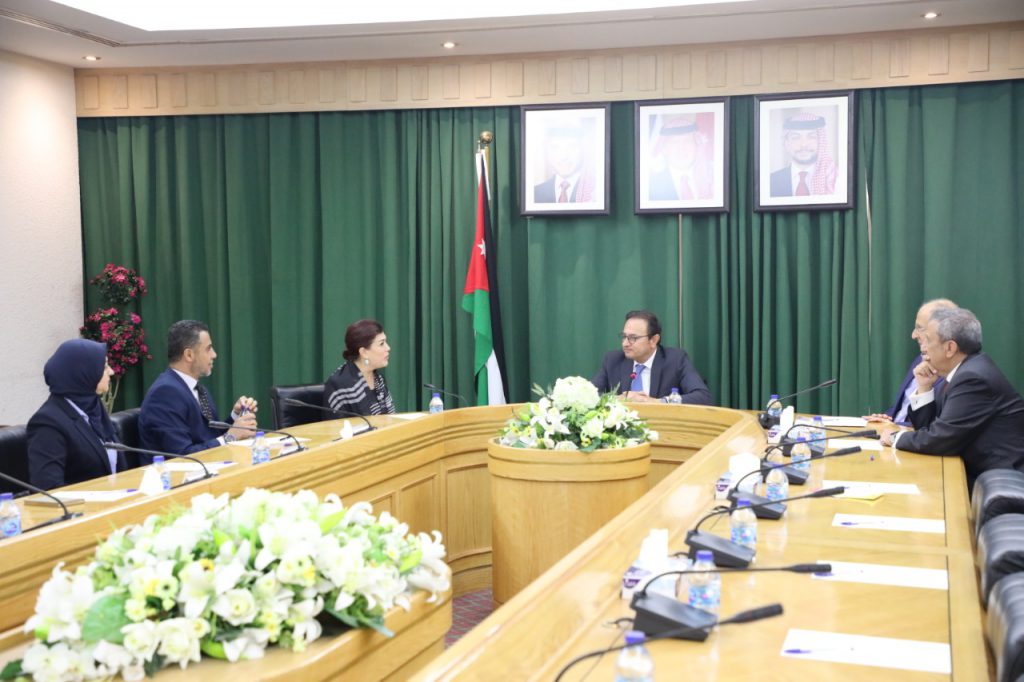 The Ambassador of the Republic of Iraq to the Hashemite Kingdom of Jordan and Palestine, Mrs. Safia Taleb Al-Suhail, held a meeting with the Chairman of the Jordanian-Iraqi Brotherhood Committee in the Jordanian Senate Al-Omar Omar Al-Maani and members of the Committee, Mr. Ziad Al-Homsi and Issa Murad to discuss the overall developments in the bilateral relations between the two brotherly countries.

Mrs. Al-Suhail pointed out that bilateral relations between the two countries have witnessed great development, especially in the economic file, stressing that the results achieved are clearly visible in the presence of Political and popular will to push for greater cooperation and deepen strategic partnership to serve mutual interests.

The Ambassador appreciated the important role of the Senate, especially the Chairman and members of the Jordanian-Iraqi fraternity committee, in supporting the Iraqi Embassy's efforts towards enhancing the political, economic and cultural partnership between the two countries.

For his part, Mr. Maani praised the efforts of Ms. Al-Suhail in solving many problems that hindered progress in the development of bilateral relations and cooperation in various fields, stressing that the ground has become ready for further partnership between the two countries and the continuation of the momentum of cooperation, especially after the security stability achieved by Iraq by defeating terrorism. . 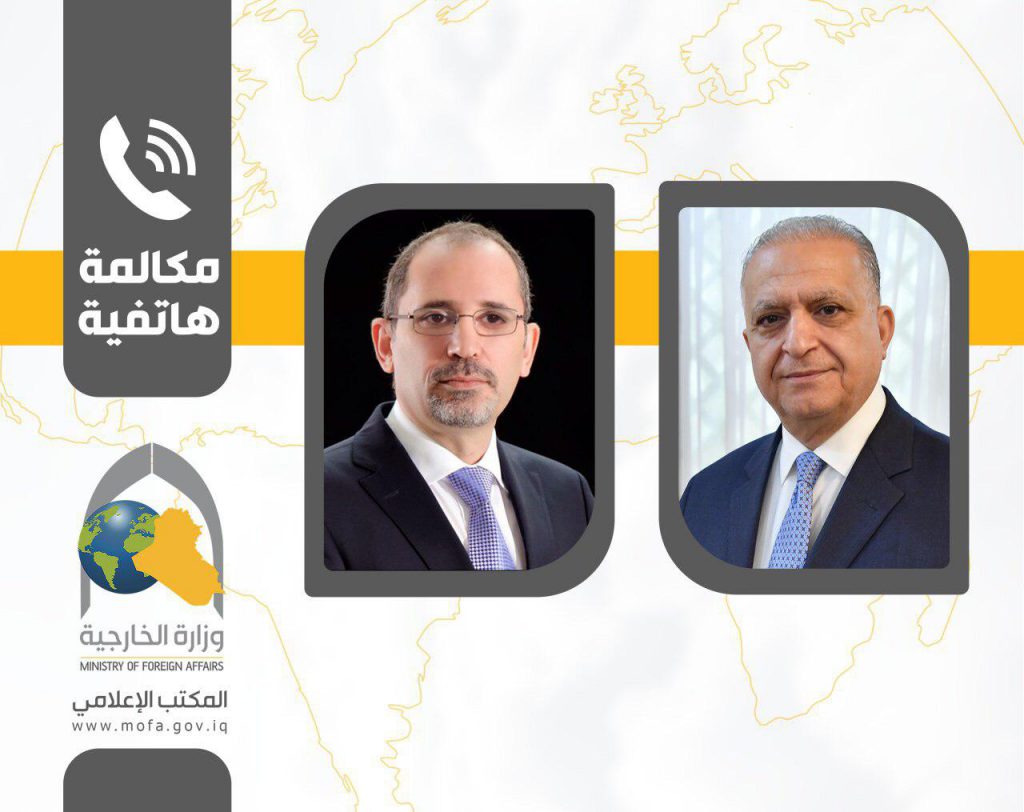 Foreign Minister Mohammed Ali al-Hakim discussed with his Jordanian counterpart Ayman al-Safadi the most important issues of mutual concern and the latest developments in the region.

The two sides agreed on the importance of coordination and opening the horizons of bilateral cooperation in the interests of the two peoples.

They also discussed regional and international issues of common concern.

Minister Hakim called for the need to find solutions to the crises in the region to ensure security and stability. 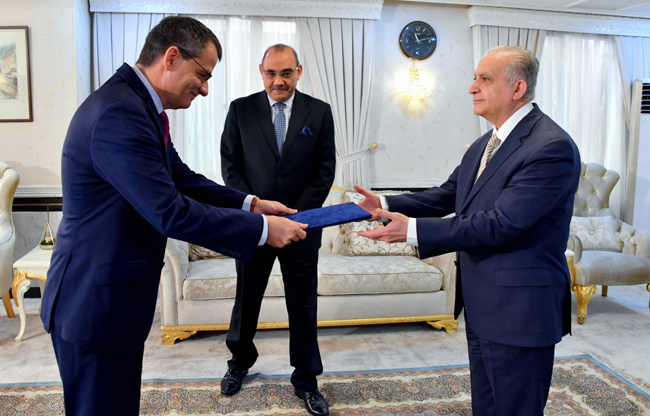 The two sides discussed areas of joint cooperation, the efforts of the European Union in support of Iraq, and the latest developments in the local arena, and expressed Hakim's keenness on Baghdad to develop relations with the European Union.

The joint cooperation between the two sides has a great impact in contributing to support Iraq in various fields, praising the role of the European Union in assisting Iraq against the Islamic State terrorist organization.

Iraq is looking forward to further support from the international community to contribute to the reconstruction of the liberated city infrastructure.

He called for the importance of consultation and bilateral cooperation for the benefit of both sides in a comprehensive and sustainable manner.

Al-Hakim expressed the ministry's readiness to provide all facilities to enable it to perform its tasks in a manner that enhances the close cooperation relations between Baghdad and the European Union. 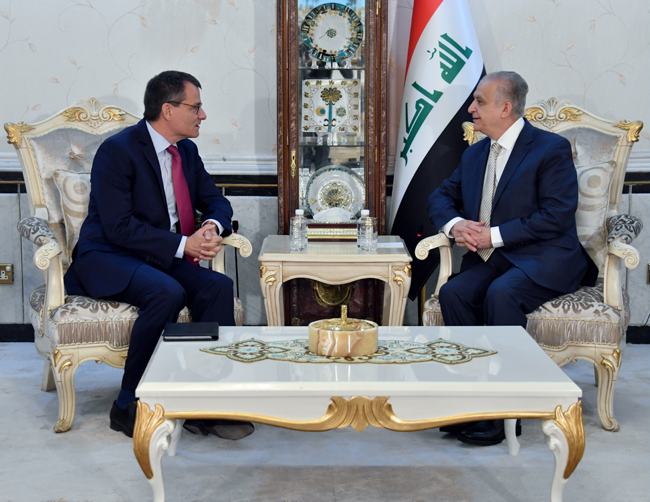 The Minister touched on a number of local issues, recent developments, as well as the crises suffered by some countries in the Arab region.

Al-Hakim called for the importance of coordinating Arab positions on the challenges facing the region, expressing Iraq's readiness to support the paths of peaceful and political solutions in the face of crises and the establishment of security, stressing the strengthening of intelligence cooperation to prevent the expansion and spread of terrorist cells, as well as the fight against the Islamic State terrorist organization.

The Minister also referred to the results of the 74th session of the UN General Assembly and the side meetings he held with his counterparts.

Interior Minister Yassin al-Yasiri briefed the demonstrations in the capital Baghdad and a number of governorates, explaining that the government is working to take a number of measures to respond to the demands of the demonstrators in accordance with the law, stressing the return of public life to normal.

He also stressed that the government attaches great importance to the security of embassies and missions, and their employees, to protect them from any abuses and to provide them with a safe environment to carry out their diplomatic missions in Iraq and serve the common interests of all.