Economy News _ Baghdad
The Central Bank announced on Sunday, the payment of the eighth installment of bank creditors, indicating that the creditor resulted from deposits of cash banks in the branches of Erbil and Sulaymaniyah.
The bank said in a statement received "Economy News" a copy of it, "The Kurdistan Regional Government paid the eighth installment of creditors banks, as the Central Bank of Iraq to settle the amount of the eighth installment of credit banks open accounts in the branch of the Central Bank of Iraq in Erbil, and those originated Creditors for cash bank deposits in the Erbil and Sulaymaniyah branches.
He explained that "credits originated when the branches (Erbil and Sulaymaniyah) were linked to the Ministry of Finance in the Kurdistan region." 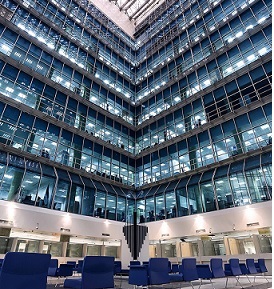 This bank explains that the credit balances originated when the branches (Erbil and Sulaymaniyah) were linked to the Kurdistan Ministry of Finance .
It is noteworthy that the branch of the Central Bank of Iraq in Erbil linked to this bank administratively and technically mid-2017.