The Netherlands affirms its readiness to support Iraq politically, militarily and economically

The Netherlands affirms its readiness to support Iraq politically, militarily and economically 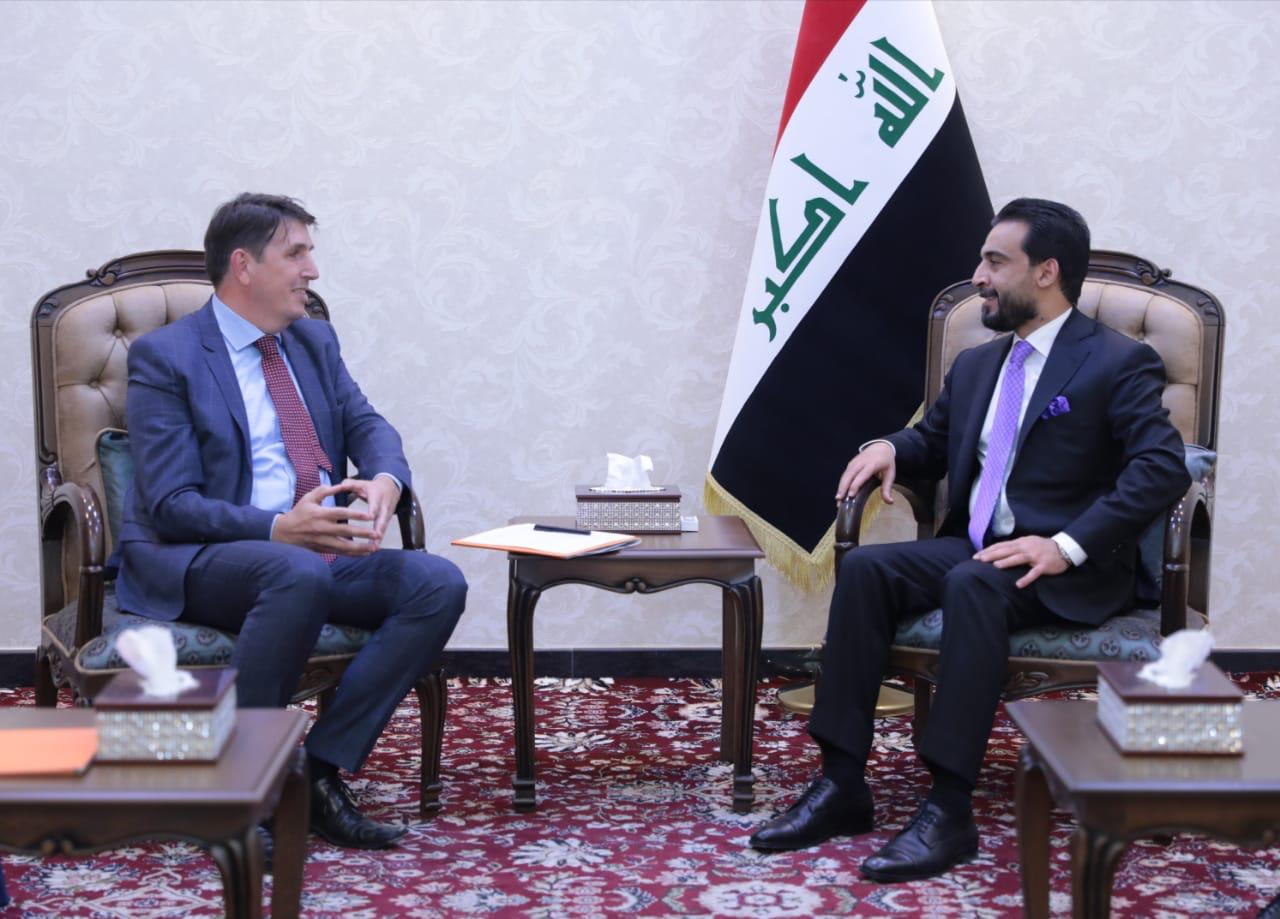 The Information Office of the Speaker of the House of Representatives, Mohammed Halbousi, in a statement received (Mawazine News), that "Halbousi, received the Chargé d'affaires of the Embassy of the Kingdom of the Netherlands to Iraq, Cherd Hoekstra, and the director of the program of the Netherlands Institute for Democracy Anthony Prasit and their accompanying delegation."

The statement added, "The meeting discussed the prospects of cooperation with the Kingdom of the Netherlands, its efforts in the international coalition to combat terrorism, and contribute to support Iraq, and help the return of displaced people to their homes after the victory against extremist terrorist organizations."

Al-Halbousi welcomed the "Director of the Netherlands Institute for Democracy" program, expressing "the readiness of the House of Representatives to hold workshops between the parliamentary committees and the Institute, especially in programs to develop democracy and human rights, and activate the role of women in society and in the field of sports and youth."

For his part, the Dutch Chargé d'Affaires, Hoekstra expressed his country's readiness to support Iraq politically, militarily and economically.

In turn, the Director of the NDI Program expressed his desire to "expand their work in Iraq, support the democratic process, encourage political dialogue between parties, and empower women and their role in society through developmental intellectual programs."