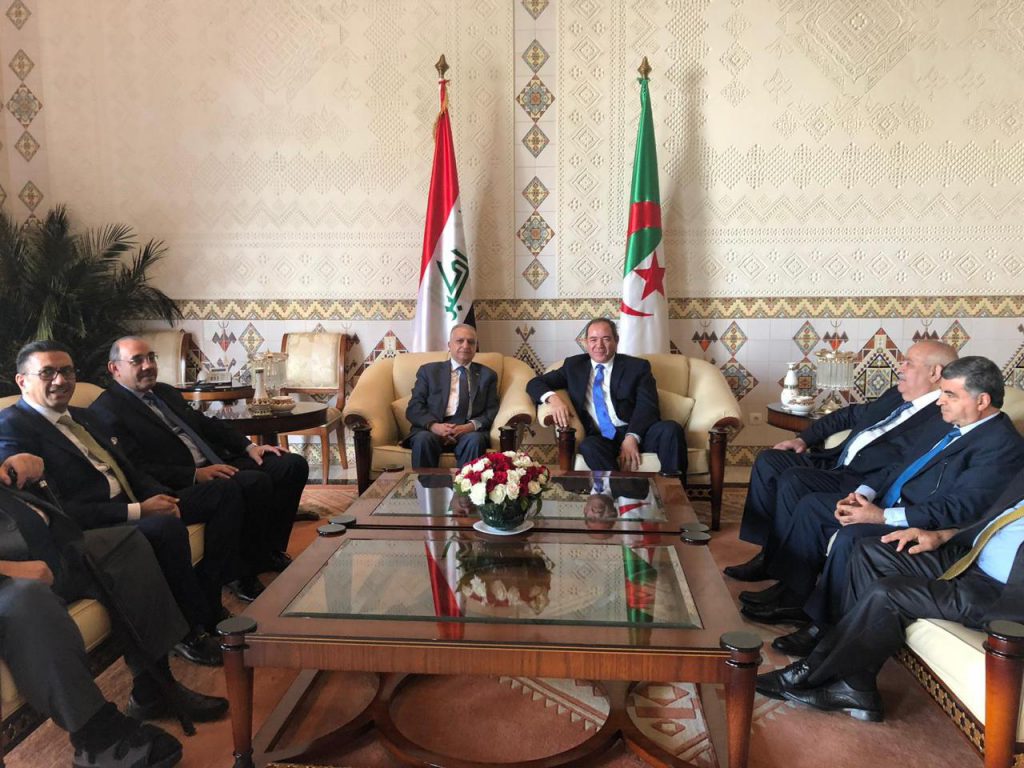 He added: Iraq is Algeria is one of the pivotal countries in the Arab Maghreb, and it must be continued coordination between the two countries in various fields and to serve the interests, and Arab issues. Foremost among them is the Palestinian cause.

He pointed out the importance of deliberation in the most important thing that was put forward at the meeting of the Arab League in Cairo, especially as Iraq is heading the Council of the League at the ministerial level.

He called on investors from both countries to work together and exchange experiences.
This comes on an official visit by Minister Hakim to Algeria to open new horizons for bilateral relations between the two countries, and to bridge cooperation in the interest of the two peoples.

For his part, Algerian Foreign Minister Sabri Boukadoum said Iraq is a sister country. The Iraqi and Algerian peoples have historically many participants.
Indicating: Algeria is open to Iraq, and is ready to cooperate in various fields: cultural, economic, community and security.
He expressed his congratulations to Iraq for the victory over terrorism, the perpetuation of peace, and stability. 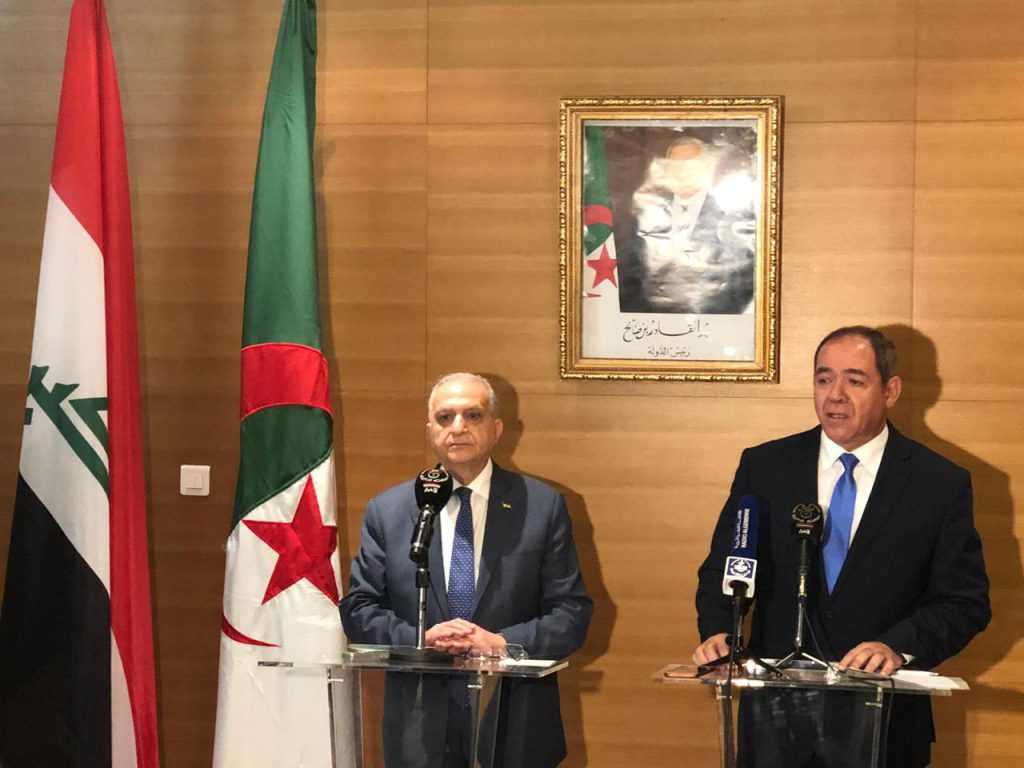 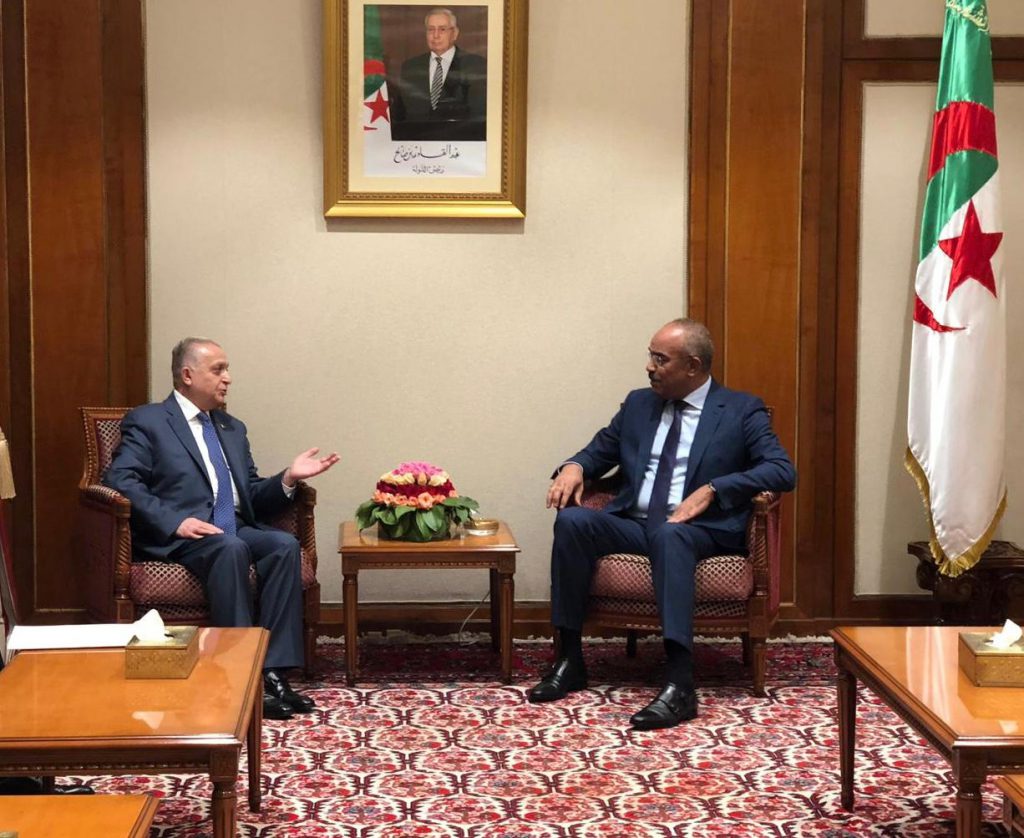 Minister al-Hakim conveyed greetings of the President and Prime Minister to the Prime Minister and the Algerian people,
stressing that Iraq is recovering after the victory over terrorism, stressing the importance of benefiting from the natural and human resources that both countries have, and must be developed to achieve an economic renaissance. It benefits the two peoples, he said, adding that young people are an important segment of society that should be taken care of, meet their ambitions, and direct their energies to serve the country.

For his part, Algerian Prime Minister Noureddine Badawi congratulated the minister on Iraq's victory over terrorism, noting: This victory is for all Arabs, and Algeria in particular, praising Iraq's support for Algeria, especially after independence in various fields, including education, explaining: This support has had a positive impact in the hearts of people. All the Algerian people.

Minister Hakim's visit is of great importance to the Algerian government and people. It will strengthen the rapprochement between the two peoples and pave the way for future cooperation. 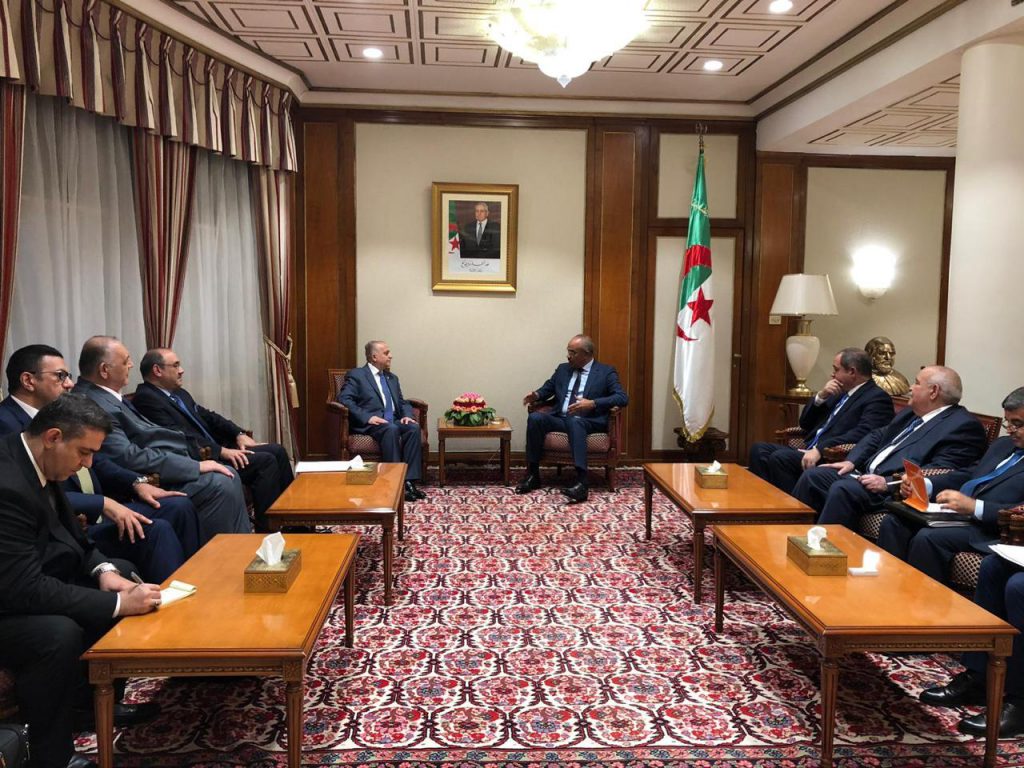