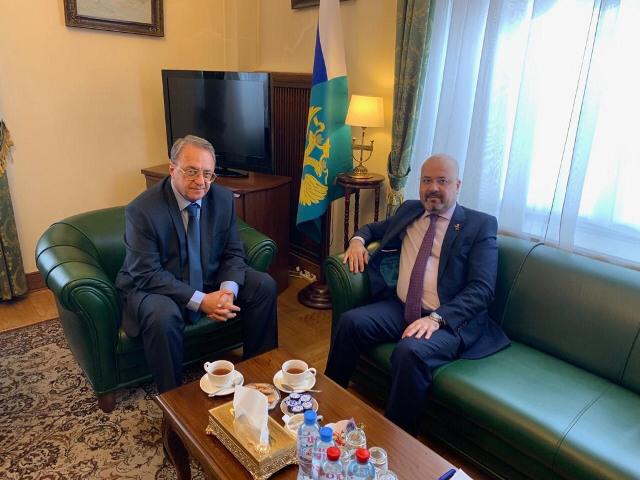 On 5/9/2019, Ambassador Heydar Mansour Hadi Al Athari met with the Russian President's envoy to the Middle East and North Africa and Russian Deputy Foreign Minister Mikhail Bogdanov to discuss bilateral relations and the latest political developments on the regional and international arena.


During the meeting, they exchanged views on the developments in the Arab Gulf region and the issue of collective security.

The ambassador stressed that security cooperation between Iraq and Russia through the quartet center, which includes Iraq, Russia, Iran and Syria, continues to coordinate jointly to combat terrorism in the region, pointing out that the center has contributed effectively in curbing the role of terrorist groups.

The ambassador discussed with the Russian President's envoy to the Middle East and North Africa ways to strengthen bilateral relations between the two countries in all sectors, as the ambassador stressed that the celebration of both countries soon (75) anniversary of the establishment of diplomatic relations between Iraq and Russia reflects the strength and solidity of the relationship between the two friendly countries.

For his part, "Mikhail Bogdanov," the Russian government's continued support for Iraq in its war against terrorism, noting that Russia sees in Iraq a true partner and friend with which it has understandings on various important political issues in the region.

He added, "Mikhail Baghdanov" that Russia is seeking to increase bilateral cooperation with Iraq in various important sectors, noting that Russian companies operating in Iraq in the fields of oil, energy and gas want to increase the volume of investment in Iraq.) 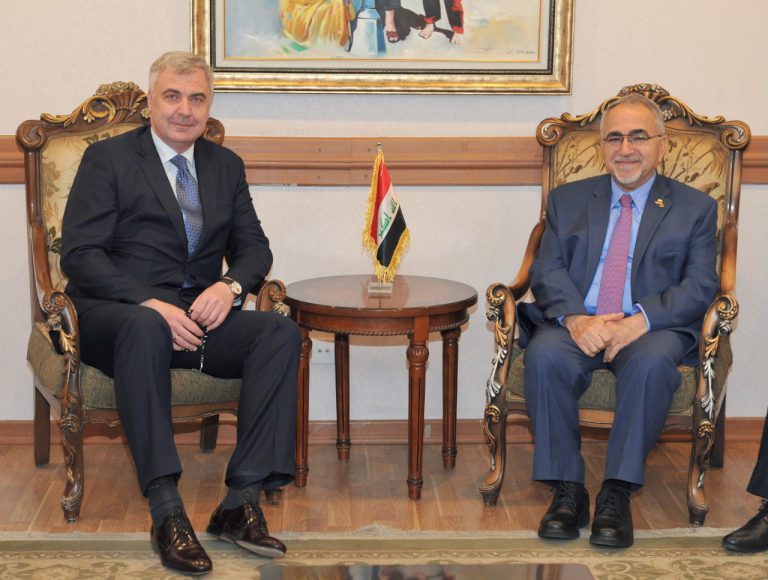 The President of the Department of Europe met Ambassador d. Ismail Shafiq Mohsen, Russian Ambassador to Baghdad, Maxim Maximov, at the ministry in Baghdad.

During the meeting, the President of the European Department received congratulatory messages addressed to the President of the Republic, Prime Minister and Foreign Minister from their counterparts Russian President Vladimir Putin, Prime Minister Dmitry Medvedev and Foreign Minister Sergei Lavrov on the occasion of the 75th anniversary of diplomatic relations between Iraq and the Russian Federation. 9/1944. They also discussed bilateral relations and issues of common interest, as well as follow-up visits of high-level delegations between the two countries, which are scheduled to be achieved soon.


The Iraqi Foreign Ministry announced on Tuesday the signing of a huge contract with the Russian company 'Gazprom' to develop energy fields in the city of Ramadi, Anbar province.
[size=20]"We are finalizing work on all agreements on the development of oil and gas fields in the Ramadi area, and we believe that Gazprom's investments under these agreements will amount to about $ 45 billion," Iraqi Foreign Minister Moayad Saleh said in a statement.
Gazprom and Baghdad are finalizing an agreement to develop energy fields in Ramadi, the capital city of Anbar province. The Russian company is expected to invest $ 45 billion.
Earlier, Russian Energy Minister Alexander Novak said that a number of Russian companies are interested in concluding oil and gas contracts for the supply of oil and gas equipment to Iraq, which is the second largest oil producer in the organization 'OPEC', with an average crude production of about 4.7 million barrels per day.
Gazprom is not the only Russian company to carry out oil projects in Iraq, where the companies "Stroy Trans Gas Oil" and "Ross Oil" and "Lukoil", the development of fields in Iraq, including 'West Qurna 2', which is one of the The largest oil fields in the world, with proven reserves of about 14 billion barrels.
In September, Baghdad signed an initialed contract with 'Stroy Trans Gas Oil' to explore, develop and produce oil in energy fields located in the province of Anbar, and the duration of the contract will be 34 years, according to the Iraqi Oil Ministry.[/size] 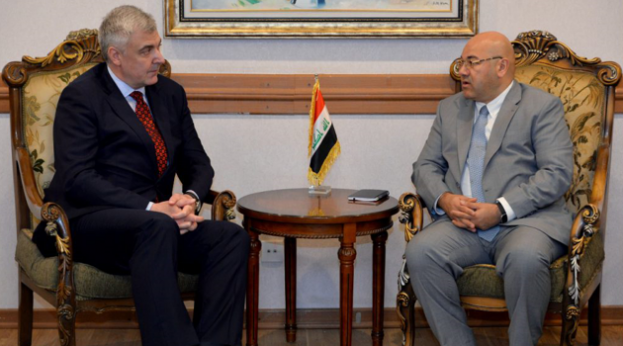 By John Lee.
Iraq’s Deputy Foreign Minister Muayad Salih has said that he expects Russian companies to increase their investment in Iraq.
Tass quotes him as saying that a Russian company is starting to develop of fields in the area of the Ramadi city, adding:
“Hopefully investments there will top $45 billion by 2030.”
Meanwhile, the head of the Legal Department at the Iraqi Foreign Ministry, Mr. Luqman Al-Faily, met with the Russian ambassador to Baghdad Mr. Maxim Maksimov, at the Ministry’s headquarters in Baghdad.
During the meeting, they discussed procedures for the mutual exemption of entry visas between the two countries for holders of diplomatic, service and special passports.
(Sources: Iraqi Foreign Ministry, Tass)
http://www.iraq-businessnews.com/2019/09/12/iraq-targets-increased-investment-from-russia/

[ltr]Russian Foreign Ministry spokeswoman, Maria Zakharova, announced that Minister Sergei Lavrov will pay a working visit to Iraq.[/ltr]
[ltr]Zakharova said during a press conference on Thursday: "During the visit, which will be for the days (7 and 8) next October, Lavrov will meet with the leadership of the country in Baghdad, as well as with the leadership of the Kurdistan region in Erbil."
"During the visit, the two sides will exchange views on the pivotal aspects of the Middle East agenda, focusing on the situation in Iraq, Syria and the Gulf region. They will also discuss the situation surrounding Iran and the developments in the Palestinian territories."
Zakharova said special attention will be given to the development of cooperation in counter-terrorism and the spread of religious extremism.[/ltr] 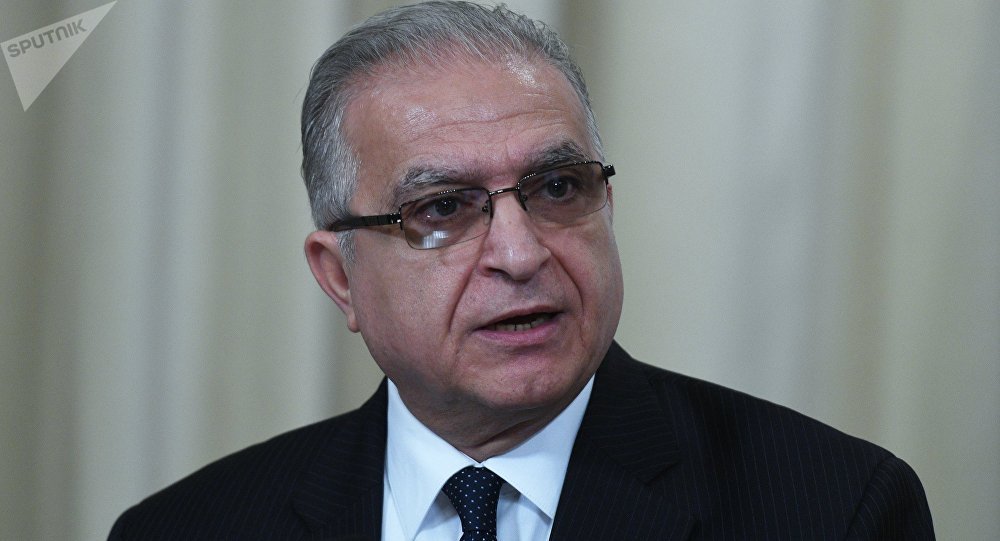 
The Iraqi Foreign Ministry spokesman, Ahmed Al-Sahaf, said that the great consensus between Baghdad and Moscow will enhance the face of common challenges and work together with the Russian side to stabilize the region.
Al-Sahaf said in a statement to Sputnik, on Friday, that the upcoming visit of Russian Foreign Minister Sergei Lavrov to Baghdad on October 7 and 8, comes within the framework of a number of regional changes, and discussed the situation with Baghdad represented by the three presidencies and the Minister Iraqi Foreign Ministry.
The spokesman explained that the "shared vision building will be a priority in the consultations, particularly with regard to the risks and challenges in the region, in relation to the process of escalation between Tehran and Washington, as well as in the fight against terrorism and the exchange of joint support between Baghdad and Moscow."


He pointed out that the visit also deals with supporting Iraq's efforts at the level of multiple sectors related to relations between the two countries at the level of energy and other political and diplomatic areas.

[rtl]"The Russian-Iraqi relations are characterized by a strategic and stable nature, which comes as a result of the awareness of the two sides on the need to maintain joint work, so that Iraq offers opportunities for empowerment in various fields, including agriculture, industry, energy and oil, and other areas related to diplomatic training."[/rtl]
It also deals with coordinating visions on the most important issues that plague the region, especially as Iraq seeks to defuse the crisis between Washington and Tehran, and work to stabilize, and the need to combat terrorism, especially as the Iraqi national machinery monopolize this role, according to Sahaf.
[rtl]Regarding the Russian role in countering terrorism, Al-Sahaf said, "The brothers in Moscow realize the importance of maintaining a safe and stable area, avoiding it in the face of any escalation that reflects negatively on its security and believes that the great consensus between Baghdad and Moscow in the fight against terrorism enhances the face of common challenges."[/rtl]
As for whether the visit will touch on the Syrian file, Sahaf continued, "The vision of Iraq, which he presents to all meetings and the Arab League, stating the need for Syria to return to the Arab League in order to achieve three priorities. The first is to maintain the identity of the Arab League as a university. The joint Arab role in front of a number of Arab issues of a strategic nature, which need wide discussions within the Arab House unanimously.
[rtl]"The third priority is equal and undivided Arab security, which calls for the continuation of joint Arab efforts in combating terrorism in order to strengthen the national state and restore a stronger Arab presence," Sahaf said.[/rtl]
He stressed that without restoring common Arab security and working on mutual coordination, there can be no progress towards a common Arab economy and common Arab social protection, and that Iraq had a large presence and to emphasize this vision on the attacks suffered by some Arab countries by aviation attacks by Israel, through The draft resolution condemned the attacks on Arab countries.