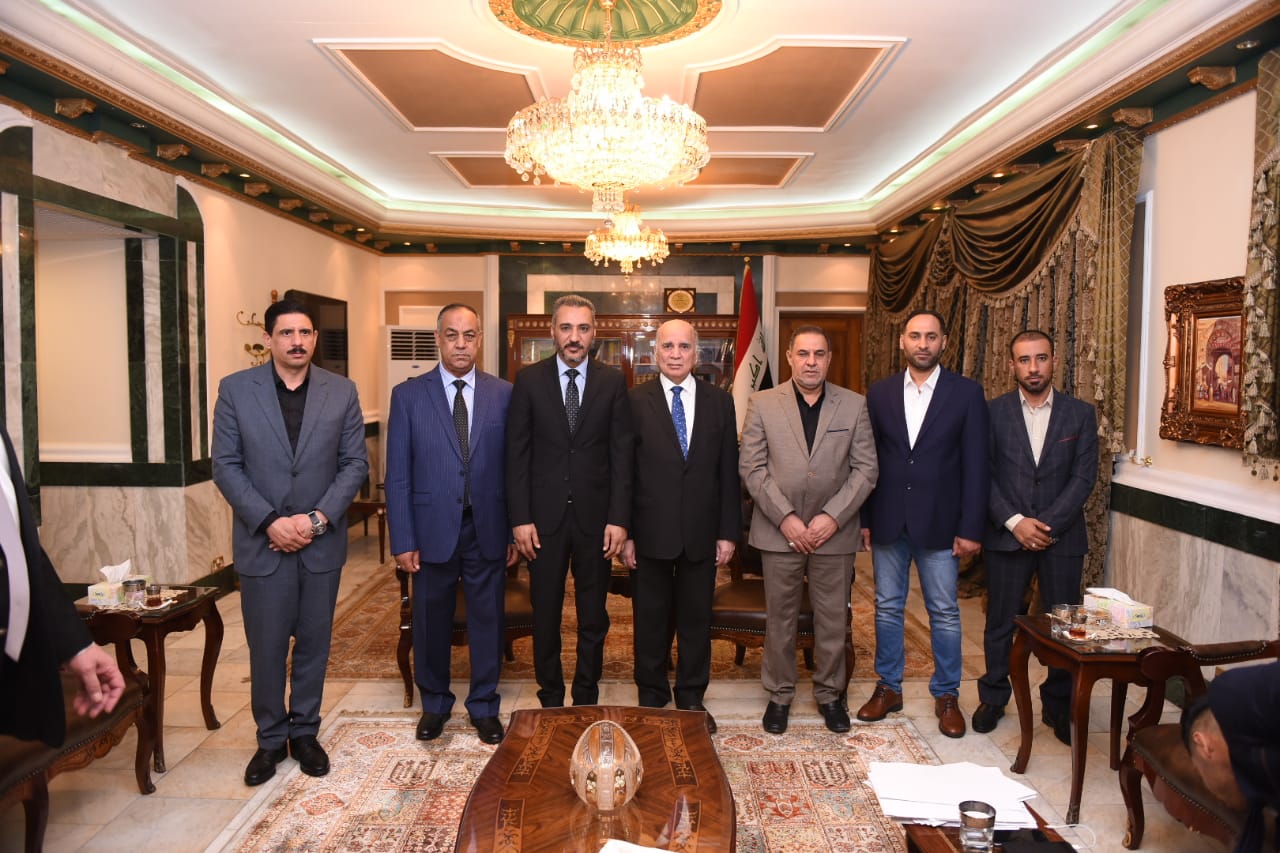 Deputy Prime Minister for Economic Affairs, Minister of Finance, Mr. Fuad Hussein, received in his office Baghdad 5 September 2019 Mr. Ahmed exile Governor of Muthanna and Chairman and members of the provincial council During the meeting reviewed the service and economic reality of the province of Muthanna by the Governor, noting that the province suffers from a large Resources other than budget disciplines with high poverty rate.

The Deputy Prime Minister also listened to the problems faced by the province of poor services, lack of allocations and widespread unemployment

For his part, the Deputy Prime Minister pointed out his personal and government interest in developing the service and economic reality of the dear governorate and upgrading the economic level through the development of agriculture and the revitalization of this important sector and provide modern means of irrigation and the provision of agricultural inputs

The Deputy Prime Minister directed the accounting and budget departments to pay special attention to the province and launch their specialties, as well as discussing their budget for the coming year in order to provide the necessary allocations to fill the shortage in the workforce, especially in the municipal sector, as well as solving some problems related to street losses.

The meeting was attended by the Director General of the Accounting Department, the Director of the Office of the Deputy Prime Minister and a number of officials and advisors from both sides.