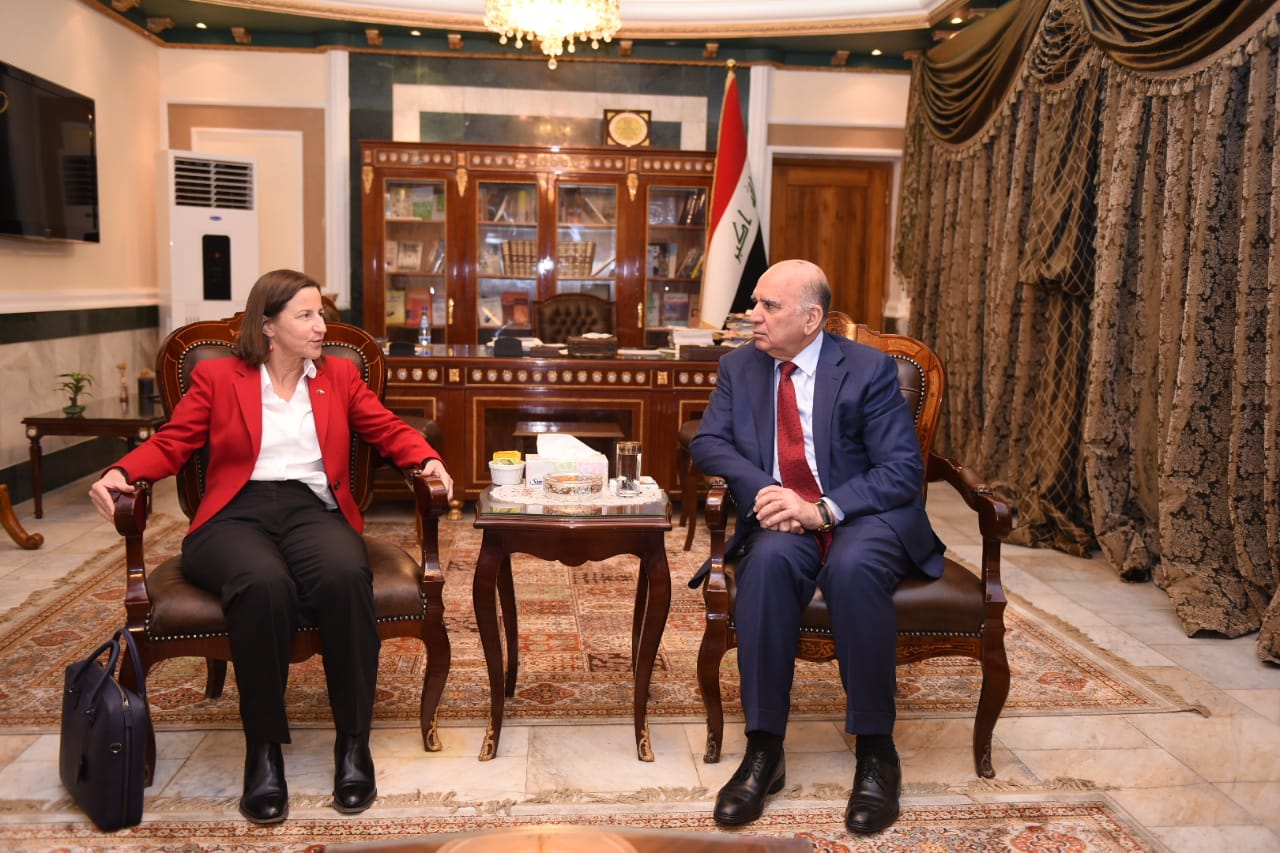 Deputy Prime Minister for Economic Affairs received the Minister of Finance, Mr. Fouad Hussein in Baghdad on Wednesday, 28 August 2019
Dr. Joan Lundis is the Australian Ambassador in Baghdad
During the meeting, they exchanged views on how to develop joint cooperation between Iraq and Australia in all fields
They also discussed the steps taken by the Ministry of Finance in preparing the state budget in order to convert it into a program and performance budget.

As well as the development of important financial institutions such as customs and taxes and fully converted into an electronic system in order to provide the best services to citizens and eliminate corruption
For his part, the Deputy Prime Minister praised the distinguished relations between the two countries, pointing out that the Iraqi government is taking important steps to develop the economic system in general and attention to the development of the banking system and the transition to the entire electronic system for all state institutions
The two sides also discussed the possibility of Australia assisting civil society organizations through its well-established organizations in the field of women's rights and human rights in combating domestic violence and preserving the environment.