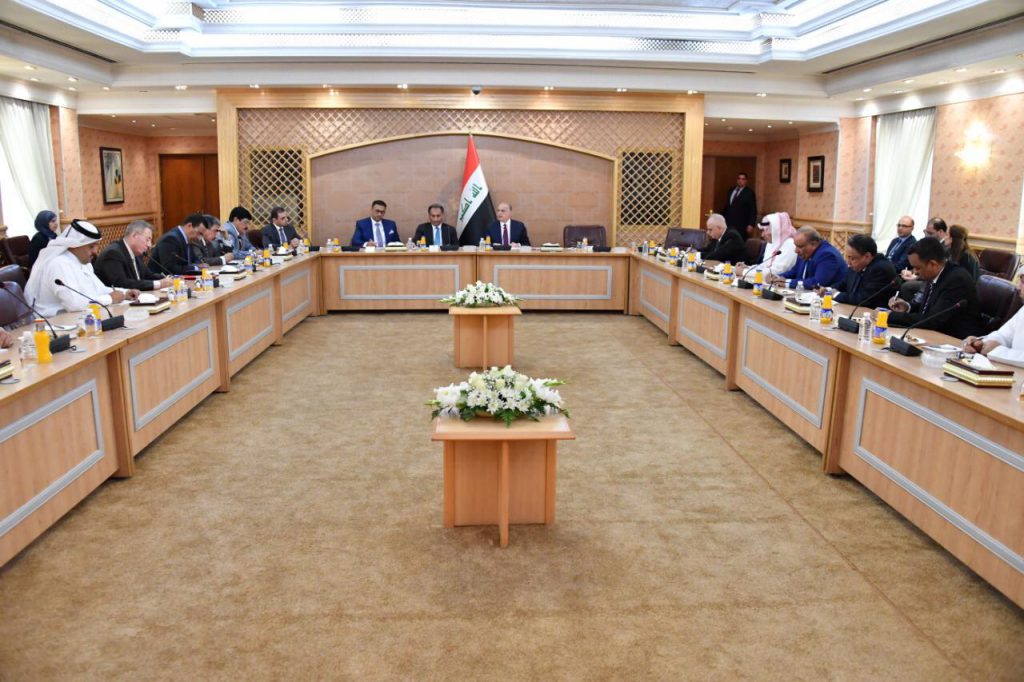 The minister started the meeting with the blessing of the Sudanese ambassador on the occasion of choosing a prime minister, usually a step towards achieving the aspirations of the Sudanese people.


He then reviewed political and security developments, including the recent bombings, which were of concern to Iraq, stressing that in the case of the involvement of a state from outside Iraq, we reserve the right to respond according to international law and norms, pointing out that Iraq is not an arena for settling accounts, and will not allow the violation of its sovereignty.


As for the presence of foreign forces in Iraq, the minister explained that they are the international coalition forces, which are present at the request of the Iraqi government, stressing that the Popular Mobilization is an Iraqi force, and part of the armed forces under the command of the commander in chief of the armed forces.


He also reviewed Iraq's efforts to promote joint Arab action to achieve collective security, pointing out that the Middle East region faces challenges and threats to its stability,

threatening its security, calling for priorities to be to strengthen joint efforts to achieve security, stability, and I would say Iraq is at the forefront of countries that support peacekeeping.


The meeting dealt with the situation in Palestine, Syria, Yemen, Libya and Sudan.
Minister al-Hakim highlighted Iraq's support for the independence of Palestine, the establishment of its state and its capital, Jerusalem, the freedom of the Palestinian people, Iraq's assertion of Syria's unity, and the need for a Syrian-Syrian dialogue to end the current crisis. Yemenis live and expressed respect for the choices of the Sudanese people.


This meeting is a continuation of the diplomatic movement carried out by the Ministry of Foreign Affairs a few days ago, in the framework of keenness to maintain permanent contact with ambassadors accredited to Baghdad to discuss bilateral relations and regional issues of common interest. 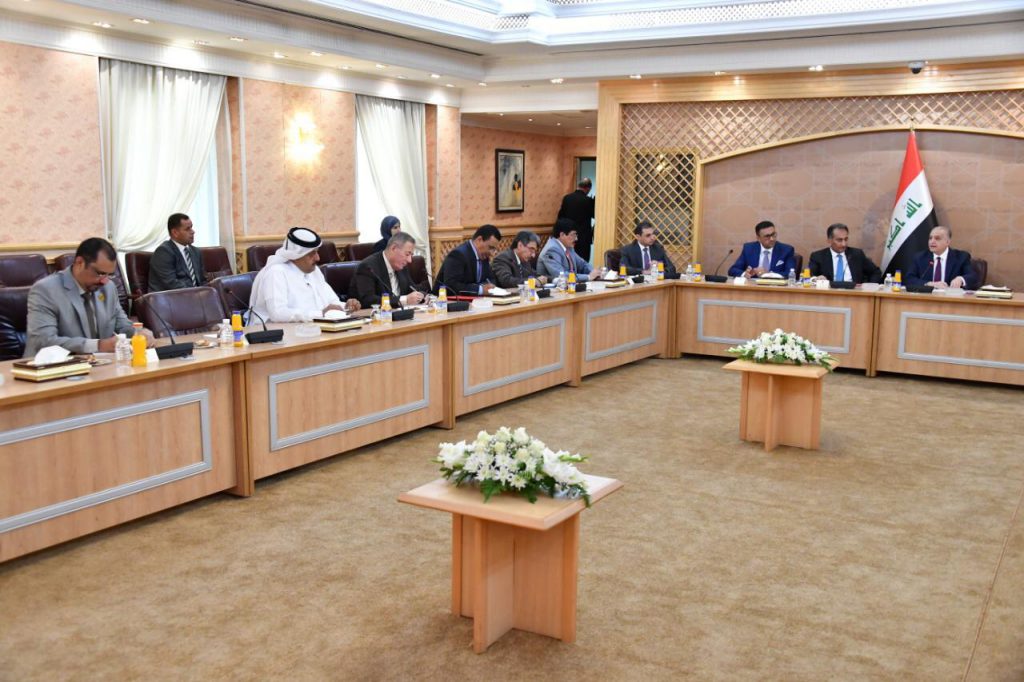 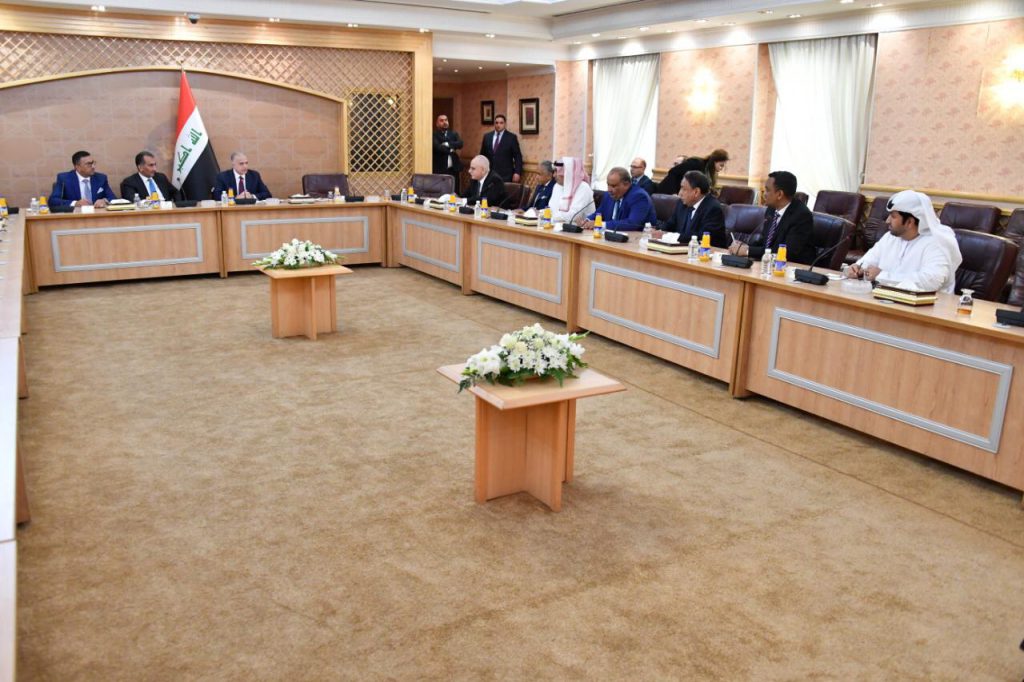 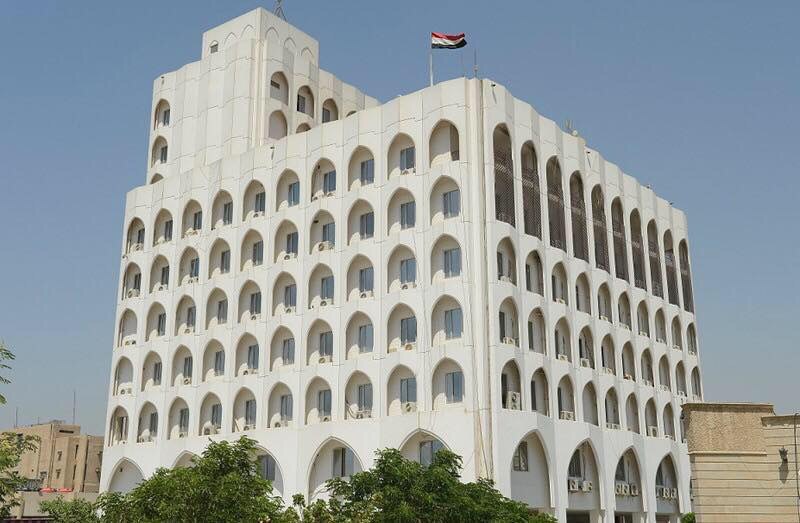 
Today, he met with the Ambassador of Russia (a permanent member of the UN Security Council) and held an extensive meeting with Arab ambassadors accredited to Iraq.


These meetings come within the framework of stressing the centrality of preserving Iraq's independence, sovereignty, territorial integrity and social cohesion, its rejection of any interference in its internal affairs, or its involvement in the crises of the region as a party at the expense of another party.


It was also stressed that Iraq is committed to the principle of good-neighborliness, and will not be allowed to be the arena for conflict and disagreement
We affirm that the security of Iraq is the top priority of the government, and we emphasize the importance of the safety of all Iraqi security formations that are legally covered, under the command of the Commander-in-Chief of the Armed Forces, with outstanding national performance, demonstrated high efficiency, and made great sacrifices in the liberation of cities from ISIS; We therefore express Iraq's absolute and unequivocal rejection of any attack against it under any pretext or allegation.


Minister al-Hakim revealed in these meetings that the Ministry of Foreign Affairs will take the necessary diplomatic and legal measures through the United Nations and the UN Security Council, and coordinate with brotherly and friendly countries to address any action that violates the sovereignty of Iraq and affect the territorial integrity.