The Joint Operations Command on Sunday denounced the Pentagon's report that there are more than 14,000 ISIS criminal gangs in the border areas between Iraq and Syria.
"The Pentagon's report on the presence of more than 14,000 ISIS operatives in the desert areas bordering Syria is greatly exaggerated," Joint Operations spokesman Brigadier-General Yahya Rasool told Maalouma.
He added, "We reserve a lot of what was mentioned in the Pentagon report," noting that " ISISelements present in those areas do not exceed dozens and deployed in the form of small groups of three to five elements pockets and hiding.
He continued that "the movements of those elements in the desert border areas are defensive and not offensive," noting that "the operations of the will of victory first, second and third destroyed many of their hosts and hideouts and killed dozens."
He stressed that "the operations of the will of victory continue in the form of pages until the elimination of all elements of the organization and sleeper cells."


The US Department of Defense Inspector General released a formal report last week which claimed ISIS retains between 14,000 and 18,000 members in Iraq and Syria, which Pentagon officials used to argue for a continuing US troops presence in Syria. They touted the report as "verification" that a US draw down in Syria had enabled a a resurgent ISIS.

The Iraqi military, however, which partners with US forces, has rejected the report, calling it "extremely exaggerated".

“The figure announced by the Pentagon is extremely exaggerated,” the spokesman for the Joint Operations Command, Brig. Gen. Yahya Rasool, said in a press statement, as quoted by Iraqi news agency Malouma and regional outlet Kurdistan24. 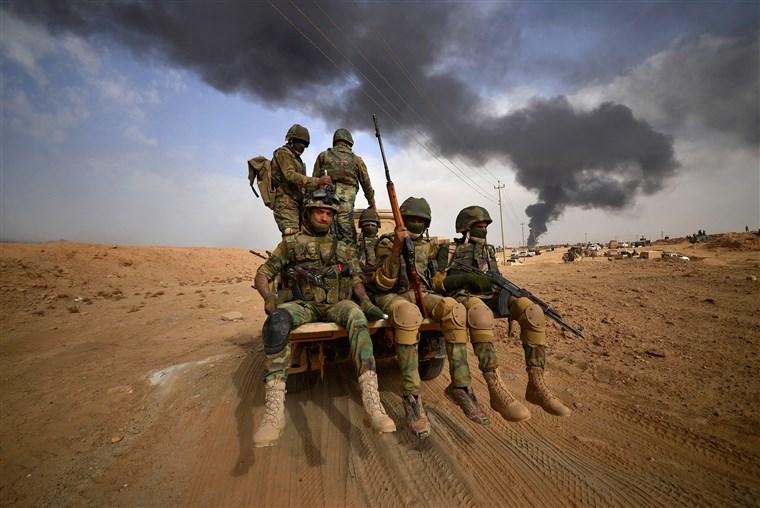 The general added that Iraqi national forces are in their third and final phase of an operation meant to clean out final pockets of Islamic State sleeper cells.
Last Tuesday's Pentagon report presented to Congress asserted that ISIS terrorists are “growing again in power” in Syria and Iraq, and painted a general picture that to the extent American troops leave the region, the Islamic State will correspondingly reestablish itself.

“Despite losing its territorial ‘caliphate,’ the Islamic State in Iraq and Syria (ISIS) solidified its insurgent capabilities in Iraq and was resurging in Syria this quarter,” the report says.

[size]
It should be remembered that it's precisely the same argument Syria hawks have repeatedly used to stymie previous plans voiced by President Trump to "bring the troops home". Baghdad officials themselves have also increasingly seen little need for the unpopular US troops presence on Iraqi soil.

Like Osama bin Laden and al-Qaeda in the post-9/11 years, the constantly inflated "ISIS threat" is the new bogeyman that keeps on giving: neocons and hawks will cling to it so long as in enables expanding American presence in the Middle East. [/size]