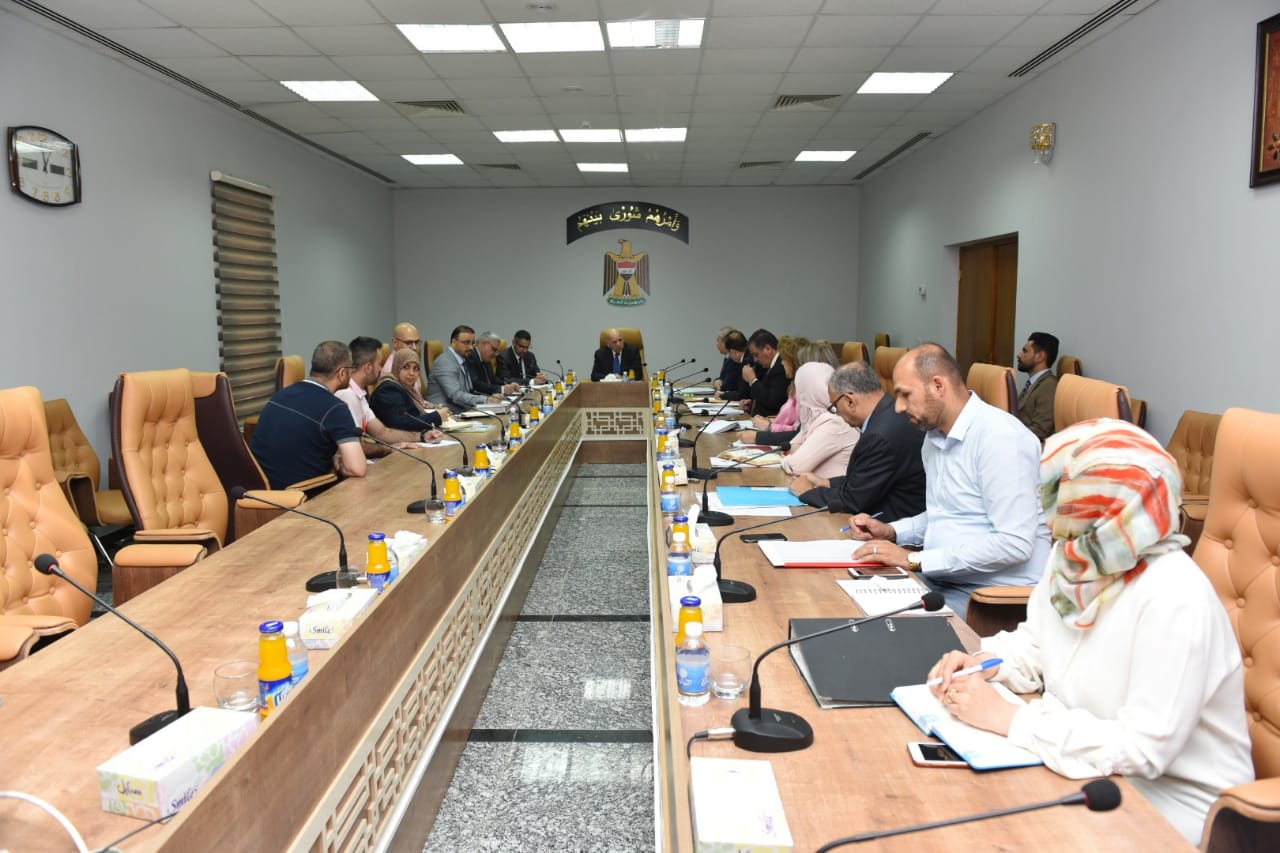 Deputy Prime Minister for Economic Affairs and Minister of Finance presided over a wide-ranging meeting attended by the Undersecretary, the Inspector General, a number of general directors of the Ministry, the Chairman of the Border Ports Authority, representatives of the General Authority of Customs, and a global telecommunications company, a member of the Unicom Group.

The electronic system for all transactions and procedures in the Border Ports Authority and the General Authority of Customs through the unification of the database of the Authority, which will be through gradual steps to the success of this project and the conversion of work from the manual system to the system Elk Rooney integrated and coherent management Ports Authority Alhdodihokzlk The project aims to develop the Commission's work and linking sub-ports the main port and electronically tracking system of goods and electronic link per window

The meeting also considered the reports of the Tender Analysis Committee of the General Authority of Customs regarding the tenders submitted for this project.

It is worth mentioning that the ministry held several meetings in order to convert the work in its bodies and departments to the electronic system in order to ease routine procedures and fight corruption.