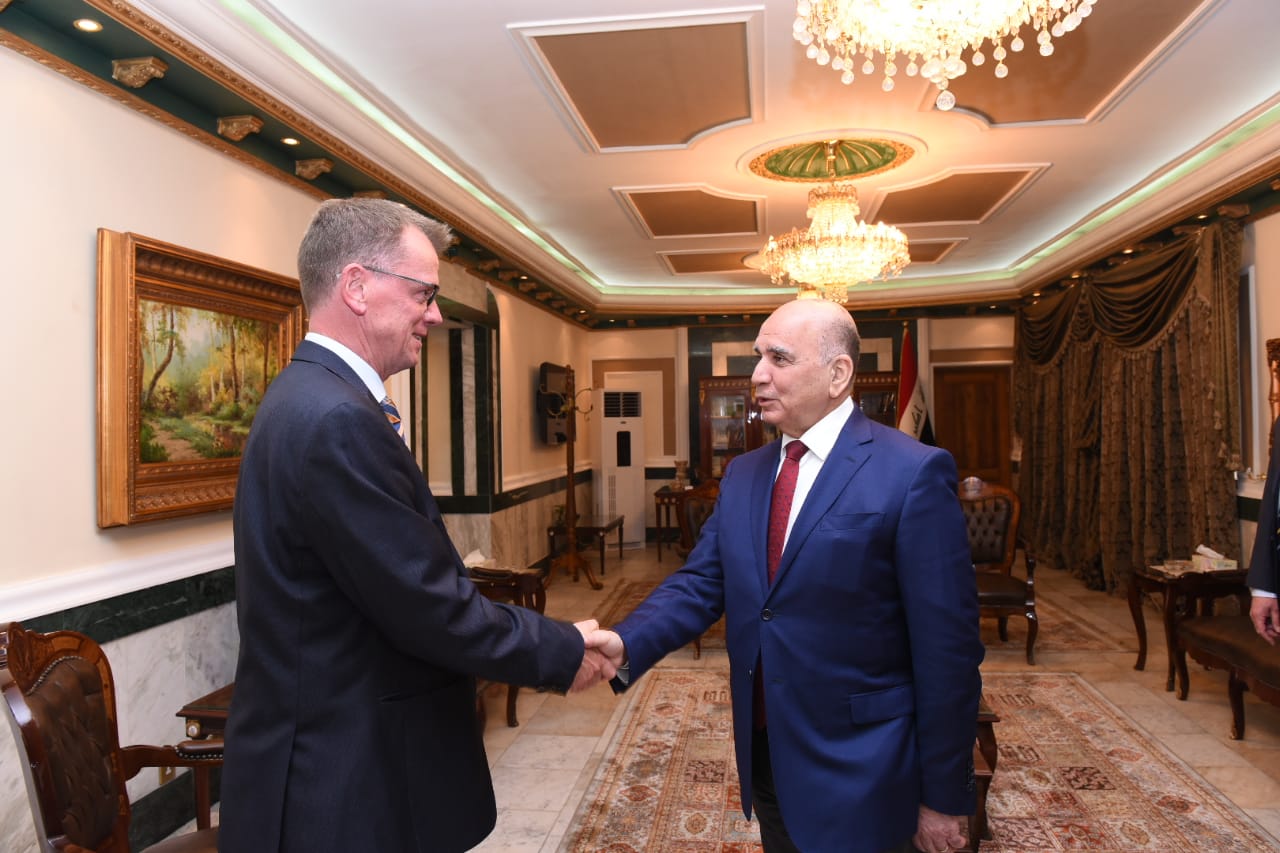 Deputy Prime Minister for Economic Affairs and Finance Minister Fuad Hussein received in his office Baghdad, August 5, 2019, the new German Ambassador, Dr. Olla Dell, after obtaining the credentials of an accredited ambassador to his country in Baghdad.
The Deputy Prime Minister welcomed Mr. Del on the occasion of his new duties, wishing him success and conciliation and appreciating the distinguished relations between Iraq and Germany.
He also pointed out at the same time that Iraq is seeking to develop relations between the two countries and strengthen them, including the interest of the two friendly peoples.
For his part, Dr. Olla Dell said he will work hard to support relations and the Iraqi economy and will encourage German companies to work in Iraq.
Mr. Dell pointed out his country's willingness to participate in the restoration of stability, especially in the areas affected by the occupation of terrorist gangs and investment in infrastructure projects important infrastructure. Asked about the decentralized application in Iraq, Mr. Deputy Prime Minister said that many ministries have already begun to convert Powers to the provinces, and the Iraqi government goes under the Constitution to transfer the powers provided for in the Constitution to the provinces.