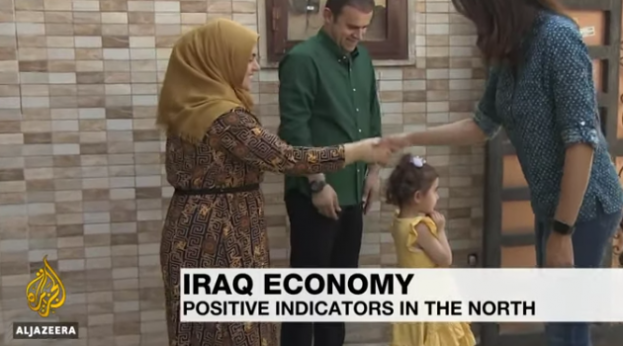 From Al Jazeera. Any opinions expressed are those of the authors, and do not necessarily reflect the views of Iraq Business News.
It has been five years since the Islamic State of Iraq and the Levant (ISIL or ISIS) was defeated in the Kurdish region of northern Iraq.
The area has been stable since then, but it has struggled economically.
There are 1.4 million people working in the government and public sector in the semi-autonomous region. They watched their paychecks shrink or disappear, beginning in 2014.
That was when the war with ISIL began, the price of oil plummeted and the federal government of Iraq cut budget payments to the Kurdistan Regional Government.
Austerity measures were implemented and workers paid the price with reduced salaries.
However, following the formation of a new government this year, many people are hoping that this is starting to change.