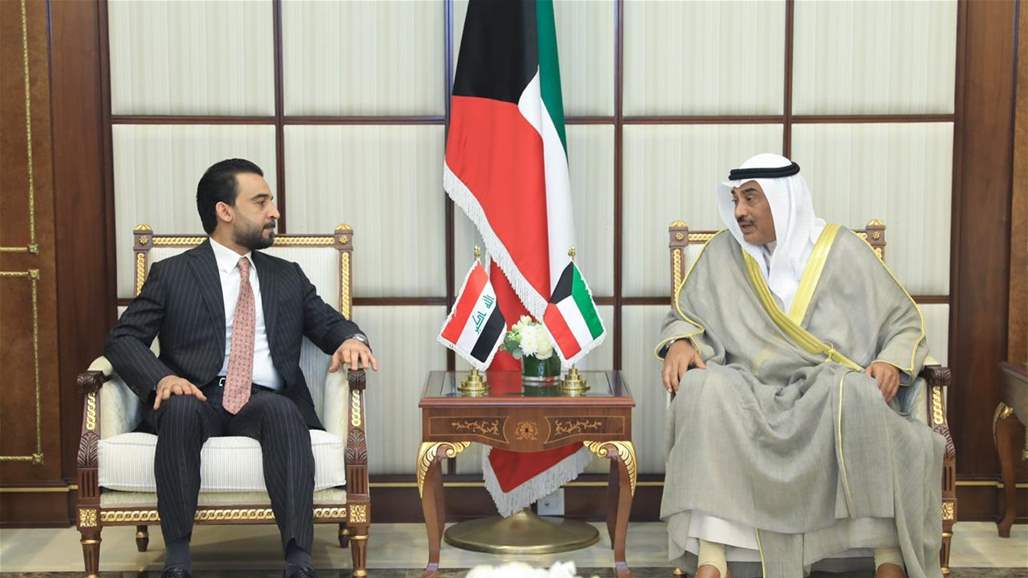 Speaker of the House of Representatives Mohammad Al Halbusi on Monday called for the expansion of Kuwaiti investments in all provinces. A Kuwaiti minister considered the development of parliamentary diplomatic relations between Iraq and Kuwait to be a positive factor to create more rapprochement between them.

"The Speaker of the House of Representatives and his accompanying delegation met on Monday with First Deputy Prime Minister and Foreign Minister Sheikh Sabah Khaled Al-Hamad Al-Sabah, " Al- Halbusi's office said in a statement received by Alsumaria News .

"The depth of this relationship will be positively reflected at all levels, and Iraq today is keen to build balanced relations with all, and we commend Kuwait's role in supporting Iraq ," the office said. In international forums ".

He thanked the Speaker of the House of Representatives for Kuwait's diplomatic efforts to "invite donor countries to meet their obligations at the Kuwait International Conference of donors for the reconstruction of Iraq ," calling for "the expansion of Kuwaiti investments in all provinces."

For his part, the Kuwaiti foreign minister said that "the development of parliamentary diplomatic relations between Iraq and Kuwait will be a positive factor to create more rapprochement between them."

"The two countries will work to activate the joint committees to resolve the outstanding problems between them," the Kuwaiti minister said, expressing his readiness to hold a meeting with Iraqi parliamentarians to discuss all parliamentary diplomacy that makes progress and push towards building advanced relations between the two countries.