Interpretation of the Constitution

Interpretation of the Constitution

The role of this important jurisdiction of the Federal Court is clearly manifested. The more vague and ambiguous the constitutional text is, the more likely it is that political authority will need to apply that text to the face One or one fact, to apply to the situation And as a result of a dispute between the authorities or among the political parties and their desire to resolve that dispute, they will go to the Federal Court, as the competent authority, to say the final word in the disclosure of what the legislator intended and what he wanted, when that text was drafted.

Here is the question: Does the Federal Court reveal the purposes of the authors of the constitutional text, no matter what? Or does it reveal the ends that the Constitution itself intends, away from the intentions of its authors?

The Iraqi constitution has been adopted in a political, security and economic situation, and a difficult situation, since the institutions of the state have not yet been formed, and the political vision of the framers of the Constitution, did not crystallize in a certain position, so it is uncertain that the drafters of the Constitution, The constitution, which is capable of absorbing the political and administrative transformations that will be witnessed in the country, especially since the current situation is radically different from the situation in which the constitution was passed. Is the function of the Federal Court the disclosure of the purposes of the legislator in that period? Or is it the job of revealing the purposes for which the constitution is drawn away from the nature of its authors and their backgrounds and political tendencies?

The authority to interpret the constitution, although it comes second after the competence to control the constitutionality of laws and regulations and instructions, but not less serious and important than the control of the constitutionality of laws, the court when it wants to delve into the interpretation of a particular constitutional text, to invent a new constitutional text, , Revealing the original text, does not depart from its content and content, and at the same time, achieves the purpose of interpretation of the Constitution, the Court may resort when you find a lack of text to be interpreted to complete and the development of a new text to complement the original text, or that the text and beyond the disadvantages, The survival of the text, as it is, causes damage and embarrassment to the two authorities Conscientious and even executive.

The federal court is different from all other authorities, even the components of the judiciary, and this difference is not subject to censorship by any other party. All the legislative authorities, for example the House of Representatives, have control over its decisions by the Federal Court itself, the executive authority, the government Control by Parliament and by the judiciary in some cases, the administration there is censored by the administrative judiciary, the Supreme Judicial Council, there is censored by the Council itself.

The Federal Court, in accordance with Article 94 of the Constitution, makes decisions that are irrevocable, irrevocable and not subject to review. This characterizes the composition, law and membership of the Court as an entity of great concern to the legislator with a view to enacting a law capable of forming a court Federal government takes on these serious responsibilities.

Expert: The arrival of clerics to the Federal Court threatens the important laws by abolition

[size=36]Expert: The arrival of clerics to the Federal Court threatens the important laws by abolition[/size] 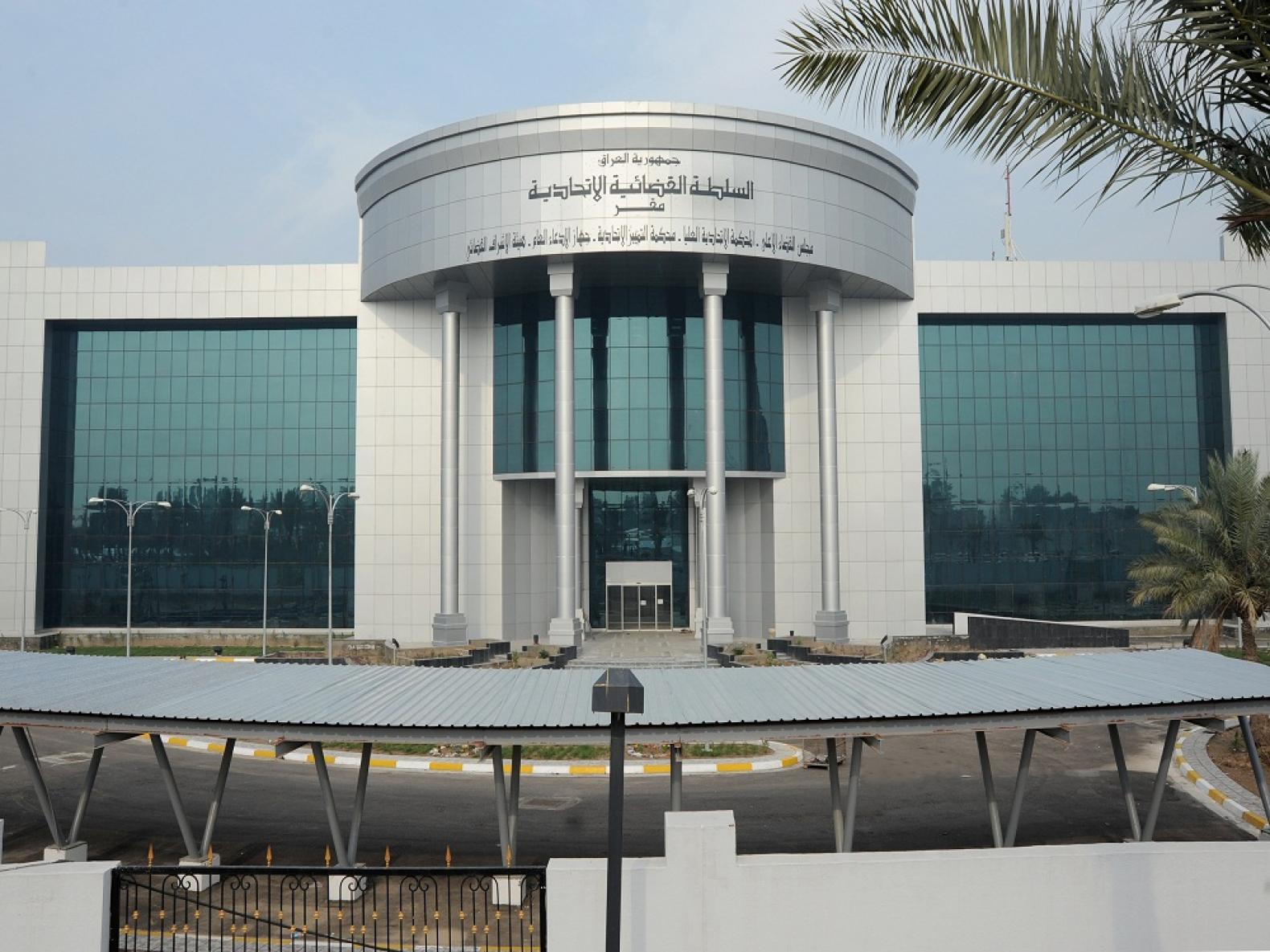 An expert on constitutional affairs revealed on Tuesday the possibility of revoking many important laws if the clerics arrive at the Federal Supreme Court, saying that this would be because of the violation of the provisions of Islamic law.
The expert said Mohammed Sharif, "Many important legislation in the legal system of Iraq will be threatened with cancellation in the event of the clergy to the Federal Supreme Court."
"These laws have been enacted in accordance with the principles of democracy, and have also taken into account the justice that Islamic law seeks."
He pointed out that "the current draft law of the Federal Supreme Court before the House of Representatives guaranteed the arrival of clerics to the judiciary under the name of religious scholars."
"The preference given by the current draft of the clerics to the rest of the members of the court would be exploited to abolish these laws because of their opposition to the principles of Islam," Sharif said.
He explained that "these laws can be discussed in detail in subsequent media statements, it guarantees the rights of Iraqi women and components, as well as create a balance in Iraqi society."
The constitutional expert said that "the best solution is to stop discussing the project, which the House intends to vote on him soon amid a terrible silence and away from the public opinion."
He stressed that "any lawsuit filed before the Federal Supreme Court on those laws on the grounds that they oppose the Constitution, which states that Islam is the religion of the State will open the door to the clergy in the issuance of the ruling unconstitutional by circumventing the spirit of the Constitution."