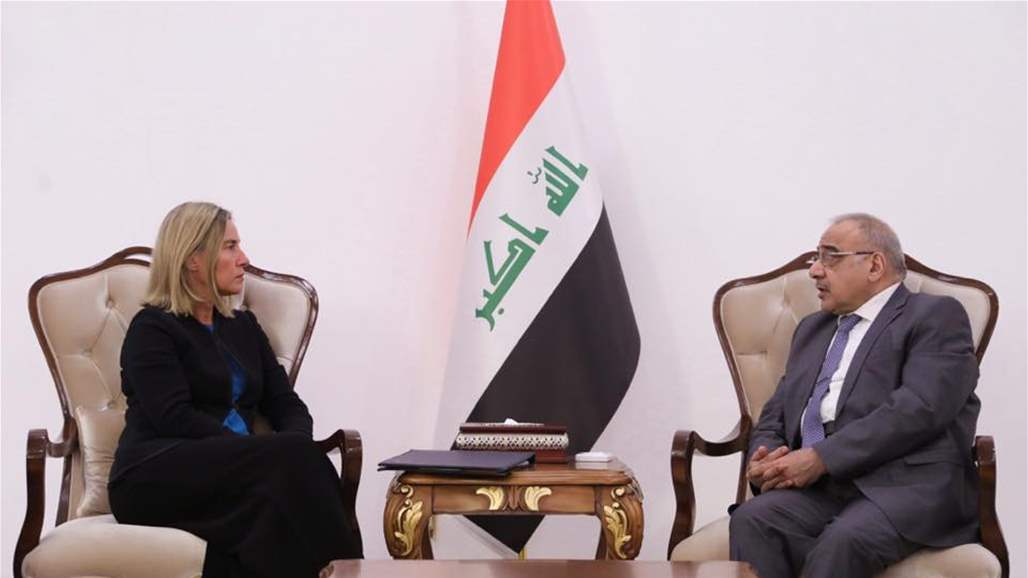 Iraqi Prime Minister Adel Abdul-Mahdi said on Saturday that Iraq sees the EU as a key partner, stressing that Iraq is "an important success story in the region."

The Information Office said for Abdul - Mahdi , in a statement received, Alsumaria News, a copy of it, " The Prime Minister received today the High Representative for Foreign Policy in the European Union Federica Mgrena." " Iraq sees the EU as a key partner and has made important progress and we are still working in this direction," the

And between Abdul - Mahdi , said that " Iraq 's victory over Daesh feet heavy price, and the effects of this victory important for Iraq and the region and the world, including the European Union, and that the major countries to assess Iraq within reality as a state came out of the war and is now rise and strong and effective not as a state Stable and long-standing, and should consider the criteria applied in the classification of international relations to Iraq as a country began to settle after long wars, and therefore we need some kind of positive discrimination. "

For its part, Mgrena confirmed that they have seen Baghdad now is Machahdth the previous time, and that "there is a significant change for the better", indicating that " the main objective of her visit to Baghdad is to emphasize the EU 's support for Iraq politically, morally and financially, as well as to show solidarity with him . " .

" Iraq is one of the best partners of the European Union, and we commend the success of Iraq's balanced foreign policy in the region," she said, calling for "the continuation of this policy."

Mughrini pointed out that "the Iraqi-European positions are identical and the view of the region is similar, and that further cooperation will help in the success of the work on stability in the region and the world," stressing that "