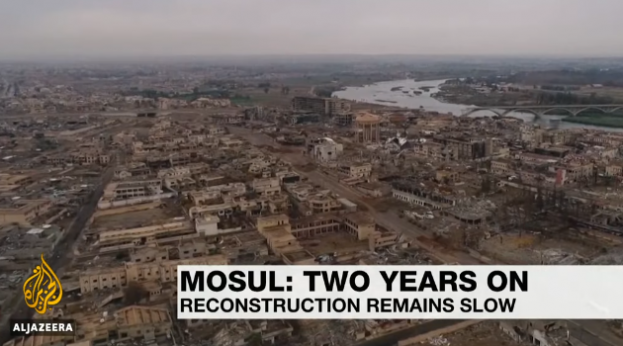 From Al Jazeera. Any opinions expressed are those of the authors, and do not necessarily reflect the views of Iraq Business News.
Slow progress is being made to rebuild the ruined city of Mosul in northern Iraq.
It is two years since the Iraqi army, with a United States-led coalition and Iran-backed Shia militias, drove ISIL fighters from the capital of their self-declared caliphate.
Reconstruction efforts are not being helped by the sanctions imposed by the US on Iraq’s ally Iran.
UN agencies estimate it may take tens of millions of dollars and 10 years just to remove mines and explosives.
Al Jazeera‘s Osama Bin Javaid reports: