Next Friday .. Million demonstrations in 14 provinces and these protesters demands!

Next Friday .. Million demonstrations in 14 provinces and these protesters demands!

[size=36]Next Friday .. Million demonstrations in 14 provinces and these protesters demands![/size] 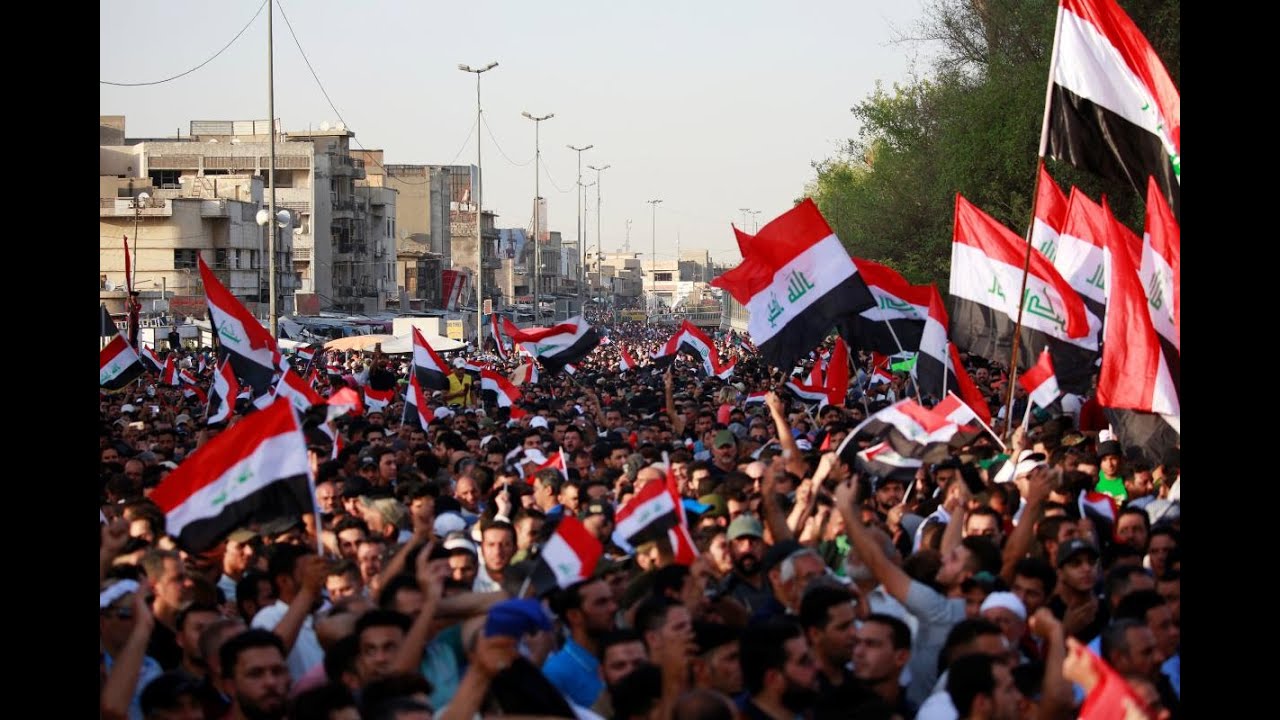 Political efforts to stop the demonstrations next Friday 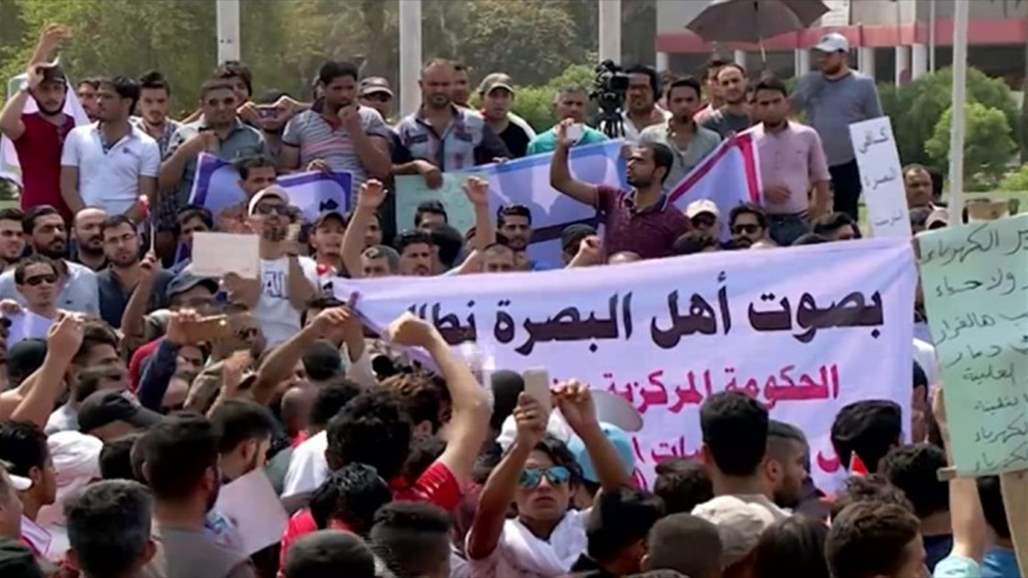 A source familiar with the existence of political efforts to stop the demonstrations scheduled to start on Friday.

The source said that "political blocs began to conduct intensive contacts in order to stop the demonstrations scheduled to start on Friday, fearing the worsening situation and the occurrence of clashes."

A political source revealed Wednesday that a government directive to deal with demonstrations next Friday, which does not cause security or political problems, noting that the transfer of demonstrators should call for security coordination. 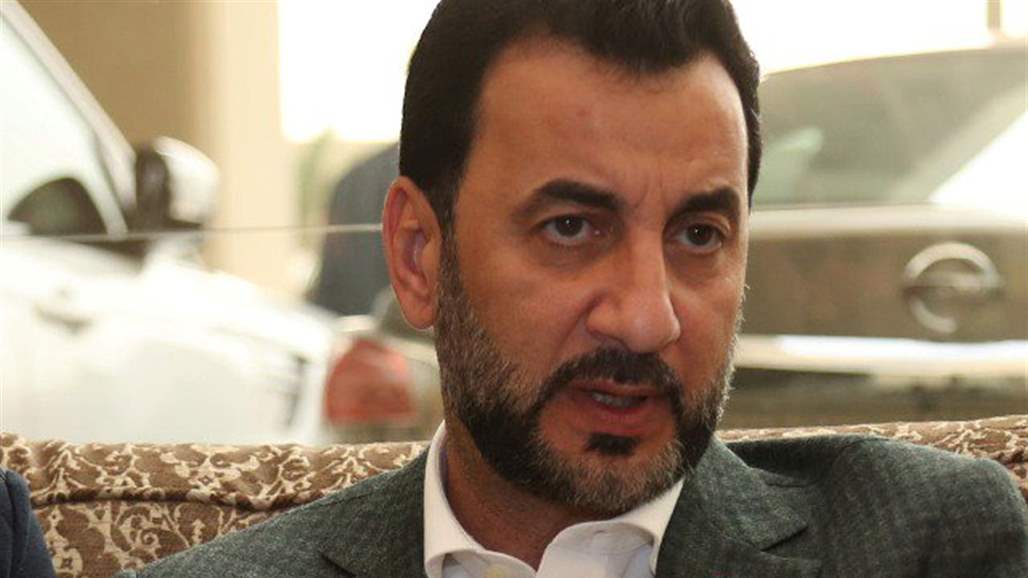 The leader of the National Wisdom Movement, Abdul Hussein Abtan, Thursday, that the demonstrations on Friday will be "peaceful calendar and aims to stimulate to overcome the existing negatives."

Abtan said in a statement received, Alsumaria News, a copy of it, "The demonstration will not be confined to one province, but will include the majority of the Iraqi provinces, specifically in 14 provinces."

Abtan said that "the demonstrators will launch appeals to the government in order to improve the service reality and fight corruption, in addition to the question of limiting weapons to the state."


Abtan said that "the demonstration will have positive results and will strike young people wisdom is a great example of commitment and discipline."

A member of the National Wisdom Movement, Mohamed Elkash, said on Thursday that the demonstrations called for by the current Friday in Basra and a number of provinces will be "peaceful", stressing that the demands of the demonstrators will demand the completion of "important files long-awaited."

The Basra Provincial Council announced on Tuesday (July 16, 2019) that it had asked the Wisdom Movement to "review their matter" within the province, noting that the security of Basra and its stability is the responsibility of all.


On Sunday (14 July 2019), the governor of Basra, As'ad al-Eidani, considered the stream of national wisdom to be "too small to threaten the current." He stressed that no slogan would be raised during the demonstrations which will begin next Friday in Basra and a number of provinces. 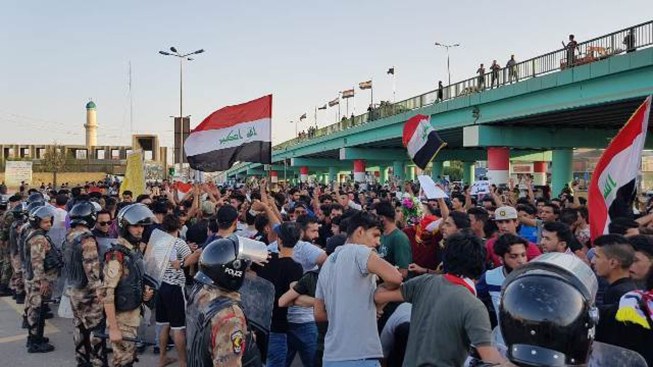 published / Mawazin News /, Friday, the sites of demonstrations called by the current trend of national wisdom, in 14 provinces.

The trend of national wisdom opposition, led by Ammar al-Hakim, has called for a demonstration of millions in 14 provinces, to demand rights and accountability of the defaulters and corrupt and evaluate the performance of government. Ended 29/6 N 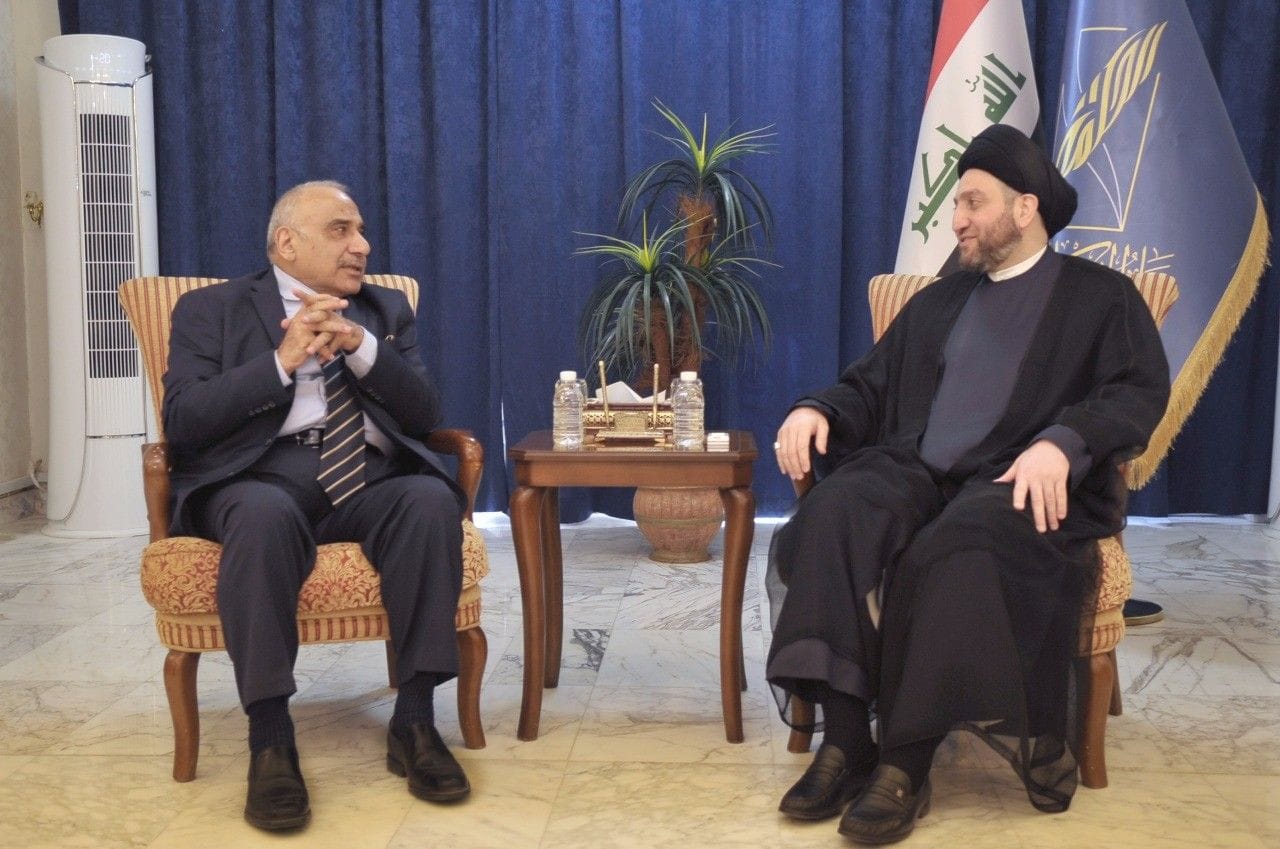 Prime Minister Adel Abdul Mahdi sent an urgent message to the head of the wisdom movement, Ammar al-Hakim, on the demonstrations he called for, while warning him that using the principle of "loyalism and opposition" in Iraq would lead to "serious systemic errors" And March 14 in Lebanon.

The following is the text of the speech:

At the leaders' meeting on July 15, there was a debate about the planned demonstrations and the talk about the opposition and the government. This is why we preferred to write in order to deepen our research, not only between us, but also to a broader circle that serves the interests of the stream of wisdom and other national currents and the maturity of the political and intellectual visions and practices that underpin our political experience.

1 - Mullah and opposition is not accurate concept and will lead its use in Iraq for serious methodological errors, and perhaps transfer us from the Lebanese experience and the experience of March 8 and March 14 based on some similarities between the conditions of the two countries. The same is true of the idea of ​​disabling (the blocking third and the establishment of a caretaker government for several years) and not on the basis of the majority and the political minorities, and we are afraid to transfer to the Iraqi experience only.

2 - The failure to take all buildings may lead to serious glides, Iraq sought to establish a constitutional and democratic system and this system is still fragile and certainly did not settle completely completely and still overlap a lot of quotas and sectarianism and trends of personalization and control, which either resolved by arms or compatibility, In a system based on loyalty and opposition, we will devote a reality to which we publicly declare our rejection.

3 - In the system of loyalty and opposition in Lebanon, the government has been disrupted because of the third disabled, and in our case where there is no one-third disabled in the formation of the government, the disruption will be achieved only using the correct or wrong media pressure forces (media campaigns, coordination, (Such as insurrections, insurrection, revolutions, coups, etc.), and that some of these pressure forces may share democratic practices but may also slip into dangerous practices that are totally contrary to democracy.

4 - We see (and I firmly believe that this is Matronh in the end) that the founding must be based on the majority and the minority constitutional and political all the necessities of the conditions and construction, and this reality did not finish its establishment in Iraq fact, a responsibility not borne by the local government mainly, The former governments, in which we are all partners and all the political forces and we are part of it, and with the failure to do so, and may be because of this rapid slipping to characterize the practice of loyalty and opposition, then we will put ourselves as a virtual opposition based on rejection without building a parliamentary and popular reality If we are in a democratic experiment We are once part of the regime to want to assume its responsibilities, but only to demand its rights, and once part of the outside we do not want to confuse our papers with all that is outside of the facts, circumstances, pressures, enemies and circumstances surrounding our country and our experience and fear. Confusing concepts will lead to serious confusion in practices especially when 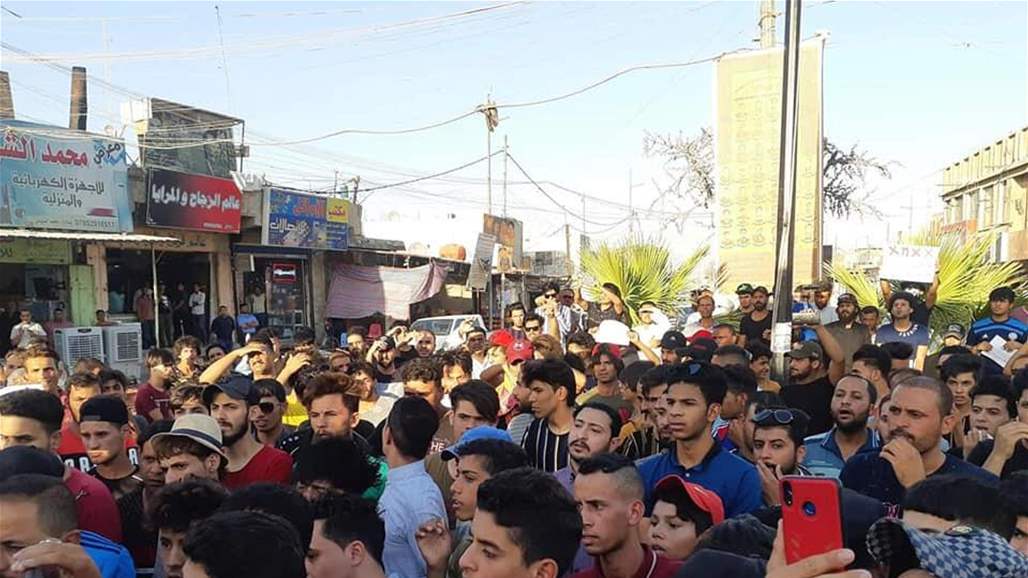 Hundreds of citizens demonstrated in the north of Dhi Qar on Thursday to demand services and the removal of "corrupt officials".

The correspondent of Alsumaria News, said that hundreds of citizens demonstrated, this afternoon, in the district of Rifai north of Dhi Qar for the third week in a row to demand the provision of services and the removal of "corrupt officials" and provide jobs for hundreds of unemployed, especially in the field of oil Gharraf.


Baghdad and several provinces are witnessing from time to time demonstrations calling for improved services, electricity and potable water, and opportunities for the unemployed. 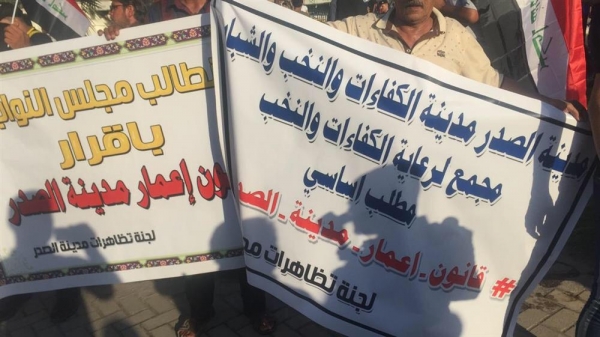 Hundreds of Sadr City residents demonstrated on Monday in front of the local council building demanding better services and job opportunities for the unemployed.

"The demonstrators demanded the passage of a law on the reconstruction of the city and the rehabilitation of the infrastructure ended."

He added that "the demonstrators raised banners condemning corruption and stealing project funds and reconstruction." 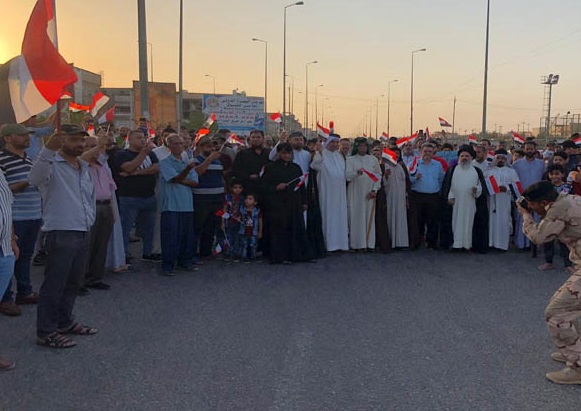 Protests in three Iraqi provinces against abuse of the army 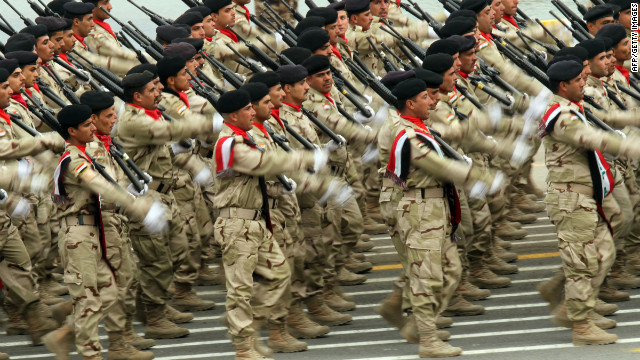 Dozens of activists and a group of citizens staged a pause Friday to reject and denounce the abusive statements of the Iraqi army, on the promenade of Samawah, while dozens of residents of Diwaniya and civil activists staged a demonstration that started from Al-Mawakeb Husseiniya Street to Al-Raya Square to reject the recent statements against the army. Iraqi.

Hundreds of people demonstrated in Basra province on Friday afternoon to protest against the offensive statements against the Iraqi army.

A number of participants in the sit-in organized in Muthanna told the reporter / Mawazine News, they refuse to abuse the Iraqi army of all kinds, pointing out that the armed forces proved to be as responsible when dealing with terrorist groups and the liberation of the land, calling for accountability for those who offend the history of the Iraqi army And for his martyrs.

The participants in the pause raised Iraqi flags and banners calling for solidarity with the army and not allow any party to violate it, demanding to keep the military establishment from political conflicts and not to touch them.