Foreign Minister Mohammed Ali al-Hakim on Wednesday discussed with British Secretary of State for Near Eastern Affairs Andrew Morrison the facilitation of granting entry visas to Iraqis in Britain.

"The two met with British Secretary of State for Near Eastern Affairs Andrew Morrison during his visit to London," the statement said. "The two sides discussed bilateral relations between the two countries."

"Iraq seeks to establish the best relations to serve the interests of the two countries," he said, noting that "Iraq is a fertile environment for investment; because of the wealth of many, and security stability, calling for the need for the participation of British companies in the reconstruction of infrastructure, Development of the country ".

The statement pointed out that "the meeting discussed ways to open new horizons for cooperation between the two countries, and facilitate the granting of entry visas to Iraqis wishing to visit Britain, and the minister thanked and appreciated Britain's support for Iraq, pointing to the need to continue to support friendly countries." 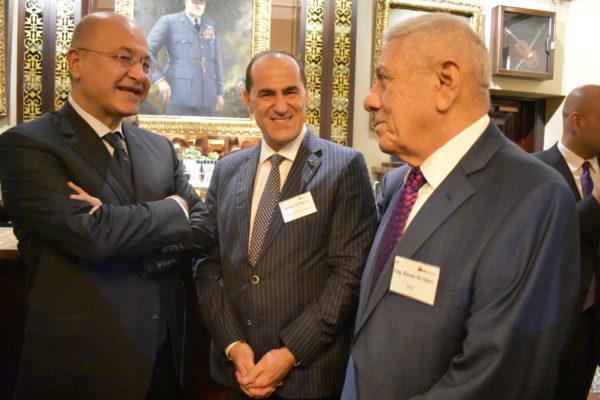 Last night, the Iraq Britain Business Council hosted His Excellency President Dr Barham Salih for a members’ dinner at the Royal Air Force Club in Piccadilly, London. Sponsored by UB Holding, this dinner was part of the first official visit made by a President of the Republic of Iraq to the UK since 2003. In addition to yesterday’s dinner, President Dr Salih will also be meeting with Her Majesty Queen Elizabeth II, and the Prime Minister, Theresa May. President Dr Salih was also joined by a delegation of Iraqi officials and businessmen including Mohamed Ali Abdelamir Mhmood Alhakim, Minister of Foreign Affairs, and Aladin Abdulsahib Hasan Alwan, Minister of Health and the Environment. Rupert Soames, Chief Executive Officer of Serco was present, as was Brigadier James Ellery, Chairman of Turnkey. 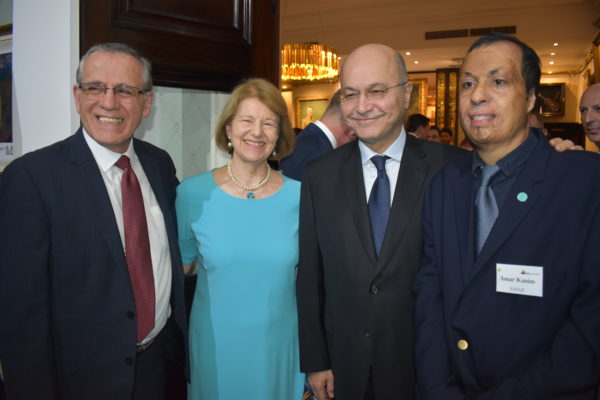 President Dr Barham Salih addressed IBBC and its members after dinner, emphasising Iraq’s potential for the future, as well as his optimism for its economic prospects. Having worked alongside IBBC since 2009, President Dr Salih praised the organisation’s work, and congratulated it for all it had been able to achieve. Christophe Michels, Managing Director of the IBBC said, “We are immensely grateful to have been able to host the President once again. He has been a supporter of IBBC since our inception in 2009, and it was wonderful to mark our tenth year anniversary alongside him”. Baroness Emma Nicholson of Winterbourne, President of the IBBC and the Prime Minister’s Trade Envoy to Iraq, Azerbaijan, Kazakhstan and Turkmenistan was similarly ebullient about the reception and dinner, and delighted that the event was such a success.
For more information on the Iraq Britain Business Council, visit our website at https://www.iraqbritainbusiness.org/
To contact IBBC for Interviews, registration and sponsorship please contact london@webuildiraq.org