By Matthew Hill  and Prinesha Naidoo 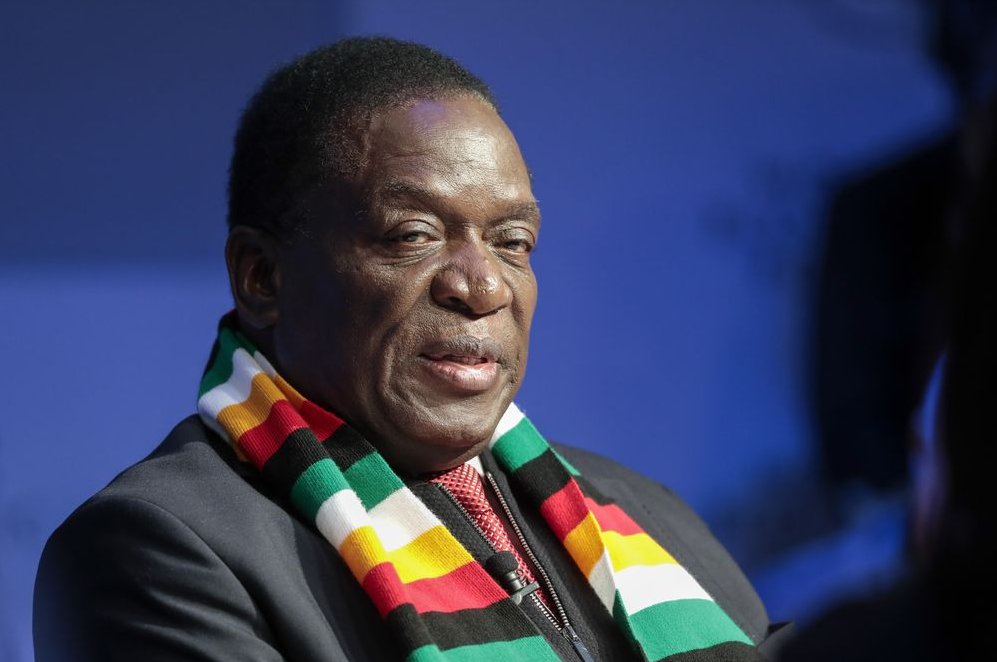 Zimbabwean President Emmerson Mnangagwa and his finance chief want a new currency by March, would seek financing from the International Monetary Fund and may even consider a Eurobond offering as the struggling economy emerges from almost two decades of isolation.

The introduction of a new currency is crucial to his efforts to revive the economy, said Mnangagwa, who secured a five-year term in July elections after the military deposed Robert Mugabe in 2017.

“It is necessary that we have our own currency,” he said in an interview in Maputo, Mozambique’s capital, where he was attending a conference. “I have faith that we’ll achieve that even before the end of the year or by the first quarter of next year.”

The state abolished Zimbabwe’s currency in 2009, after an episode of hyperinflation rendered it worthless. Since then, the southern African nation has used a basket of currencies, including neighboring South Africa’s rand and the U.S. dollar. The country has quasi-currencies known as RTGS, which only exist electronically, and so-called bond notes, though a persistent dollar shortage has led to a precipitous decline in their value.

Mnangagwa said his finance minister, Mthuli Ncube, has prepared the ground for a new currency -- starting with the first budget surplus he can recall in decades.

“I’ve been in government for 38 years as minister and I can’t remember when you ever had a budget surplus,” Mnangagwa, 76, said. “Now, this young man has been able to achieve a budget surplus in less than eight months. So it tells me that what he tells me is possibly true on these issues.”

The government last month agreed on measures to re-engage with the IMF for the first time in more than a decade. Under the arrangement, known as a staff-monitored program, the fund will assess government’s economic progress by the end of January, Ncube, 56, said in the interview.

After that, the government plans to access bridge financing to clear about $1.2 billion of arrears to the World Bank, African Development Bank and the European Investment Bank, he said. Next, is a plan to restructure debt owed to bilateral creditors.

“The first order of business is to clear the arrears and then move onto phase two, which is the bilateral discussions with the Paris Club,” Ncube said. “If it works well in the first phase, it’s the same Paris partners who control those two big institutions that I was talking about, the same people. So if they accept supporting us on the same program with the European Investment Bank, surely they will support us on the bilateral phase as well.”

Asked if Zimbabwe would seek financing from the IMF next year, Ncube said:

“Why not? We can only ask, they can only say no. But if we can get funding from the IMF that would be fantastic. Just additional support on our balance-of-payments position."

And on the possibility of selling dollar debt thereafter:

“It’s possible, I would say late next year. At the moment you cannot go into the Eurobond market, which is commercial debt, while you still owe concessional debt. It doesn’t work like that.”

“So that’s the sequence. Once we have cleared this, at least the preferred creditors in February -- the IMF, World Bank and the European Investment Bank -- then after that point we can go into the market.”

Zimbabwe’s economy grew by an estimated 3.4% last year, according to the IMF, which projects a 2.1% contraction in 2019. Growth will probably be flat this year as a power shortage curbs output, according to Ncube.

“We are weak on the financial side, but it is possible for us to strike a relationship where we can access the amount of power we need from Cahora Bassa,” he said. “I think that is going to be consummated very soon.”

Besides power shortages, there are also self-inflicted risks to Mnangagwa’s hopes of economic revival. The IMF warned last month that the violent repression of protests in August and January set back Zimbabwe’s efforts to re-engage with its external partners.

Since coming to power in November 2017, Mnangagwa has embarked on a drive to lure more foreign investment, touting attractions including the world’s third-biggest reserves of platinum-group metals, the second-biggest biggest reserves of chrome, along with deposits of gold and diamonds.

Officials have announced more than $27 billion of planned investment, including a deal with Russian investors to build a $4 billion platinum mine. A stake that the Zimbabwean military held in that project posed a potential hurdle for its financing, according to people familiar with the discussions. The army is no longer a shareholder, Mnangagwa said. That could make it easier to raise the financing required.

“They have moved out,” Mnangagwa said. “We have removed the Zimbabwe Defence Forces. It’s now owned by a private company. We moved out the army which had initially been part of the shareholding.”

“50% is owned by the Russian company and then 50% by a local Zimbabwean company, which bought out the army,” he said. “We consummated this a few weeks ago, very recently.”

Two years ago, the country produced about 18 metric tons of gold. Last year it increased to about 33 tons, and output will probably grow to 40 tons this year. In four years’ time, the plan is to reach 100 tons of gold output yearly.

— With assistance by Antony Sguazzin

(Updates with IMF comments in the first paragraph before Growth Forecasts subheadline.)