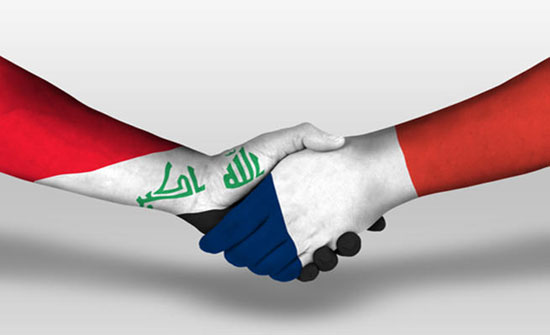 The
Minister of Transport, Abdullah Laibi, and his French counterpart, Elizabeth Bourne, discussed on Thursday the opening of a direct flight between Baghdad and Paris and lifting the European air embargo imposed on the national carrier planes.
In a statement received by Mawazine News, a copy of which was received by Prime Minister Adel Abdul Mahdi, Minister of Transport Abdullah Laibi visited Paris on Thursday, met with his French counterpart Elizabeth Bourne at the Ministry of Transport To discuss the prospects for joint cooperation between the two countries in the field of transport. "
"The ministry is seeking to develop the reality of Iraqi air transport by opening a direct flight line (Baghdad-Paris) (Paris-Baghdad) to provide direct air transport services to the Iraqi community in France," he said.
He added that "the priorities of the Iraqi Ministry of Transport to provide technical and logistical support to support Iraqi Airways and the Civil Aviation Authority to lift the European air embargo imposed on the national carrier aircraft, through the sending of specialized teams and advisory joint airlines and civil aviation to support the achievement of international standards."
For her part, Bourne welcomed "the visit of the minister and his accompanying delegation," stressing the "support of Iraq through the General Company of Iraqi Airways and the Minister agrees visions about the opening of the direct air route between Iraq and France."
The visit of the Minister of Transport to France came at the invitation of his French counterpart to participate in the 53rd International Aviation and Space Exhibition (SIAE) and visit the headquarters of the international airlines companies, namely Boeing, THALES, Airbus, ADPi.