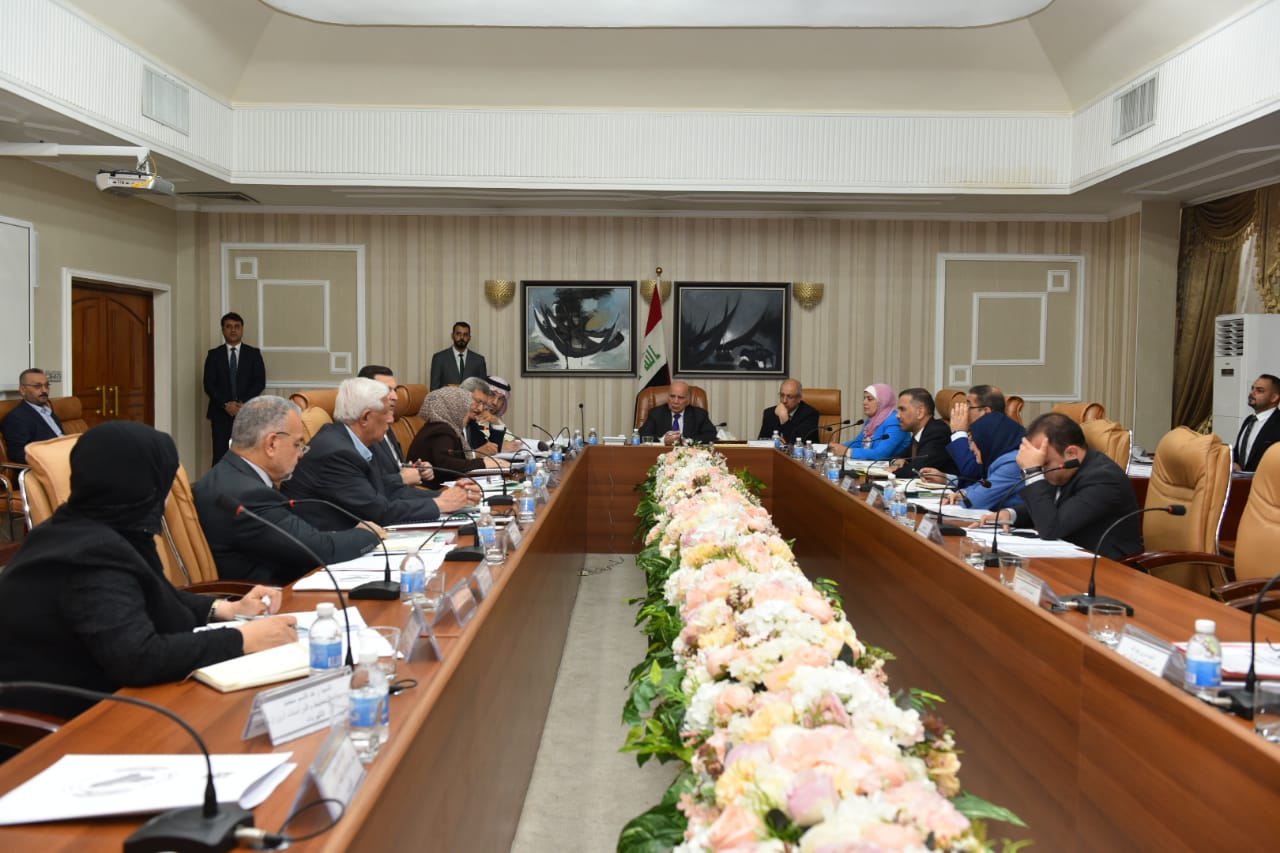 Chaired by Deputy Prime Minister for Economic Affairs and Finance Minister Mr. Fuad Hussein , an expanded meeting of the Commission on the numbers of Strategy of the state budget for the year 2020_2022 at the ministry 's headquarters

During the meeting, which was attended by a number of members of the Finance Committee in the House of Representatives and the Undersecretary of the Ministry of Finance and managers of banks and bodies discuss the strategic objectives of Rafidain and Rashid, which seek to lead to achieve stability and financial inclusion and sustainable economic development through strengthening and diversifying banking operations and strengthening the role of the bank in the national economy Ensuring a competitive environment, ensuring the best banking services and seeking an international partnership with global banking and financial institutions

The bank also discussed the future visions of the Agricultural, Industrial and Real Estate Bank, and discussed ways to increase revenues, expand bank capital, modernize the mechanisms of disbursement of loans, automate the bank's work and contribute effectively to the development of the agricultural sector. As for the Industrial Bank, the bank directed to finance various projects of various types, granting loans and facilities to industrial projects, On the policy of reducing interest rates on loans and facilities and increase the capital of the bank, which is of great importance in the implementation of projects and future plans and seeks to expand the bank base and the opening of new branches either goals The real estate bank seeks to achieve the principle of financial stability of the bank and support economic activity and stimulate housing loans for individuals and companies as discussed the goals and visions of the future of the Department of Public Debt main objective is to reduce borrowing in general and increase payments and activate the secondary market for securities in cooperation with the Central Bank and the Iraqi market

The meeting was attended by Directors General of the Ministry of Finance and other ministries and governorates.