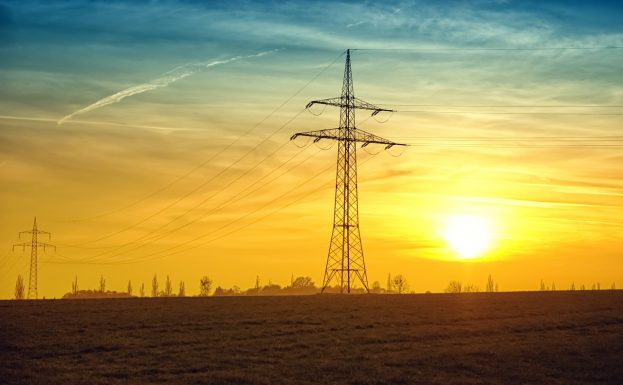 By John Lee.
General Electric (GE) is reportedly expected to win a large share of the multibillion-dollar contracts to rebuild Iraq’s electricity system.
According to a report from Reuters, “under U.S. prodding, Iraq is asking both Siemensand GE to bid on contracts and expects to make awards to each of the companies“.
Following a hotly-contested competition last year, it was agreed that Siemens and GE would share the work to upgrade they system, with GE supplying 14 gigawatts (GW), and Siemens 11 GW.
The Financial Times subsequently reported that the deals were not certain to be approved.
(Source: [url=https://www.reuters.com/article/us-iraq-power/ge-poised-for-significant-power-orders-in-iraq-after-u-s-push-sources-idUSKCN1TF24I?utm_campaign=993258_17%2F06%2F2019&utm_medium=email&utm_source=Arab British Chamber of commerce&dm_i=3PDZ,LAEI,36UAVV,2B2QS,1]Reuters[/url])


NEW YORK/BAGHDAD/WASHINGTON (Reuters) - General Electric Co potentially stands to win a large share of multibillion-dollar contracts to rebuild Iraq’s electricity system, reflecting a change in how Iraq intends to award the work after the United States lobbied for GE, according to sources familiar with the matter.

Iraq signed five-year “roadmap” agreements with GE and Siemens AG last October under which the country plans to spend about $14 billion on new plants, repairs, power lines and, eventually, equipment to capture for use natural gas that is now being flared off.

In awarding projects to Siemens in April, however, Iraq’s prime minister said the German company was well-placed to win the bulk of future deals.

But sources familiar with all three sides of the matter told Reuters that, under U.S. prodding, Iraq is asking both Siemens and GE to bid on contracts and expects to make awards to each of the companies.

“Political pressures on the Iraqi government ... pushed the Abadi government to change plans and allow GE to get on board,” an Iraqi electricity ministry official with knowledge of GE and Siemens activities in Iraq told Reuters, referring to former Prime Minister Haider al-Abadi.

“It was obvious for us the U.S. government was not happy with Siemens taking over the megadeal alone without any chance for GE,” the official said. “Talks are underway to decide about mid- and long-term contracts, which we expect to be divided between them.”

Iraq’s electricity ministry did not respond to requests for comment.

A U.S. State Department official confirmed that the U.S. pressed Iraq in GE’s behalf. “Harnessing the innovative capabilities of U.S. companies like GE is an essential component of our strategy to expand economic ties and increase foreign investment to help Iraq rebuild,” the official said.

The sources, who spoke on condition of anonymity, said Iraq will be awarding contracts in three phases over the next four years.

“It is not one winner takes all,” said one of the sources. “It’s an ongoing process that you have to work at every level.”

Siemens and GE have supplied generation plants and other electrical equipment to Iraq for decades. Many of these assets need to be refurbished and upgraded after years of war, creating substantial scope for work by both companies.

Since October, GE has signed agreements to upgrade, maintain and rebuild facilities to boost generation capacity by 5,000 megawatts, according to sources familiar with the situation. The Boston-based conglomerate also included as part of the October roadmap two 750 megawatt plants Iraq ordered in 2017, the sources said.

Siemens said it took “one first major step toward the actual implementation of the roadmap” when it signed an agreement with Iraq on April 30 that lays out projects, budgets and timelines. The April agreement includes three contracts worth about 700 million euros for a new 500-megawatt power plant, upgrades to 40 gas turbines and new substations.

Iraq is one of the few bright spots in a shrinking global market for fossil-fuel power plants and equipment. The country’s peak power needs outstrip its generation capacity by one-third, and the gap is expected to widen as Iraq’s economy grows, the International Energy Agency said in April.

Difficulty working in the war-torn country and the uncertainty about Iraq’s funding likely will limit the payoff for the companies, two industry experts said. But new orders are vital for Siemens and GE, which are both cutting capacity in response to a steep drop in orders for large turbines.

[size=16]Reporting by Alwyn Scott in New York, Ahmed Rasheed in Baghdad and Timothy Gardner in Washington; Editing by Steve Orlofsxky