Parliamentary Committee: The financial waste of the contract of the Arab Petroleum Company amounted to 460 billion dinars

Parliamentary Committee: The financial waste of the contract of the Arab Petroleum Company amounted to 460 billion dinars

[size=36]Parliamentary Committee: The financial waste of the contract of the Arab Petroleum Company amounted to 460 billion dinars[/size] 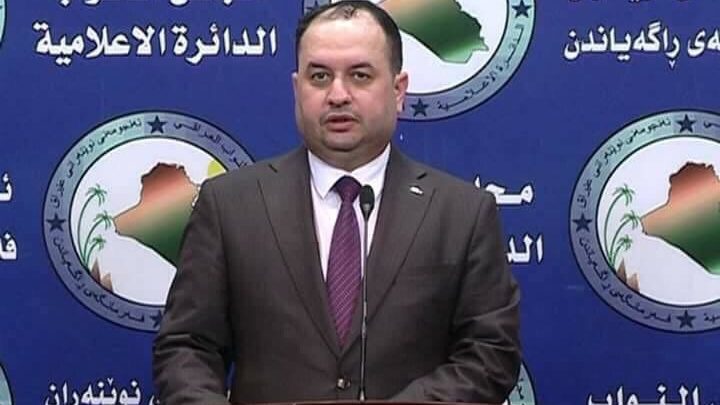 The oil and energy committee in the House of Representatives, Saturday, that the financial waste of the Arab Petroleum Company's contract amounted to 460 billion dinars.
"At a time when we confirm our support for the construction of a fleet of Iraqi oil tankers and the restoration of the leading role of the Iraqi oil tankers in the field of transport of crude oil, which was practiced during the seventies and eighties of the last decade," said a member of the committee, Jamal Mohammedawi.
He added: "We would like to clarify that under the information and documents we obtained, we found that there was a waste of public money caused by the management of the current oil tanker company, estimated at billions of dinars due to discounts for the Arab Marine Oil Transport Company, Which is sold exclusively to this company without a competitor and as of (1 July 2017), we addressed a parliamentary question to the Minister of Oil in our letter No. 202 on 27 January 2019 for the purpose of verification of the subject and identify the responsible and the negligence that caused waste of public money.
He pointed out that "in the same regulatory context we addressed a parliamentary question to the President of the Office of Financial Supervision in our book 205 on January 30, 2019, in which we called for a check in the records of the Iraqi oil tankers to verify the existence of waste in public money on the contract of the Arab Maritime Transport Company on Same subject ".
He continued: "For its part, the Iraqi Oil Tanker Company, pursuant to its No. 3643 (10 April 2019), responded to our parliamentary question, in which it agreed to change the formula for calculating the price of black oil exported and to give discounts in the sale of black oil to the Arab company, In the sale price of black oil for quantities sold to the Arab company compared to contracts that were concluded by the company carriers with other companies to sell this product before 1/7/2017.
He pointed out that "the tanker company justified the reasons for reducing the selling price of the Arab company to an increase in the quantities sold to it (which amounted to 600 thousand tons per month). This is contrary to the conventional commercial concepts that increasing the quantities processed for companies means increasing profit margins, Which provides the company with the opportunity to achieve greater profits for its monopoly the process of trading in this article, especially that the Iraqi black oil is characterized by qualitative specifications, which makes it very desirable in international markets.
He added: "The response of the Federal Financial Supervisory Bureau to confirm what we mentioned in the parliamentary question above, where the Federal Financial Control Bureau proved in his letter No. (10494) on (May 7, 2019) that the oil tanker company was given discounts and offset the calculation of the price of black oil, (Without any bidding) through the partnership contract between the said company and the tanker company in addition to granting the Arab company the right to determine the lowest price through the development of several ways to calculate the price.
Al-Mahmoudawi said that "these measures caused the reduction of the price of selling black oil to the Arab company by 58 dollars per tonne (compared with previous contracts) and waste in public money by reducing the revenues of the state achieved from this activity, With the following:
First: Grant a discount (13 dollars per ton) to the Arab company entitled Storage and unloading fees, while this discount was not awarded in the previous contracts
Second: In the contract of the Arab company, the formula for calculating the selling price was changed to be (monthly average price of fuel oil) (Monthly average price of oil for black + monthly rate of bunker price) \ 2, which led to a reduction in price by (15 dollars per ton)
Third: No fixed sale price in the Arab contract and give several ways to calculate the price Or the following month or five days before and after the day of loading) where the SAI noted through the Accurate sales in 2018 that is selected the lowest price for the Arab company, where we indicated through the information provided by the debt in his book in this regard that the amount of reduction amounted to (29 dollars per ton).
He pointed out that "the oil tanker company has shown that the above discount was granted on the basis of the approval of the previous administration of the Ministry of Oil on the recommendations of the Board of Directors in the fifth session of 2018 and under the company's book No. 185 on 15/5/2018.

He added that according to the information provided and based on the report of the Office of Financial Supervision, which proved the waste of public funds up to (460 billion Iraqi dinars) according to the export rates of 600 thousand tons per month and based on the facts and between them and from the position of responsibility in the exercise of our supervisory role according to We call on the Prime Minister (Chairman of the Supreme Council for Combating Corruption) and the Deputy Prime Minister for Energy to take the following actions:
First: The Ministry of Oil to stop the oil tankers from the practice of exporting black oil, which has caused loss and waste in public money estimated (460 billion Iraqi dinars) for the reduction and discounts in the Arab Petroleum Company without any standards or controls, which is a clear violation of what is stated In the book of the Secretariat of the Council of Ministers / Legal Department No. 22440 on 26/6/2018, which includes that the oil marketing company is the window oil and gas and the marketing of petroleum products out of Iraq exclusively
Second: conducted an investigation to determine the responsibility of the previous administration of the Ministry of Oil in the waste of public money caused by Management of Nakilat (460 billion Iraqi dinars) for reductions and discounts granted to Arab Petroleum Company without any criteria or controls.