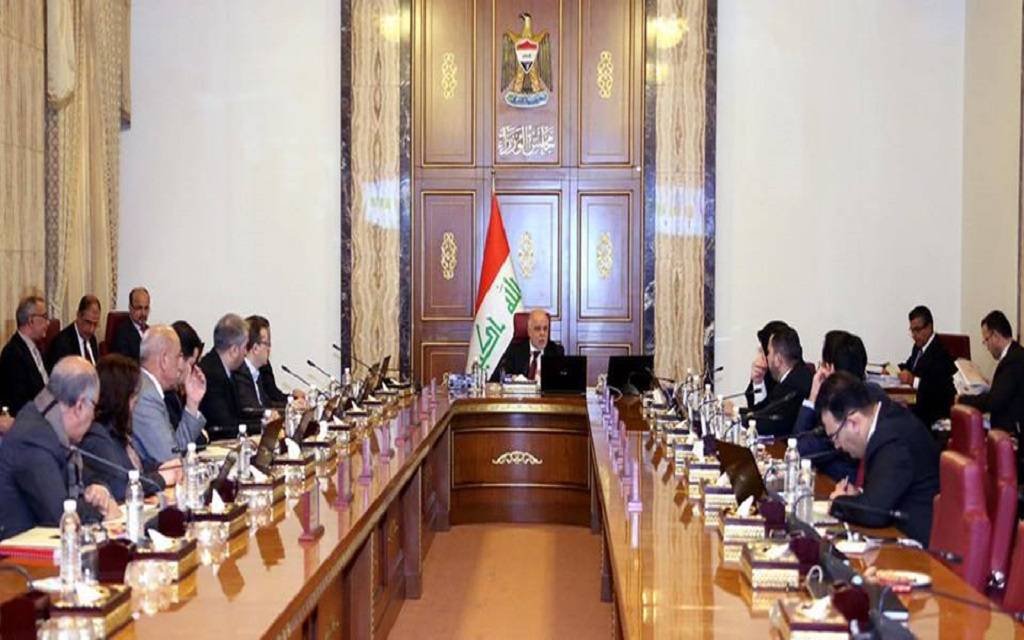 Direct: The Iraqi Council of Ministers, at its twenty-second ordinary session, held last week, a meeting in the capital Baghdad to discuss and approve the investment plan for the province of Kirkuk.

The decision, according to a statement from the Secretariat of the Council of Ministers, on Sunday, the meeting within 10 days, and re-presentation of the subject again to the Council, to grant the governor the authority to approve the reconstruction plan of the province.

The Council of Ministers approved the draft amendment of the third law of the implementation of irrigation projects No. 138 of 1971, and referred to the House of Representatives.

According to the statement, the amendment stipulates that the competent department must submit an application for acquisition or extinguish the right of disposal to the competent court 30 days after the expiry of the disclosure and assessment.

Agency of the orbit -
Baghdad

Prime Minister Adel Abdul-Mahdi announced on Tuesday the decisions of the Council of Ministers during the meeting held today, noting that the most prominent suspension of previous cabinet resolutions from July to October last.

The Office said in a statement received 'orbit', a copy of it that 'the Cabinet held its regular session chaired by Prime Minister Adel Abdul Mahdi'.

He added that 'the Council of Ministers issued several important decisions on the agenda related to the sectors of electricity and ration card, energy and oil'.


He added that 'the Prime Minister opened the session briefly on the government's efforts to follow up and strengthen the state of security stability and the steps of the last government to open the Green Zone and vision to find solutions to various issues and needs of citizens in all provinces.

According to the Bureau, the Council of Ministers issued the following decisions:

Second: Authorize the Ministry of Electricity to continue contracting to dismantle the bottlenecks that occur in the summer.

Fourth: Authorization of the Ministry of Commerce to continue contracting on processing ration items after 15/12/2018.

Fifth: Presenting and discussing the national efforts of e-government and ways of getting rid of the routine and simplifying procedures. .

Seventh: Approval of the draft law of Iraq's accession to the International Convention on Load Lines for 1966 and the amended protocol for 1988 in 2003.

VIII / Adoption of the recommendations of the consultative meeting on contracting with foreign companies. End 3 a