Industry: Protect 90 products from import and impose 100% on the same importer

Industry: Protect 90 products from import and impose 100% on the same importer

[size=36]Industry: Protect 90 products from import and impose 100% on the same importer[/size] 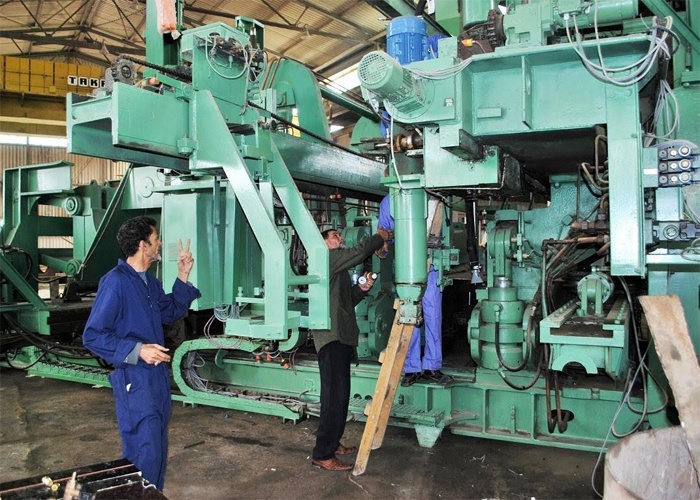 Baghdad - Mawazine News The
Ministry of Industry and Minerals revealed on Saturday its efforts to boost local production and gradual transition to self-sufficiency, stressing the protection of 90 products of import and impose a 100% customs duty on the imported product.
"We have prepared plans for a gradual transition to meet the needs of the market and to strengthen the local product by combating dumping, which dominates the local market, as it works to obtain government decisions to support the industrial process and revive the economy," media spokesman Abdul Wahid al-Shammari said in a statement quoted by the semi-official Sabah newspaper. The country by promoting and adding a package of production lines. "
Al-Shammari pointed out that "the decisions to protect the local product, aimed at protecting local products, which is a step in the right direction to build an Iraqi industry that can compete and contribute to economic development," explaining that "the protection of local product means the imposition of 100% To be produced by the local industry with international standards and reasonable prices, and after the products get international certificates of their advantages.
He added that his ministry "followed a qualitative approach to production rather than quantitatively relying on German, French and British laboratories to raise the level of general production, and by doubling the production lines that recently entered the country, as well as the quality of the product and the promotion of efficient production lines to compete for all imported goods."
The Spokesman pointed out that "the past months, witnessed the completion of 12 miscellaneous service projects, including three investment files in the field of military industries and vegetable oils, and prepare a feasibility study to establish military industries that enhance the country's security capabilities."
He added that "it included the study of the establishment of small and medium projects by the private sector, as well as the Directorate General for Industrial Development recorded 700 industrial projects for the period from 1 August 2018 to 30 April of this year, as well as the completion of the project of the second building of antibiotics in the General Company For the manufacture of medicines and medical supplies ".
He added that the works also included the completion of the first phase of the rehabilitation and start-up of the experimental operation of the General Company for Petrochemical Industries, and it is hoped to inaugurate production in early July, in addition to the completion of the rehabilitation of the vegetable oil production line at Imam Ali Al Hadi factory in Maysan province. The next few months "

Most users ever online was 2065 on Mon Apr 09, 2012 5:34 pm
Latest topics
» The Minister of Planning discusses with the local Baghdad government ways to improve the reality of services and enhance joint cooperation