The slogan of the Iraqi Trade Bank «Economy News»

Economy News Baghdad
The Iraqi Trade Bank announced the transfer of half of its profits of 106 billion dinars to the State Treasury.

"The external auditor has completed the audit of the financial statements of the bank for the year 2018, where 50% of the net profits of the bank for the year 2018 were transferred to the public treasury of the state equivalent to (106,445,010,000) (one hundred and six) One billion four hundred and fifty-five million and ten thousand Iraqi dinars). "

"Our bank is working and growing at a steady pace to develop its business and strengthen its work inside and outside the country, which contributes to increasing the financial work it provides and in turn leads to increased profits," he added.

He pointed out that "from this principle we work hard and firm to strengthen the state treasury on a continuous basis to support the government steps and comply with the directives of Prime Minister Adel Abdul Mahdi, which directed the institutions of the state to work to maximize national production in all sectors and return in turn positive outcome on our beloved country. 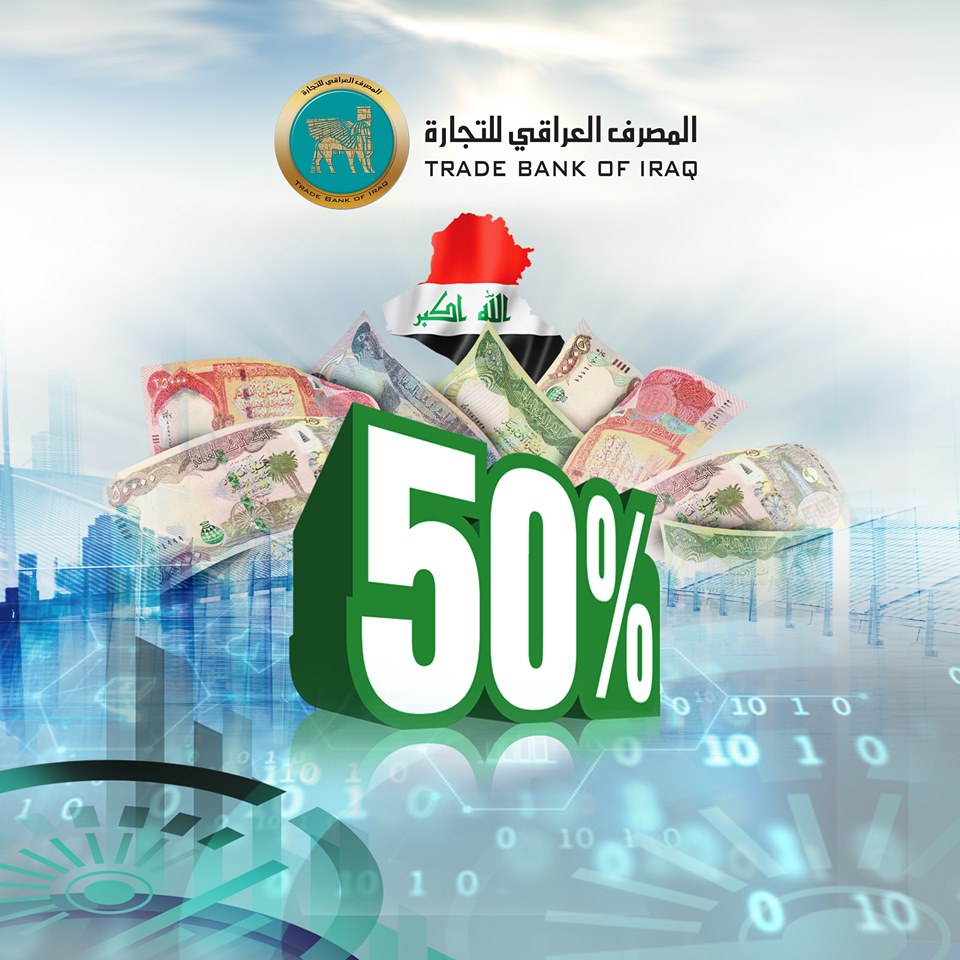 [rtl]In support of the economy of our beloved country and the strengthening of the treasury of the financial state, Mr. Faisal Al-Hims, Chairman of the Iraqi Trade Bank and Chairman of the Board of Directors announced the end of the external auditor of the audit of the financial statements of the Bank for the year 2018, where 50% of the net profit of the bank for the year 2018 was transferred to the State Treasury, equivalent to (106,445,010,000) ) (One hundred and six billion four hundred and fifty-five million and ten thousand Iraqi dinars).[/rtl]
[rtl]He added that our bank is working and growing steadily to develop its business and strengthen its work inside and outside the country, which contributes to increasing the financial works it provides and in turn to lead to increased profits. Based on this principle we work hard and firmly to strengthen the state treasury on a continuous basis to support government steps and comply with directives. Prime Minister Dr. Adel Abdul Mahdi, who directed the institutions of the state to work to maximize national production in all sectors and return in turn positive impact on our beloved country.[/rtl]