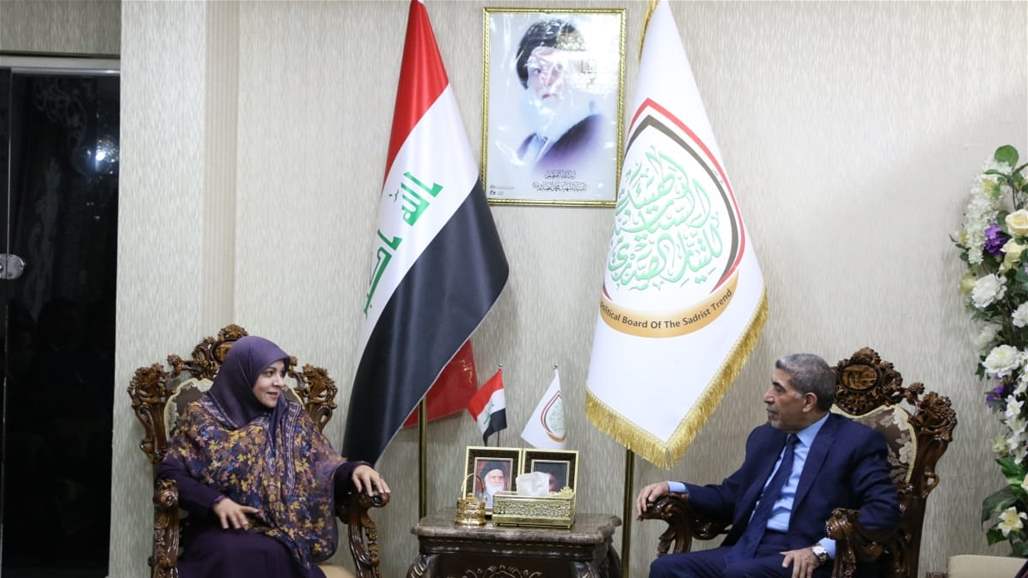 The head of the movement will of Hanan al-Fatlawi and head of the political body of the Sadrist movement Nassar al-Rubaie, on Tuesday, the need to expedite the completion of the government cab.

"A delegation from the movement of will headed by Hanan al-Fatlawi visited the political body of the Sadrist movement and met with its president Nassar al-Rubaie and some of the deputies of the bloc of Sason."

He added that "the political situation and prospects for future cooperation in the House of Representatives have been discussed to serve the citizens through the enactment of important laws and the need to expedite the completion of the government cab and the termination of agencies in special grades."

The office pointed out that "the two sides discussed the need for communication between the political forces and end cases of separation between them to serve the public interest as was the dialogue on the role of Iraq in reducing tension in the region, especially in the US-Iran crisis."