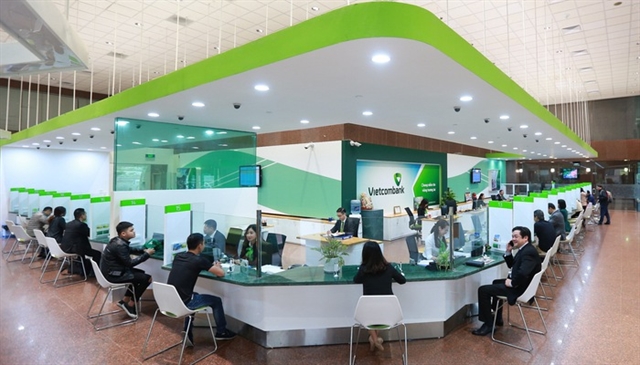 HÀ NỘI The financial capacity of Việt Nam’s credit institutions has solidified in recent years, with their charter capital reaching VNĐ578.9 trillion (US$24.85 billion) by the end of the first quarter 2019.

The SBV’s report also showed the institutions cleaned up VNĐ907.3 trillion of non-performing loans (NPLs) from 2012 to the end of the first quarter 2019, of which VNĐ163.14 trillion worth was settled in 2018 alone.

By the end of the first quarter this year, many banks, such as Vietcombank, BIDV, Sacombank, LienVietPostBank and HDBank, also posted a decline in bad debt ratios compared to the beginning of the year.

Indeed, the institutions have intensified their bad debt settlement by restricting the transfer of bad debts to the VAMC and handling bad debts through debt sale, collateral assurance and risk provisions.

Vietcombank, for example, recovered VNĐ8.86 trillion of bad debts by the end of March 2019, representing 71 per cent of the total projected for 2016-20.

Phạm Mạnh Thắng, deputy general director of Vietcombank, said Vietcombank had utilised its resources to recover bad debts. It required its branches with a bad debt ratio of 3 per cent or more, or those with the total amount of VNĐ50 billion in bad debts or more, to establish a bad debt settlement board.

As a result, Vietcombank’s total bad debt stood at more than VNĐ6 trillion by the end of March, helping its bad debt ratio of total outstanding loans plunge to 1.03 per cent. The bank aims to cut the rate to below 1 per cent.

Notably, the legal framework had improved, with some fundamental amendments made to mechanisms and policies to assist credit institutions in restructuring and handling of bad debts.

The SBV recently drafted a circular to replace the SBV’s Circular No. 19/2013/TT-NHNN prescribing the purchase, sale and settlement of the VAMC’s bad debts. Accordingly, those still reporting outstanding special bonds of the VAMC would not be allowed to pay dividends in cash.

Domestic banks have acknowledged that they are currently in the process of restructuring and settling bad debts. Therefore, profits are mainly used for their provisions while some decline to make dividend payments to shareholders. VNS