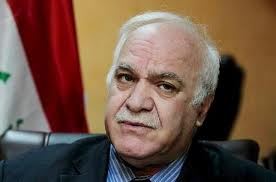 Revealed Advisor and Deputy Governor of the Central Bank of Iraq the appearance of Mohammed Saleh, a proposal made by the aim to form a committee consisting of a number of deputies and representatives of the Council of Ministers and the Central Bank, to study the process of deleting the zeros of the Iraqi currency.

Saleh pointed out in a statement to PUKmedia , Wednesday, that the committee will be in the same time, the decision-maker in the case study and its agreement regarding the deletion of three zeros from the Iraqi currency, indicating that the deletion of zeros is the restructuring of the currency and reduce the amount of circulation, saying it would reduce the throwing order arithmetic In addition to reducing the number of leaves.

Salih noted that it must issue a new currency commensurate with the new phase, because Iraq is over a period of conflict and war, stressing the need to reduce inflation in the new phase, in addition to that the banks have become not bear the amount of money and the account, noting the lack of coins and small metal long for old paper and up to 30 years.

It is noteworthy that some economists believe that Iraq is ready for the time being to delete the zeros of the dinar, pointing out that the deletion needs to be a security and political stability as well as economic stability.

The Finance Committee of the House of Representatives has revealed for PUKmedia , as for the General Secretariat of the Council of Ministers called on the central bank to wait in the issue of replacing the Iraqi dinar.

She said committee member Najiba Najib in an earlier statement PUKmedia , the central bank at the last meeting with the Finance Committee confirmed the completion of preparations to alter the currency, noting that the bank received a letter from the General Secretariat of the Council of Ministers invites him to wait and without setting a date certain.

Najib added that the Secretariat of the reasons attributed to patient demand factors, notably the rise of the dollar, and the need to maintain currency stability and lack of effect on the replacement market and the total inflation.

The member of the Committee Deputy Qusai al-Abadi said in a statement earlier PUKmedia , that the real value of the dinar match the price set by the Bank in light of improved economic conditions and witnessed by the Iraqi market of recovery, stressing that the exchange rate at 1000 dinars to the dollar needs a longer time, denied that Central Bank has set a date for the process of determining the price for a thousand.

Re: Saleh: CBI reveals formation of a committee to make a decision to delete the zeros of the dinar

well time to shit or get off the pot. if you have meetings you might have an answer by the end of this decade