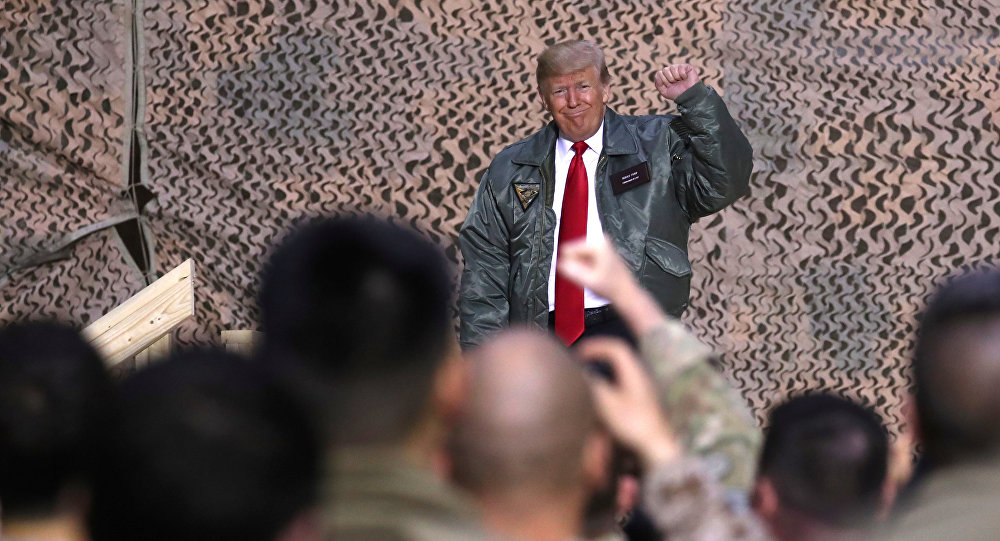 
The Iraqi Foreign Minister, Mohammed al-Hakim, details the visit of US President Donald Trump to the base of Ain al-Assad, during the New Year holidays earlier this year.
He said Hakim in an interview for the program "right of reply" broadcast by the Sumerian satellite , that Prime Minister Adel Abdul Mahdi, who refused to meet Trump that day.
"The visit of the US president to Iraq was not undeclared. The prime minister informed me of this visit since 10 am on the day of Trump's visit and told me that he would visit the base of Ein al-Assad to celebrate with the American soldiers there," he said. Republic also visit. "
He explained that "after that we began to discuss the mechanisms of reception and meeting and how to benefit from this visit, and we communicated with the US Embassy in Baghdad to discuss these things, was supposed to go to the Prime Minister to receive Trump at the base, the visit was supposed to last for three hours, but The American side told us that the visit would last only two hours, and the time to meet Abdul Mahdi is 15 minutes. "
Hakim said that "Abdul-Mahdi rejected the idea of ​​the meeting after consulting his advisers who told him that 15 minutes is not enough to sit at one table and discussed a number of issues and agendas with the US President."
He pointed out that "the decision of Abdul-Mahdi not to go to the base of the eye of Assad is to preserve the sovereignty of Iraq, and then was agreed with the US side to have a telephone contact between Abdul Mahdi and Tramb, and that and lasted the call for eight minutes, and Trump told Abdul Mahdi that he was waiting for him. Washington after praising Iraq and his new government. "