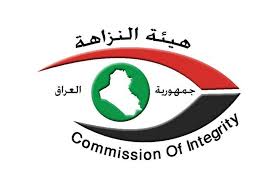 Baghdad - Mawazin News
Revealed the Directorate of Investigation Commission Integrity in the province of Nineveh, on Sunday, the seizure of six transactions of the advances of more than 48 billion dinars in the Office of the province, indicating that it is liquidated for the purpose of distribution between the committees to implement the work on the restoration of stability for 2018.

The Directorate, Said in a statement received by Mawazine News that its procedures, which were taken to follow up the funds disbursed before the removal of the former governor of Nineveh, "led to the seizure of six advance payment transactions to the payment committees in Diwan Governorate The budget of the operational rate of (30) percent, "noting that" the amounts of advances (48,077,125,0000) billion dinars have not been settled until the day of implementation of the control, as well as the absence of any cash in the Office of the province. "

She added that her preliminary investigations led to "the seizure of two members of the receiving committee, which were presented with the criminal probes seized by the competent investigative body, which decided to arrest them, based on the provisions of Article 315 of the Penal Code."

It is noteworthy that the Commission revealed on the twenty-second of last April on the fate of the funds that were withdrawn before the dismissal of the governor of Nineveh former, confirming that the composition of a high-level investigative team; to investigate and investigate information about withdrawing funds from the funds allocated to restore stability in the province, Follow-up of the amounts that were seized of the priorities which amounted to (76 billion,000) billion dinars, after the seizure of 14 officials and staff in the office of Nineveh province and more than 15 billion dinars were entrusted. End 29 / a 43