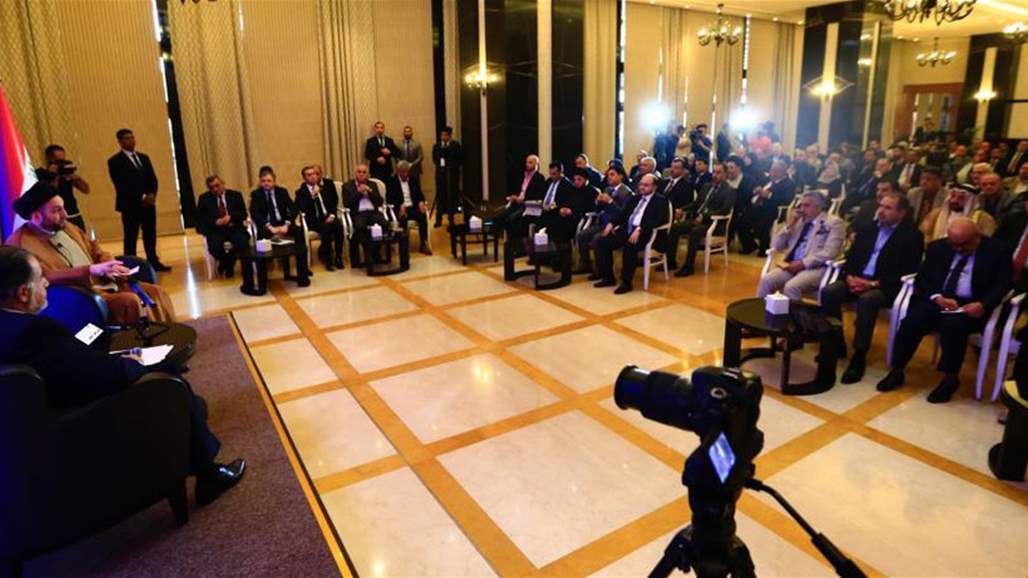 The head of the National Wisdom Movement, Ammar al-Hakim, on Saturday, to convince the people a clear and concrete plan to combat corruption, calling for the need to stir up enthusiasm in society towards real reform.

"Any reform process without a clear vision can not be productive," Hakim said during a meeting at the Rafidain Center for Dialogue on Political Reform and the Challenges Facing it. "Political reform and the development of the political system must be commensurate with the scale of developments and developments, .

"Although we have presented a constitution that sets out a new philosophy, legislation is the same as that of the previous regime," al-Hakim said. "It has to be reviewed and amended in line with our new reality."

"The reform should be characterized by seriousness, radicalism, inclusiveness, gradualism, continuity and specialization," Hakim said, calling for "the need to stir up enthusiasm in society towards real reform rather than slogans and building a political and social alliance that is responsible for reform."

"The importance of reviewing the structure of the state and building new institutions that are consistent with the steps of reform, and that the rigid view of the mentality of the administrative system in the country is in need," al-Hakim said. To serious review to achieve a real administrative revolution. "

"The real criterion for the success of the service program presented by the government is the popular and elitist impression of the implementation of this program."

"We should not just make up the Supreme Anti-Corruption Council, but we must convince the people that there is a clear and concrete plan to fight corruption by effectively addressing the corruption phenomena that are constantly worsening," Hakim said.