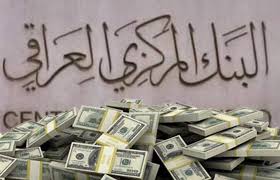 BAGHDAD / The Parliamentary Finance Committee confirmed on Sunday, May 12, 2019, that there are people who are tired of political parties that run corruption in the Central Bank, while promising to disclose corruption files belonging to government banks soon. Committee member Magda al-Tamimi said in a statement, "It opened The file of the corruption of banks, and the first bank was the Rasheed Bank, and revealed the misappropriation of 6 billion dinars, and presented this file to the Integrity Commission, and has 30 files of corruption on the Rasheed Bank, all ready, "asserting that" it has files of corruption on other banks, And will be presented successively. "Al-Tamimi said that" there are people in the Central Bank are The beneficiaries of corruption in the Central Bank, affiliated to political parties, and their account will be very soon, "adding that" the banking sector in which corruption issues large, and is privatized by the Finance Committee and other deputies, will be presented to public opinion. "Earlier, The role of the Central Bank allowed the smuggling of a huge amount through the auction of the sale of currency reached 1.5 trillion dinars in favor of a bank Ahli with political roots, entitled "suspicious report." The document that "the Office of Reporting on money laundering in the Central Bank of Iraq sent a detailed report to the prosecution in the Rusafa on 7 April 2015, indicating a suspicious movement The report pointed out that the movement of these funds (amounting to 1.5 trillion dinars), and was strengthened to support the participation of the bank (m.) Ahli in the currency auction managed by the bank Central Iraq.