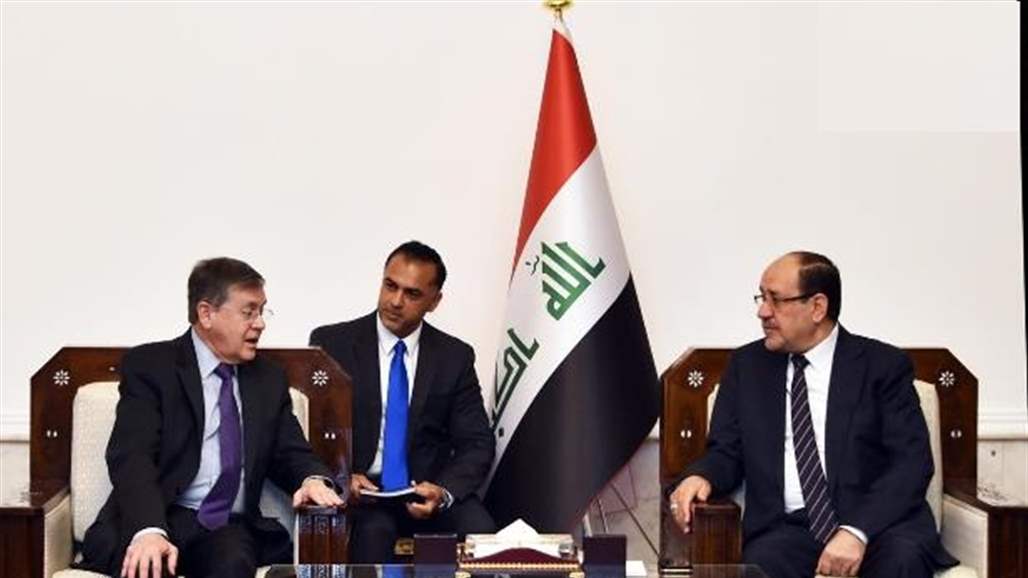 The head of a coalition of state law, Nuri al-Maliki, on Wednesday, the need to keep Iraq out of any conflict, pointing to the importance of respect for Iraq's sovereignty.

"The head of the coalition of state law, Nuri al-Maliki, received at his office today Assistant US Secretary of State for Near East Affairs, Ambassador David Satterfield ," Maliki's office said in a statement received by Al-Maliki . "The strategic partnership between Iraq and the United States And discussed the issues and challenges in the region, and the efforts to reach political solutions to them, in addition to the efforts of the war on terrorism.

Maliki stressed during the statement, "the importance of strengthening bilateral relations between the two countries," noting that " Iraq adopts the establishment of bilateral relations with the countries of the world, working to foster common interests in different areas, and to meet common challenges."

The head of the coalition of state law on the "importance of the removal of Iraq from any regional or international conflict and the need to respect the sovereignty, and the adoption of dialogue approach to resolve all crises and conflicts," pointing to the need to " Iraq is not a starting point to attack others."

In turn, Satterfield praised "the relations and joint work that was accomplished during the time of Maliki's premiership," praising "his great role in the development of bilateral relations."

Re: Maliki to US official: Iraq must be removed from any conflict and the need to respect the sovereignty