The Director General of Oil Products Distribution Company, Kazem Masir Yassin, announced on Tuesday the increase in the allocated amount of gas oil product (kerosene) for residential generators in all governorates for the month of May to be twice the amount scheduled for last month.
"We have increased the share of gas oil to 20 provinces in Baghdad, Najaf, Karbala, Basrah, Maysan, Dhi Qar, Muthanna, Diwaniya, Babel, Diyala and Wasit, Kirkuk," Yassin said in a statement. For each kva and at the official subsidized price, under the guidance of the Minister of Oil and follow-up of the Undersecretary of the Ministry of Distribution, in conjunction with the holy month of Ramadan in an effort to maintain electricity and provide citizens.
He added that "the processing of generators private sector and mixed for those provinces of those wishing to the amount of 5 liters per kva of gas oil at the commercial price of 700 dinars per liter while the state generators were equipped with five liters for each kva at the official price."
For his part, the director of the processing equipment distribution company that "the increase included the districts and districts in the provinces of the western region (Nineveh, Salah al-Din and Anbar) and decided to supply twice the amount last month to be 30 liters per kva of gas oil for residential generators in areas not equipped with national electricity, And 20 liters per kva for residential generators in areas that are equipped with (5 to 10) hours of national electricity, and 10 liters per kva for residential generators in areas equipped with a rate of (15-20) hours of national electricity and subsidized official price.
He added, "while the state circuit generators were equipped with 10 liters of gas oil per kva and according to the controls, as for the departments of the state where there is national electricity is processed according to the hours of cutting."
He stressed that "the process of processing is according to the controls and instructions and after confirmation of the work of these generators and processing of the mentioned areas with the necessary electrical power, in addition to the processing of private generators and mixed in these provinces 5 liters per kva and commercial price.
Yassin pointed out that "the system of privatization equipped housing areas subject to this system in the province of Baghdad in the amount of 5 liters per kva of gas oil product for the current month for a price for the purposes of processing power, in addition to the processing of generators of the circuits of the state under the same system, "He said.

Pearl Petroleum to Raise Funding for Kurdistan Investment
7th May 2019 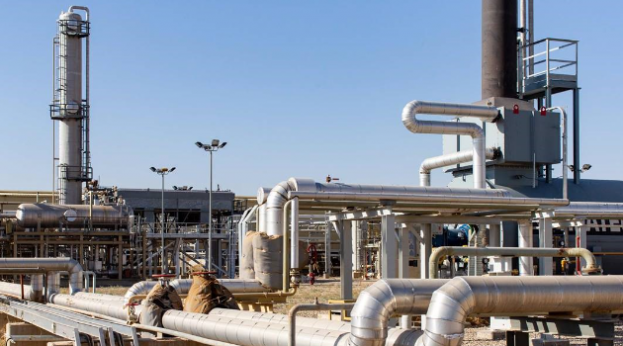 By John Lee.
Pearl Petroleum is reportedly planning to raise additional funding for its drilling and development in Iraqi Kurdistan,
According to Reuters, Patrick Allman-Ward, the chief executive of Dana Gas, which is the majority owner of Pearl Petroleum, told reporters that the funding will “comprise a mix of bank debt, a bond, Exim bank financing as well as contractor and vendor financing.”
The company is developing that Khor Mor and Chemchemal gas fields in Iraqi Kurdistan.
(Source: Reuters)