The Washington Post reports that al-Baghdadi offered his support for the perpetrators of the attacks on Christians in Sri Lanka; Ben Hall reports from London. #Outnumbered #FoxNews

America vows leaders «dashing» after the emergence of Baghdadi History: 01 May 2
The United States has vowed to track down the leaders of the "Daqsh" organization, who are still at large, and defeat them wherever they may be. Political and security analysts believe that the emergence of a leader of the organization, Abu Bakr al-Baghdadi, in the recording of a new video is an attempt to stabilize the other leaders of the organization, To the theory of «land versus power», the fact that the organization spread in new places, losing ground in Iraq and Syria, a theory was adopted in the wars of traditional gangs old, without noting the technological and political change.

"The US-led coalition against the extremist organization will fight all over the world to ensure a permanent defeat for these terrorists and will bring leaders who are still at large to justice to receive the punishment they deserve," the State Department said.
A statement issued by the ministry said that "the intelligence is trying to identify the authenticity of the video in which the leader of the organization of Abu Bakr al-Baghdadi appeared." He pointed out that "the battle against the organization is not over, and our specialists will review this registration, and we will return to the elements of intelligence to verify his health."
The US State Department considered that "the international coalition of the defeat is urging, continue to exert pressure in Syria and Iraq, and around the world, to ensure the permanent defeat of these terrorists, and to bring their leaders to the justice they deserve."

Try to prove there

Political analyst Saher Abdullah notes that the leader of an advocacy organization did not come up with something new in his talk of proliferation, because he had already announced several years ago that "states" in Indonesia, Malaysia and elsewhere, without any influence on the balance of power, and now, after the defeat In Iraq and Syria, the organization has lost ground and power, and there are few bases left, militarily and politically.
Abdullah explains that the theory of "land and power" applies to a preacher, not vice versa. The more he concentrates on winning power, the more the land loses. The more he spreads to gain the land, the less power is lost. After its scandals and atrocities, and the emptiness of its backward ideological bases.

I thought they said he was killed at least 5 times by gurus, at least the gurus are   constant between that and the rv never right

Because of the appearance of the assistant Baghdadi wearing a Saudi dress .. Al Saud fans are floundering

[size=30]Because of the appearance of the assistant Baghdadi wearing a Saudi dress .. Al Saud fans are floundering[/size]

[rtl]Although the Saudi regime and its clerics, who are trying to publicize their image through large media arsenals, have not been ashamed of their terrorist acts, which have killed millions in Iraq, Syria and Yemen, they have failed to counter terrorism charges for their criminal regime.[/rtl]
[rtl]This is why the Saudis are incensed by any reference to terrorism, even if this reference is not addressed to them.[/rtl]
[rtl]The last of these signs that angered the Saudi regime, and tried to appear to the world that they have no association with the criminal Abu Bakr Baghdad, is the appearance of one of the assistants of this criminal in the latest video wearing a Saudi.[/rtl]
[rtl]However, the criminal Baghdadi attributed himself to the Saud in terms of not aware and this was the reason for the emergence of angry reactions from the pioneers of social networking sites, the heroes of the foot of the Saud, the video that has recently spread to the terrorist "Abu Bakr al-Baghdadi," which appeared in the talk of defeats Who was subjected to vengeance and vowed revenge on his first appearance five years ago, and considered the Saudis that the video abuse them and stands behind a conspiracy to distort it after the emergence of the closest aides to "Baghdadi" in Saudi dress.[/rtl]

A report reveals the whereabouts of al-Baghdadi: a sympathetic leader imitating bin Laden 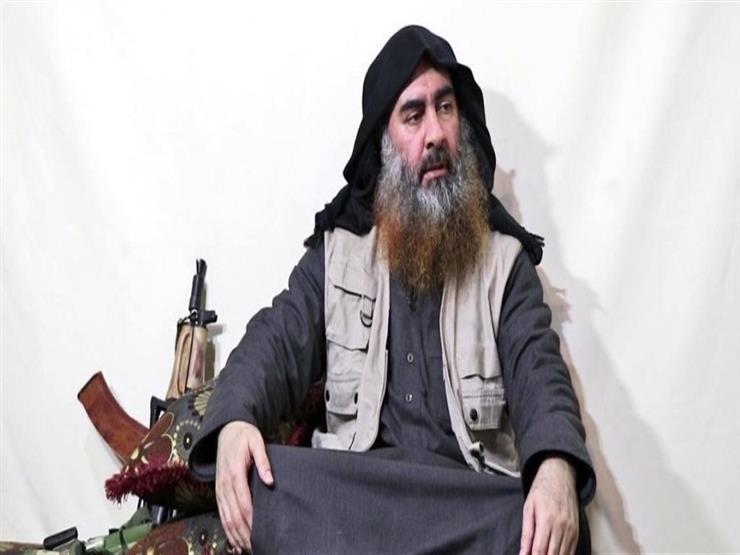 The Times published a report by Richard Spencer entitled "Leader of the Organization of Islamic States imitates bin Laden."
Spencer said the US-led coalition had vowed to defeat the leaders of the Islamic state organization after Abu Bakr al-Baghdadi, the organization's leader, appeared in a new video to threaten more "terrorist" attacks around the world.
"Many analysts and diplomats believe that al-Baghdadi now lives either in western Iraq or in areas controlled by the Syrian government," he said.
He added that "the video did not give any details about where he is hiding Baghdadi."
"State regulation continues to carry out attacks in Syria and Iraq, and foreign officials believe that the organization has about 15,000 elements," he said.
"We are continuing our mission to fight back, by tracing sources of funding, recruiting new elements and cooperating with other extremist attacks," the report quoted coalition spokesman Col. Scott Rawlinson as saying.
Al-Baghdadi's last video, which lasted about 18 minutes, said it was recorded to show clearly that the organization wanted to draw the attention of the world to a global "terrorist" campaign.
Baghdadi appeared in the video wearing a khaki vest and a Kalashnikov in the same way that he used to photograph Osama bin Laden before he was killed.
Experts believe that al-Baghdadi's image in bin Laden may be because he wants to present himself as one of the most impressive jihadists.
He concludes by saying that the video shows al-Baghdadi as being preoccupied with the day-to-day affairs of the organization and that he is closely managing the affairs of the organization.

BAGHDAD (Reuters) -
The US military's defense network on Friday revealed the reasons for the leader of the terrorist organization to reappear in a video after nearly five years of concealment.

The network said in its report, "Al-Ghad Press", that al-Baghdadi "and as in the mosque of the Nuri Declaration Caliphate, is now trying to accept defeats and announce the re-birth of the Caliphate, different from what it was."
"Taking al-Baghdadi's dangerous decision, such as appearing in a video clip, must have been motivated by the existence of benefits that are beyond the danger, including proving that the organization still has a face," said al-Baghdadi. "Terrorist cells dispersed around the world, .
"Al-Baghdadi is trying to sell the ideology of the organization now to external buyers mostly from the Sahara in Africa and some Central Asian countries," she said. "Baghdadi's emergence is the most necessary if the organization wants to preserve its idea of ​​being an institution after the defeats in Iraq. Syria, and the loss of what was the source of his power previously, the territory controlled by.
The leader of the terrorist group, who appeared in a video a few days ago, was speaking to a group of terrorist princes about a new "strategy" that must be followed after the elimination of his presence in Iraq and Syria.